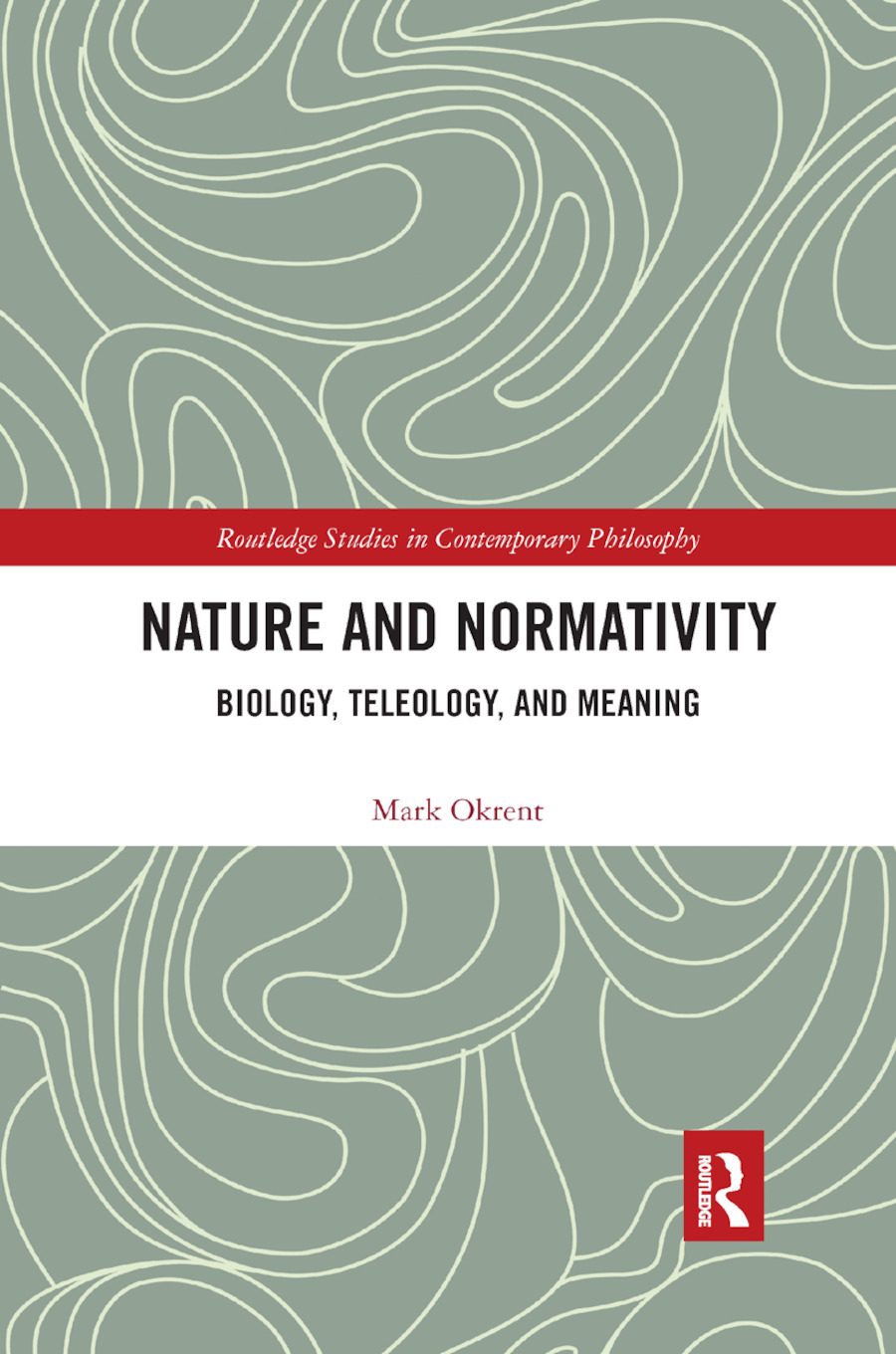 Nature and Normativity argues that the problem of the place of norms in nature has been essentially misunderstood when it has been articulated in terms of the relation of human language and thought, on the one hand, and the world described by physics on the other. Rather, if we concentrate on the facts that speaking and thinking are activities of organic agents, then the problem of the place of the normative in nature becomes refocused on three related questions. First, is there a sense in which biological processes and the behavior of organisms can be legitimately subject to normative evaluation? Second, is there some sense in which, in addition to having ordinary causal explanations, organic phenomena can also legitimately be seen to happen because they should happen in that way, in some naturalistically comprehensible sense of ‘should’, or that organic phenomena happen in order to achieve some result, because that result should occur? And third, is it possible to naturalistically understand how human thought and language can be legitimately seen as the normatively evaluable behavior of a particular species of organism, behavior that occurs in order to satisfy some class of norms? This book develops, articulates, and defends positive answers to each of these questions.

"Okrent provides a complex naturalistic account of norms and normative behavior. In contrast to the Kantian view that normative behavior demands an agent capable of rational representation of norms, Okrent's position is that the teleological explanations of the behavior of nonhuman organisms succeed without appeal to abstract representation on the part of the organism. Summing Up: Recommended." -- CHOICE

1. Norms and the Response to Norms

6. Language and the Ability to Criticize Norms

Mark Okrent is Professor of Philosophy at Bates College, USA. He is the author of two books, Heidegger’s Pragmatism: Understanding, Being, and the Critique of Metaphysics (1988) and Rational Animals: The Teleological Roots of Intentionality (2007). He has also published on a wide range of topics, including intentionality, teleology, Pragmatism, Heidegger, Davidson, Kant, and Hegel, among others.