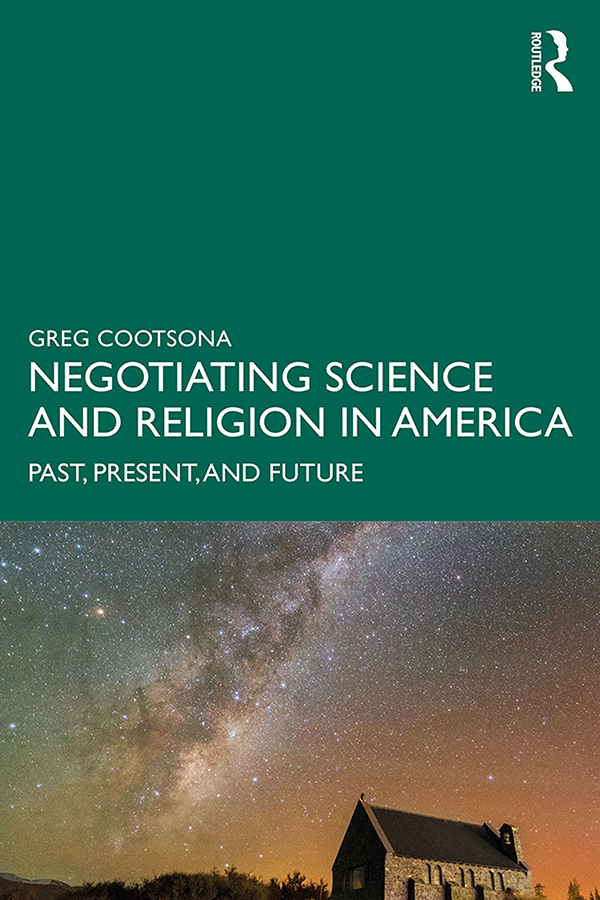 Negotiating Science and Religion In America

Past, Present, and Future, 1st Edition

Science and religion represent two powerful forces that continue to influence the American cultural landscape. Negotiating Science and Religion in America sketches an intellectual-cultural history from the Puritans to the twenty-first century, focusing on the sometimes turbulent relationship between the two. Using the past as a guide for what is happening today, this volume engages research from key scholars and the author’s work on emerging adults’ attitudes in order to map out the contours of the future for this exciting, and sometimes controversial, field. The book discusses the relationship between religion and science in the following important historical periods:

This is the ideal volume for any student or scholar seeking to understand the relationship between religion and science in society today.

Cootsona’s work is the first contemporary book I have read that marshals a true intellectual history in the service of situating where we are now as a society in terms of the relationship between science and religion.

This is consequential work.

2. The Problems of Defining Science and Religion

9. The Present: The Third Millennium and Three Representative Voices

10. The Future and its Contours: Religious Individualism and Tinkering

11. The Future and Its Contours: Major Trends

Appendix A: Summary of Negotiating Science and Religion in America

Appendix B: 2020 Notes on Topics for Today and Future

Greg Cootsona is Lecturer in Comparative Religion and Humanities at California State University, Chico, USA. He is the author of Mere Science and Christian Faith: Bridging the Divide with Emerging Adults (2018) and C. S. Lewis and the Crisis of a Christian (2014).