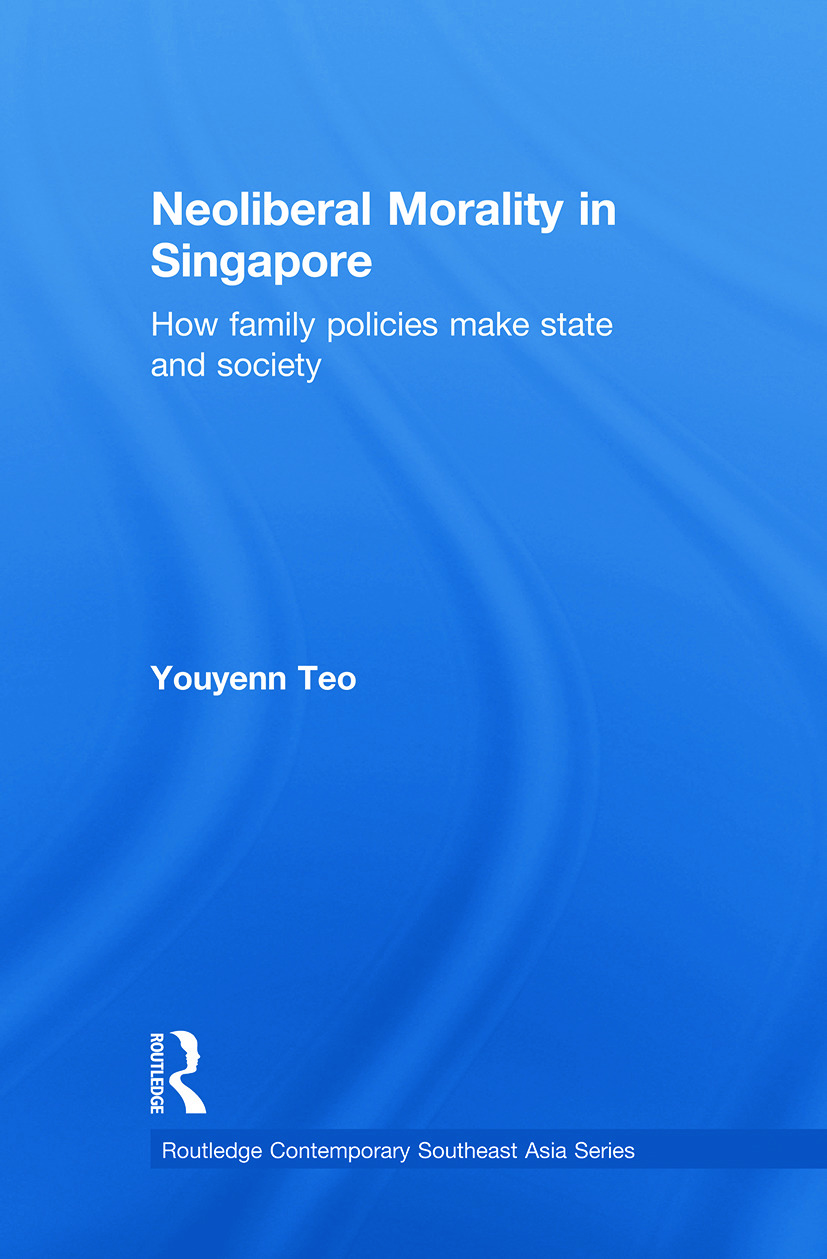 Using the case study of Singapore, this book examines the production of a set of institutionalized relationships and ethical meanings that link citizens to each other and the state. It looks at how questions of culture and morality are resolved, and how state-society relations are established that render paradoxes and inequalities acceptable, and form the basis of a national political culture.

The Singapore government has put in place a number of policies to encourage marriage and boost fertility that has attracted much attention, and are often taken as evidence that the Singapore state is a social engineer. The book argues that these policies have largely failed to reverse demographic trends, and reveals that the effects of the policies are far more interesting and significant. As Singaporeans negotiate various rules and regulations, they form a set of ties to each other and to the state. These institutionalized relationships and shared meanings, referred to as neoliberal morality, render particular ideals about family natural. Based on extensive field work, the book is a useful contribution to studies on Asian Culture and Society, Globalisation, as well as Development Studies.

"Teo has provided a tightly argued and stimulating treatment of family policies in Singapore and their acceptance among the populace through her analysis of the findings of interviews with ordinary Singaporeans. Much more than this, she has developed it into a key element of a sophisticated treatment of state-society relations in Singapore. This is a welcome addition to the literature on society and governance in this unique city-state." - Gavin W. Jones, National University of Singapore; SOJOURN: Journal of Social Issues in Southeast Asia Vol. 27, No. 2 (2012)

1. Let's apply for a flat: the State and Family in Singapore 2. Paradoxes of State Rule 3. 'Typically Singaporean': Producing Singaporean Society 4. Singaporeans Complain: Producing the State through the Limits of Dissent 5. Family/Culture as Constraint: the Production of a Conservative Political Culture 6. Neoliberal Morality Appendix A: Studying a big state and a 'docile' society Appendix B: Interview Schedule

Youyenn Teo received her PhD in Sociology in 2005 from the University of California at Berkeley. She was a postdoctoral fellow at the Asia Research Institute at the National University of Singapore from 2006-7, and is currently an assistant professor in the Division of Sociology at the Nanyang Technological University.

Her research examines state-society relations, citizenship and welfare, gender and class inequalities as generated by social policies. Her writings have been published in Critical Asian Studies; Signs; Population, Space and Place; Economy and Society. She edited a special issue in Economy and Society titled "Asian Families as Sites of State Politics" (August 2010, Vol. 39, Issue 3). Her current work looks at welfare policies and their conceptualization in Singapore.