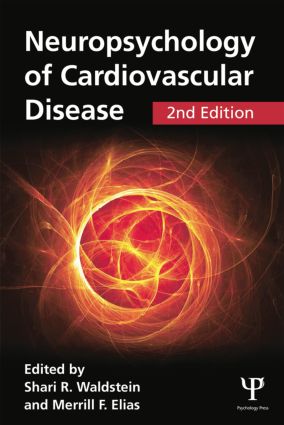 Cardiovascular disease (CVD) is the leading cause of morbidity and mortality in the United States and most westernized nations. Both CVDs and their risk factors confer substantial risk for stroke and dementia, but are also associated with more subtle changes in brain structure and function and cognitive performance prior to such devastating clinical outcomes. It has been suggested that there exists a continuum of brain abnormalities and cognitive difficulties associated with increasingly severe manifestations of cardiovascular risk factors and diseases that precede vascular cognitive impairment and may ultimately culminate in stroke or dementia.

This second edition examines the relations of a host of behavioral and biomedical risk factors, in addition to subclinical and clinical CVDs, to brain and cognitive function. Associations with dementia and pre-dementia cognitive performance are reported, described, and discussed with a focus on underlying brain mechanisms. Future research agendas are suggested, and clinical implications are considered. The volume is a resource for professionals and students in neuropsychology, behavioral medicine, neurology, cardiology, cardiovascular and behavioral epidemiology, gerontology, geriatric medicine, nursing, adult developmental psychology, and for other physicians and health care professionals who work with patients with, or at risk for, CVDs.

"For those who want to understand what happens to the brain and the mind, in the presence of cardiovascular disease and increasing age, as measured by neuropsychological tests, the book is a goldmine of information" - Julia Segal, Neuropsychoanalysis

"The generation of data on the neurobehavioral effects of cardiovascular disease and its risk factors has greatly accelerated over the past 15 years. This timely update of Waldstein and Elias’ pioneering first edition provides a comprehensive and authoritative discussion of this expanding field. A particular strength of this edited book is that its authors have thoroughly integrated neuropsychological findings with sophisticated models of the biological substrates of cardiovascular disease." – Gregory G. Brown, Professor, Department of Psychiatry, University of California, San Diego, School of Medicine, USA

"I commend this book for all those interested in the biomedical basis of the links between cardiovascular disease and the mind. It crosses an important professional divide and will inform and fascinate readers who approach the subject irrespective of whether their starting point lies with cardiology or psychology." – Gary L. Jennings, Director, Baker IDI Heart and Diabetes Institute, Australia

1. The Effects of Tobacco Smoke on Cognition and the Brain Gary E. Swan. and Christina N. Lessov-Schlagger

Merrill F. Elias, PhD, MPH, FAHA, is Professor of Psychology and Cooperating Professor, Graduate School of Biomedical Science and Engineering at the University of Maine.