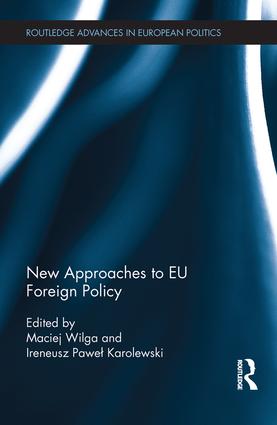 EU foreign policy once existed in the form of the European Political Cooperation with only a limited political leverage and symbolic institutional underpinnings. In recent years rapid changes have occurred, including an expanding institutional apparatus, increased responsibility and growing demand for action.

This book examines new approaches to the EU’s foreign policy that address its rapidly changing character, presenting the newest theoretical perspectives and dealing with novel empirical developments. Rather than simply considering structural variations and changes in the agency of the EU, it explores the new complexity in EU foreign policy. The authors offer new theoretical perspectives and new empirical studies dealing, among others, with issues such as:

This book will be of interest to students and scholars of European politics, European foreign policy and European integration.

Chapter 01: Why is there a Need for New Approaches to EU Foreign Policy? (Ireneusz, Paweł Karolewski/Maciej Wilga)

Chapter 02: The EU’s ‘External Action’ According to the Lisbon Treaty: Institutional Choices and Their Explanations (Finn Laursen)

Chapter 03: Approaches to Delegation in EU Foreign Policy: the Case of the Commission (Hylke Dijkstra

Chapter 04: The High Representative the European External Action Service: Towards the Institutional Coherence in the Case of the Eastern Partnership (Monika Sus)

Maciej Wilga is a Senior Lecturer at the Department of Political Science of the University of Innsbruck, Austria.