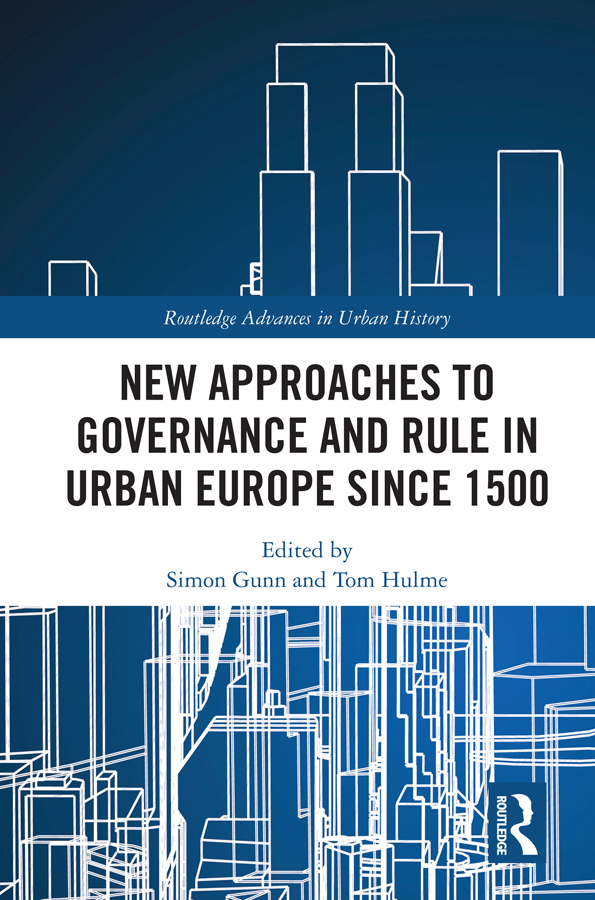 New Approaches to Governance and Rule in Urban Europe Since 1500

Urban power and politics are topics of abiding interest for students of the city. This exciting collection of essays explores how Europe’s cities have been governed across the last 500 years. Taken as a whole, it provides a unique historical overview of urban politics in early modern and modern Europe. At the same time, it guides the reader through the variety of ways in which power and governance are currently understood by historians and new directions in the subject.

The essays are wide-ranging, covering Europe from Scandinavia to the Mediterranean, Russia to Ireland, between 1500 and the 20th century. Each chapter employs a specific case-study to illuminate a way of examining how power worked in regard to topics such as women, popular culture or urban elites. A variety of approaches are deployed, including the study of ritual and performance, morality and conduct, governmentality and the state, infrastructure and the individual.

Reflecting the state of the art in European urban history, the book is essential reading for anyone interested in the study of urban politics and government. It represents a fresh take on a rich subject and will stimulate a new generation of historical studies of power and the city.

1. Reassessing Power and Governance in Late Medieval Cities: Institutions and the Cursus Honorum

3. Governing Taste: Fin-de-SieÌcle Cracow, Its Museums and the Urban Elite in the Shaping of the Modern Metropolis

Part II: Behaviour and the Governing of Morality

Part III: Urban Rituals and the Performance of Power

6. The St Francis Housing Project: Rituals, Symbols and Discourses in Housing Policies in Rome After the Second World War

Part IV: Governmentality and the State

8. The Foundation of St Petersburg as a Variation upon Foucault’s Governmentality: The Russian Service City, 1703–1740

10. "A Community Not Our Own": Urban Enclosure and Spatial Governmentality Under Fascism

12. Heterodoxies: New Approaches to Power and Agency in the Modern City

Simon Gunn is Professor of Urban History at the University of Leicester.

Tom Hulme is Lecturer in the School of Anthropology, History, Philosophy and Politics at Queens University, Belfast.

This series showcases original and exciting new work in urban history. It publishes books that challenge existing assumptions about the history of cities, apply new theoretical frames to the urban past and open up new avenues of historical enquiry. The scope of the series is global, and it covers all time periods from the ancient to the modern worlds.