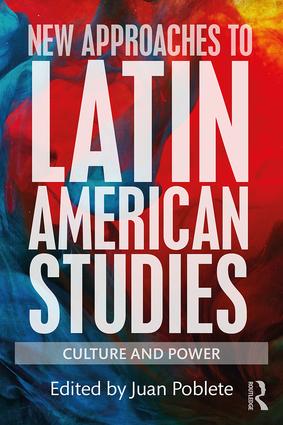 Academic and research fields are moved by fads, waves, revolutionaries, paradigm shifts, and turns. They all imply a certain degree of change that alters the conditions of a stable system, producing an imbalance that needs to be addressed by the field itself.

New Approaches to Latin American Studies: Culture and Power offers researchers and students from different theoretical fields an essential, turn-organized overview of the radical transformation of epistemological and methodological assumptions in Latin American Studies from the end of the 1980s to the present. Sixteen chapters written by experts in their respective fields help explain the various ways in which to think about these shifts. Questions posited include:

'What is the status of theoretical thinking about Latin America? New Approaches to Latin American Studies: Culture and Power includes thought-provoking and engaging answers to this question offered by contemporary thinkers and critics who trace the genealogies, challenges, and contributions of sixteen "turns" or paradigm shifts in the critical engagement of Latin America as an object and subject of study.'

'What a wonderful set of mappings of the analytical and theoretical frameworks that have informed Latin American Studies and of the salient texts that pioneered these frameworks! They shed new light for seasoned scholars, not to mention for those engaging this highly transdisciplinary field for the first time. Juan Poblete has gathered the very best writers to focus on the various scholarly turns, enabling the reader not only to understand how Latin American realities are understood at different junctures but also how those turns, often initially formulated elsewhere, developed and how they have been adapted. This book is a must for every student of Latin America in the humanities and social sciences.'

11. The Turn of Deconstruction

14. The Gender and Sexuality Turn