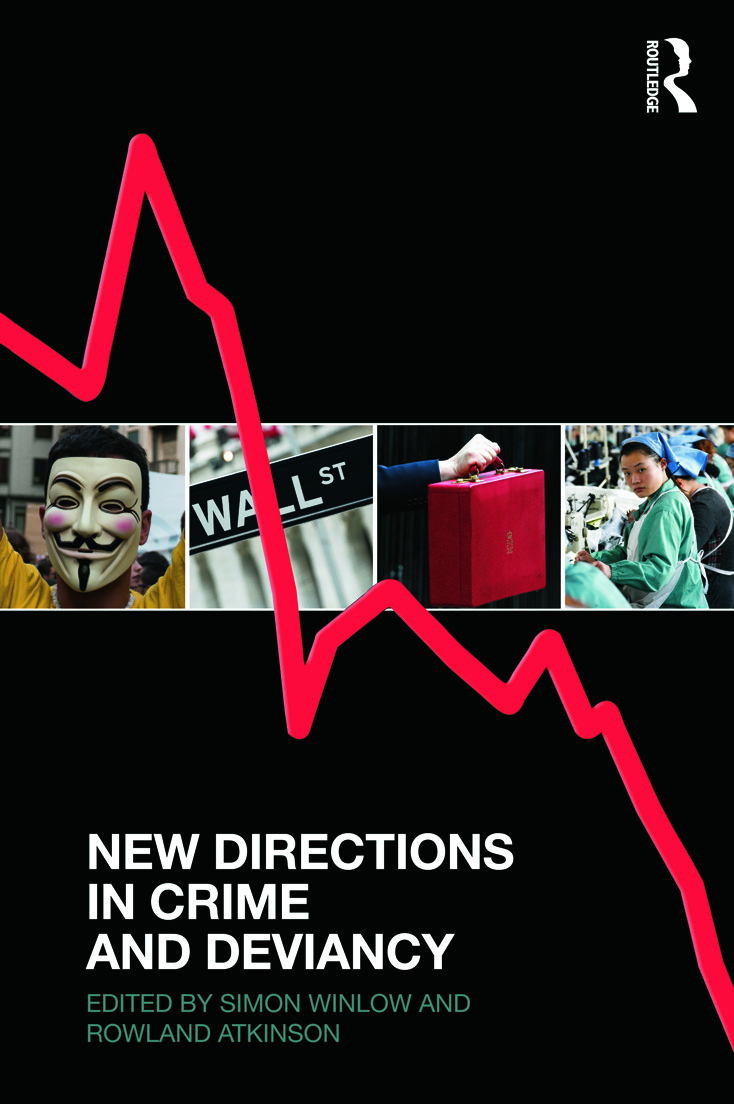 New Directions in Crime and Deviancy

Criminology is at a crossroads. In the last two decades it has largely failed to produce the kind of new intellectual frameworks and empirical data that might help us to explain the high levels of crime and interpersonal violence that beset inner city areas and corrode community life. Similarly, it has failed to adequately explain forms of antisocial behaviour that are just as much a part of life in corporate boardrooms as they are in the ghettos of north America and the sink estates of Britain. Criminology needs to rethink the problem of crime and re-engage its audience with strident theoretical analysis and powerful empirical data.

In New Directions in Crime and Deviancy some of the world’s most talented and polemical critical criminologists come together to offer new ideas and new avenues for analysis. The book contains chapters that address a broad range of issues central to 21st century critical criminology: ecological issues and the new green criminology; the broad impact of neoliberalism upon our cultural and economic life; recent signs of political resistance and opposition; systemic and interpersonal forms of violence; growing fear and enmity in cities; the backlash against the women’s movement; the subjective pathology of the serial killer; computer hacking and so on.

Based on key papers presented at the historic York Deviancy Conferences, this cutting-edge volume also contains important critical essays that address criminological research methods and the production of criminological knowledge. It is key reading material for those with an academic interest in critical, cultural and theoretical criminology, and crime and deviance more generally.

Simon Winlow and Roland Atkinson have produced a wonderful, stimulating and hope-bringing collection of papers on leading topics in critical criminology and social theory more generally, from green issues to the fallout from the recent economic and political crises around the world. It is a worthy heir to the celebrated works coming out of the legendary National Deviancy Conferences in the 1970s heyday of critical criminology, and should contribute in a major way to a much needed revival of radical analysis.

Today, more than at any time in recent history, we are in need of perspectives that challenge the established ideas of crime and social order. New Directions in Crime and Deviancy should be commended for making a brave attempt at reviving and sustaining criminology's critical imagination.

Part 1: Theorising Postmodern Capital 1.Simon Winlow – Is it OK to Talk About Capitalism Again? Or, Why Criminology Must Take a Leap of Faith 2. Steve Hall – Havana, Crime and the Pseudo-Pacification Process 3. Jörg Wiegratz - The Neoliberal Harvest: The Proliferation and Normalisation of Economic Fraud in a Market Society 4. Ioannis Papageorgiou and Georgios Papanicolaou – Theorising the Prison Industrial Complex Part 2: Issues in Environmental Criminology 5. Rob White – But is it Criminology? 6. Nigel South and Avi Brisman – Human Rights and Environmental Rights: Conflicts, Disputes and Abuses Part 3: Researching Crime and Deviance 7. Craig Ancrum - Stalking the Margins of Legality: Ethnography, Participant Observation and the Post-modern ‘Underworld’ 8. Daniel Briggs - Deviance and Risk on Holiday: An Ethnography with British Youth Abroad 9. Oliver Smith - Easy money: Cultural narcissism and the criminogenic markets of the night-time leisure economy 10. Audra Mitchell: ‘Violent Societies?’: Everyday Perception, Experience and Responses to Mass Violence in the UK ‘Peace Industry’ 11. Molly Dragiewicz - Communities Resisting: Theorizing the Backlash against the Battered Women’s Movement in the United States Part 4: Issues in Contemporary Crime and Deviance 12. Craig Webber and Michael Yip - Hactivism: A criminological Conundrum? 13. Walter DeKeseredy and Joseph Donnermeyer -Thinking Critically About Rural Crime: Toward the Development of a New Critical Realism 14. Colin Webster - Return of the Repressed? A Retrospective on Policing and Disorder in England, 1981 to 2011 – 15. Rowland Atkinson – Accommodating harm: The place of the domestic home within criminology 16. Shanafelt and Pino - Evil and the Common Life: Towards a Wider Perspective on Serial Killing and Atrocities.

Simon Winlow is Professor of Criminology at Teesside University. He is the author of Badfellas (Berg 2001), and co-author of Bouncers (Oxford University Press 2003), Violent Night (Berg 2006) and Criminal Identities and Consumer Culture (Willan 2008). He is also the co-editor of New Directions in Criminological Theory (Routledge 2012), and author of the forthcoming Rethinking Social Exclusion (Sage 2013).

Rowland Atkinson is Reader in Urban Studies and Criminology at the University of York. His writing has focused on urban segregation, disorder, poverty and affluence. His research has covered a range of issues including the rise of gated communities in the UK and private ‘fortress’ homes as well as gentrification and household displacement. The common thread to his work is a concern with the way in which urban life is generative of human harm and the ways in which these outcomes might be tackled.