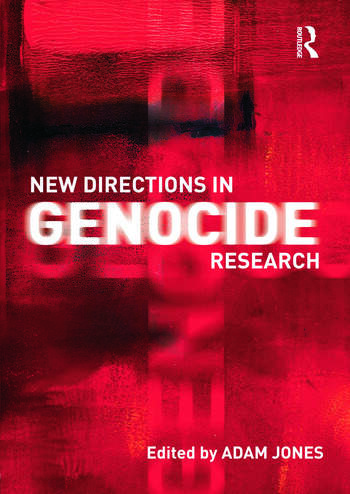 Genocide studies is a relatively new field of comparative inquiry, but recent years have seen an increasing range of themes and subject-matter being addressed that reflect a variety of features of the field and transformations within it. This edited book brings together established scholars with rising stars and seeks to capture the range of new approaches, theories, and case studies in the field.

The book is divided into three broad sections:

The combination of cutting-edge scholarship and innovative approaches to familiar subjects makes this essential reading for all students and scholars in the field of genocide studies.

Adam Jones, is Associate Professor of Political Science at the University of British Columbia Okanagan in Kelowna, Canada. His recent books include Genocide: A Comprehensive Introduction (2nd edition, 2010) and Gender Inclusive: Essays on Violence, Men, and Feminist International Relations (2009).

"Genocide studies is a fast-moving, interdisciplinary field. Adam Jones’s formidable team of scholars not only provides readers with compelling examples of the insights that are driving the field, but skilfully guides them through the maze of competing interpretations." - Dan Stone, Royal Holloway, University of London, UK

"Topics such as the Armenian genocide, mass violence in Sri Lanka and Darfur, and reconciliation in Rwanda are covered in novel ways. The relevance of gender to mass violence is considered in two essays: one theoretical, the other highlighting the neglect of male victims in the Democratic Republic of the Congo. Among the topics least familiar to genocide scholars are the usefulness of remote sensing technology in tracking evidence of genocide through environmental changes, the implications of the deliberate destruction of Muslim cultural sites in Bosnia, and the systematic, catastrophic destruction of the Tolowa Indians in California. Altogether a fine publication." - P. G. Conway, emeritus, SUNY College at Oneonta; CHOICE Review (2012).