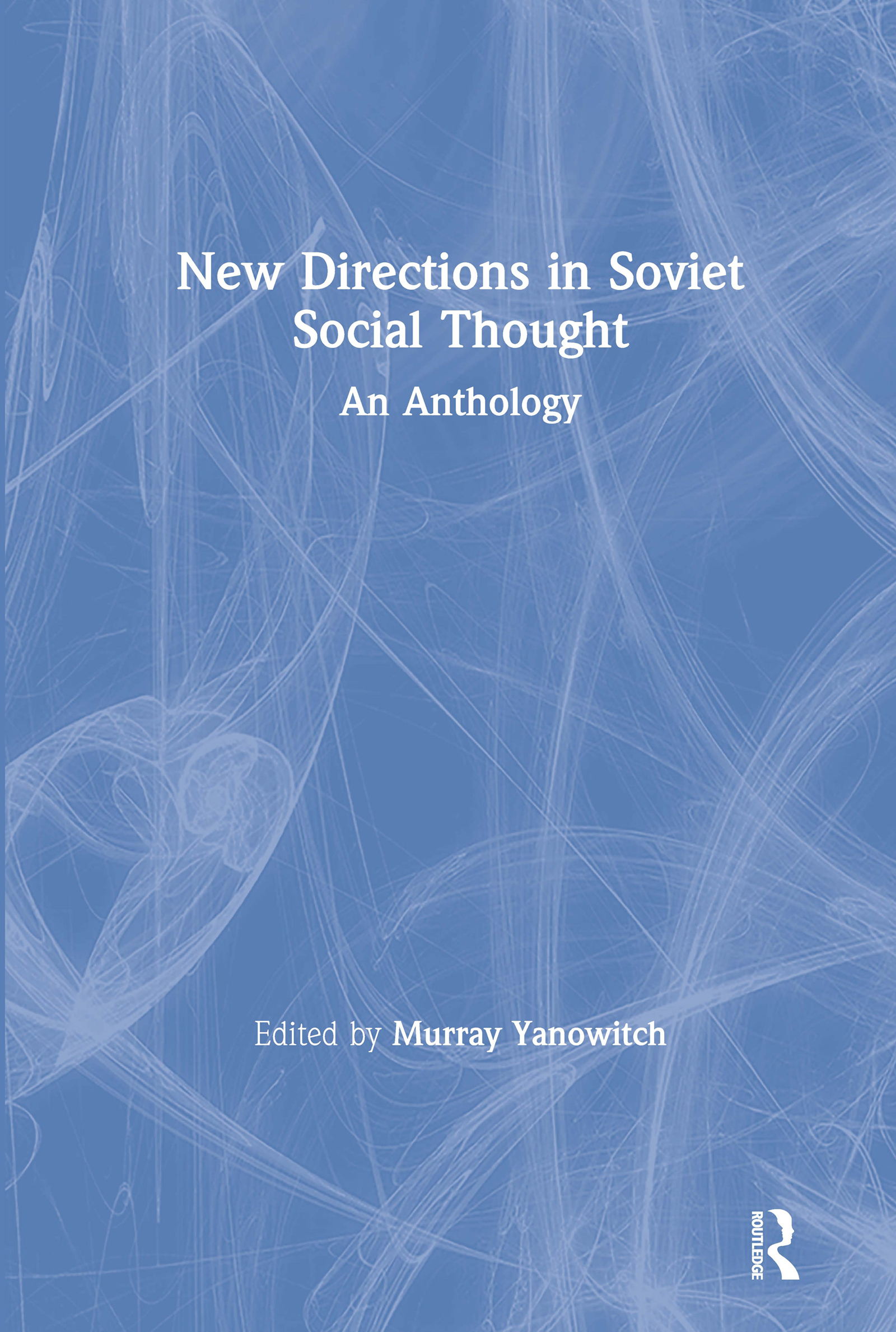 The essays in this volume illustrate the kind of expansionary logic that has characterized Soviet reformist thinking in the social sciences in the 1980s. The themes discussed show the wide-ranging and multidisciplinary nature of reformist currents in the Soviet Union.

Introduction: The Widening Scope of Soviet Reformist Thought, I. SOCIOlOGY OF ORGANIZATIONS AND THE "DEMOCRATIZATION" OF MANAGEMENT, 1. The Evolution of Organizations, 2. Innovations in Organizations, 3. Managerial Behavior of Executives of Agricultural Enterprises, 4. Socialist Self-Management of Production, 5. The Reform of Management and the Dialectics of Interests, 6. Planning without Bureaucratic Administration, II. ON "DEMOCRACY" AND "FREEDOM", 7. The New Sociopolitical Thinking and the Problem of the "Technological Challenge", 8. A Proof in Favor of Democracy, 9. The Possibility and Prospects of Freedom, III. ECONOMIC SOCIOLOGY AND THE ISSUE OF "SOCIAL JUSTICE", 10. The Subject Matter of Economic Sociology, 11. Social Justice and the Human Factor in Economic Development, 12. Social Justice and the Socialist Distribution of Vital Goods, 13. The Task of Justice, 14. "Virtue" against Interests: Notes on the Reflection of Distributive Relations in Mass Consciousness, 15. The Distribution Mechanism and Social Justice, IV. SOCIAL PSYCHOLOGY AND CHANGES IN VALUES, 16. Youth and Labor: Reflections of Sociologists and a Journalist, 17. The Psychology of Independence, 18. The Relay Race of Generations: Notes on the Upbringing of Youth, 19. The Psychology of Social Inertia, 20. The Social Personality Type, V. TOWARD REFORM OF THE PROPERTY SYSTEM, 21. Cooperation and Democratic Reforms in the Economy, 22. The Theory of Property and Improvement of the Economic Mechanism, 23. On the Nature of Property under the Conditions of Real Socialism, About the Editor

MURRAY YANOWITCH is professor emeritus of economics at Hofstra University in Hempstead, New York. He is the author of numerous works about Soviet social, economic, and labor issues including Social and Economic Inequality in the Soviet Union and Work in the Soviet Union: Attitudes and Issues. He edited the volumes Social Stratification and Mobility in the USSR, Soviet Work Attitudes: The Issue of Participation in Management, The Social Structure of the USSR: Recent Soviet Studies, and A Voice of Reform: Essays by Tat'iana I. Zaslavskaia. Dr. Yanowitch is at work on a study of the current Soviet reform discussion.