It is clearly impossible to lead the next generation by merely maintaining the two Toyota management technology principles, Toyota Production System and Total Quality Management. To overcome this issue, it is essential to renovate not only TPS, which is the core principle of the production process, but also establish core principles for marketing, design and development, production, and other departments. This book reassesses the way management technology was carried out in the manufacturing industry and establishes new JIT. This next-generation management technology model is the JIT system for not only manufacturing, but also for customer relations, sales and marketing, product planning, research and development (R&D), product design, production engineering, logistics, procurement, and administration and management for enhancing business process innovation and introduction of new concepts and procedures.

The book focuses on the theory and application of strategic management technology through the application of new JIT, then demonstrates its effectiveness in a case study based on an advanced car manufacturer. Using this new model, you can realize manufacturing that places top priority on customers with a good Quality, Cost, and Delivery (QCD) in a rapidly changing technical environment, and allows you to create uniform quality for the global market.

Dr. Kakuro Amasaka was born in Aomori Prefecture, Japan, on May 5, 1947. He received a Bachelor of Engineering degree from Hachinohe Technical College, Hachinohe, Japan, in 1968, and a Doctor of Engineering degree specializing in Precision Mechanical and System Engineering, Statistics and Quality Control from Hiroshima University, Hiroshima, Japan, in 1997. Since joining Toyota Motor Corp., Japan, in 1968, Dr. Amasaka worked as a quality management consultant for many divisions. He was an engineer and manager of the Production Engineering Div., Quality Assurance Div., Overseas Engineering Div., Manufacturing Div., and TQM Promotion Div. (1968-1997), and the General Manager of the TQM Promotion Div. (1998-2000).

Positions in academic society and important posts: He is the author of a number of papers on strategic total quality management, as well as the convener of JSQC (Journal of Japanese Society for Quality Control), JOMSA (Japanese Operations Management and Strategy Association), JIMA (Japan Industrial Management Association), JSKE (Japan Society of Kansei Engineering), and other academic society (e.g. POMS and EurOMA). He has been serving as the vice chairman of JSPM (2003-2007) and JOMSA (2008-2010), the director of JSQC (2001-2003), the chairman of JOMSA (2011-2012), and the commissioner of the Deming Prize judging committee (2002-2013). Now, he is inaugurated as the representatives of JOMSA establishment (2008- present). 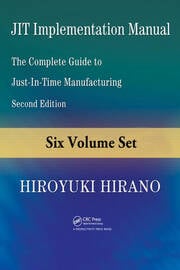 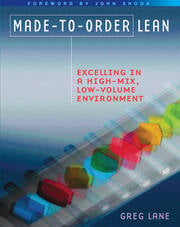