New Realities in Audio
A Practical Guide for VR, AR, MR and 360 Video.

New Realities in Audio: A Practical Guide for VR, AR, MR and 360 Video.

This practical guide helps you navigate the challenges and pitfalls of designing audio for these new realities. This technology is different from anything we’ve seen before and requires an entirely new approach; this book will introduce the broad concepts you need to know before delving into the practical detail you need.

Augmenting our Reality. Which Reality Are You In? Exploring the idea of virtual reality. Technology, Memory and Space. Music is the New Reality. Responsive Audio. Effects and Modulation. Dialogue. Don't Torture Your Players. Team Wrangling: Working Well With Others. Applying the Theory

For nearly twenty years, Stephan Schütze has created music and sound effects for a variety of projects. Most of this time has been spent working in the games industry, where he has produced the audio for games on nearly every available platform across a wide range of genres. He has composed musical scores ranging from solo musicians right up to full orchestra. Stephan is an expert on producing generative adaptive music as well as implementing existing musical scores to function dynamically within an interactive product. Stephan has worked with some of the world’s leading companies in the field of the new realities. Creating content for Oculus, the Facebook Spatial Audio team and performing R&D for Magic Leap as well as producing content for a range of VR and 360 video titles.

A background of professional playing and extensive academic studies has helped Stephan develop a mature approach to writing and producing musical works. He spent five years in the Australian Army Band as a horn player, and this combined with musical studies at both the Victorian College of the Arts and LaTrobe University provided a strong foundation for his development as a composer.

Stephan is widely published online and in print. He is a sought-after speaker at conferences and has presented numerous lectures and talks for prominent organizations worldwide. Stephan regularly presents at industry conferences around the globe and is now exploring the leading edge of spatialized audio for VR/AR/MR and 360 video, working in both R&D and production.

Anna Irwin-Schütze is the co-founder of Sound Librarian, narrative designer and writer Anna Irwin-Schutze has been in and around the games industry for nearly ten years. After many years as a technical writer for telecommunications and financial services, Anna stepped into the games industry, helping to update and maintain technical manuals for Firelight technologies and co-authoring the FMOD Studio training course and textbook.
Anna has a degree in linguistics and working with Stephan Schutze, she helped design a procedurally generated language using audio engine FMOD Studio.

In 2015 Anna moved into narrative design and scriptwriting, working on Yonder: The Cloud Catcher Chronicles, Singularity (team VR experience) and a number of yet to be released VR projects. Anna is currently working on Ashen, an action RPG multiplayer game being developed by Aurora44. 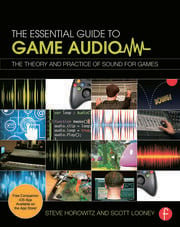 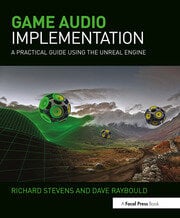