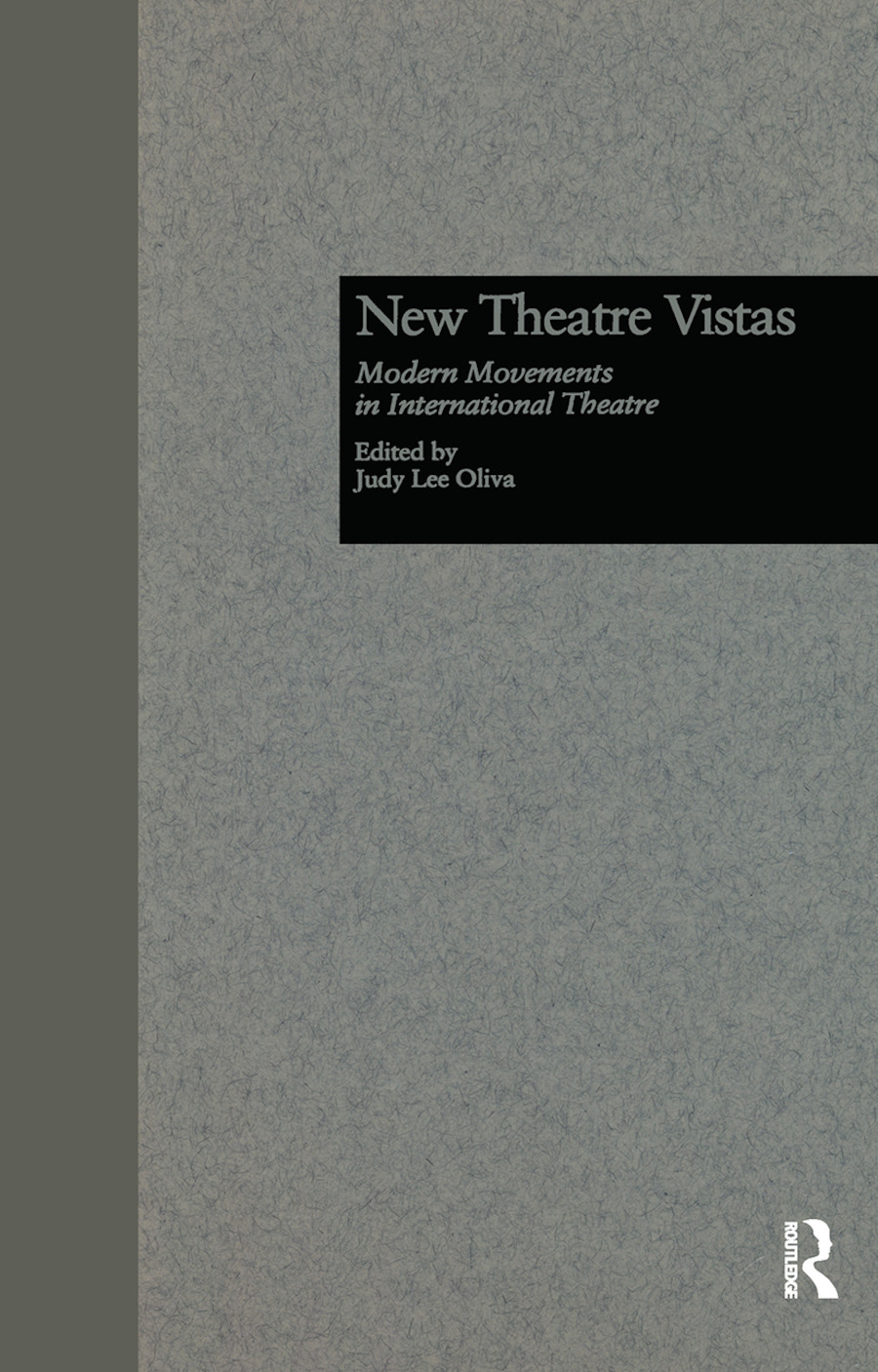 First Published in 1996. Part of a series of ‘Studies in Modern Drama’, Volume 7 This volume Studies in Modern Drama collects essays on contemporary theatre which reveal the changing face of the world, as well as challenges to the boundaries of traditional stage production. Authors examine familiar texts in new settings, discovering what editor Judy Lee Oliva calls “the effect of cultural- specific gestures, stances and the nuance of words,” so that audiences and critics are forced to recognize stereotypes and re-evaluate older critical methods. Topics range from directing gay and working-class theatre in Scotland to producing American and British drama in Holland, Belgium, and Poland. New voices in the theatre are heard, and old ones are put to new tests. What remains is the power of performance to inspire emotional and intellectual response. Writers, directors, costume designers, producers, and critics provide an uncommon range of perspectives to the changing roles of theatre in an increasingly global community.

Crossing Boundaries: Directing Gay, Lesbian, and Working-Class Theatre in Scotland, Richard Trousdell, Belgian/American Theatre Exchanges: Reflections and Bridges Suzanne Burgoyne, Stanislavsky Meets Shepard at the Shchepkin, On the Edge: Utrecht, Netherlands 1993, Maybe Theatre Is Bom: Directing Student Theatre in Communist and Post-Communist Poland, The Politics of The Professional. Connecting the Prose with the Passion, Vestiges of Control: Censorship and Society in Contemporary Egyptian Theatre, Year of Improvising in the Balkans, After the Visit, the Ruins, East Meets West Meets Hamlet: Get Thee to a Noh Master, Kuando 1991: A New Beginning A Ritual Pilgrimage, Israel’s Rina Yerushalmi and Her Directorial Experiments in Spatial Interrelations, Diablomundo and the Royal Hunt: The Shadow and the Sun..

Professor Oliva holds an M.F.A. in Directing and a Ph.D. in Theatre andDrama from Northwestern University. She is presently teaching at the University of Tennessee and has contributed numerous articles to Theatre Journal, Theatre Topics, and Theatre History Studies. A book on English playwright David Hare, published in 1991, David Hare: Theatricalizing Politics is a comprehensive study of the first two decades of Hare’s career. A descendant of the Chickasaw tribe, Oliva has a special interest in Native American Performance, thereby continuing her research into the impact of performance on international culture.