This book presents soft computing techniques and applications used in healthcare systems, along with the latest advancements. Written as a guide for assessing the roles that these techniques play, the book also highlights implementation strategies, lists problem-solving solutions, and paves the way for future research endeavors in smart and next-generation healthcare systems.

Rekh Ram Janghel received a PhD in information technology (2013) from ABV-IIITM Gwalior. His main research interest includes face recognition and identification, digital image processing, signal processing, and networking. Presently, he is working as assistant professor in NIT Raipur. He has academic and research experience in various areas of CSE and IT. He has filed and published successfully 11 patents. He has received many invitations to be a guest at IEEE conferences. Dr. Janghel has published 50 research papers in various international/national journals (including IEEE, Springer etc.) and proceedings of the reputed international/national conferences (including Springer and IEEE). He has been nominated for the board of editors/reviewers of many peer-reviewed and refereed journals.

Rohit Raja received a PhD in computer science and engineering from CVRAMAN University in 2016. His main research interests include face recognition and identification, digital image processing, signal processing, and networking. Presently he is working as associate professor in the IT Department, Guru Ghasidas Vishwavidyalaya, Bilaspur (CG), India. He has authored several journal and conference papers. He has good academics & research experience in various areas of CSE and IT. He has filed and published successfully 12 patents. He has received an invitation to be a guest at the IEEE Conference. He has published 77 research papers in various international/national journals (including IEEE and Springer) and proceedings of the reputed international/national conferences (including Springer and IEEE). He has been nominated for the board of editors/ reviewers of many peer-reviewed and refereed journals (including IEEE, Springer).

Korhan Cengiz, PhD, SMIEEE was born in Edirne, Turkey, in 1986. He received BS degrees in electronics and communication engineering from Kocaeli University,Turkey, and business administration from Anadolu University, Turkey, in 2008 and 2009, respectively. He earned his MS degree in electronics and communication engineering from Namik Kemal University, Turkey, in 2011, and a PhD degree in electronics engineering from Kadir Has University, Turkey, in 2016. Since 2018, he has been an assistant professor with the Electrical-Electronics Engineering Department, Trakya University, Turkey. He is the author of over 40 articles, including in IEEE Internet of Things Journal, IEEE Access, Expert Systems with Applications and Knowledge Based Systems, three book chapters, two international patents, and one book in Turkish. His research interests include wireless sensor networks, wireless communications, statistical signal processing, indoor positioning systems, power electronics, and 5G. He is associate editor of Interdisciplinary Sciences: Computational Life Sciences, Springer; handling editor of Microprocessors and Microsystems, Elsevier; associate editor of IET Electronics Letters, IET Networks; and editor of AEÜ – International Journal of Electronics and Communications, Elsevier. He has guest editorial positions in IEEE Internet of  Things Magazine and CMC-Computers, Materials & Continua. He serves in several reviewer positions for IEEE Internet of Things Journal, IEEE Sensors Journal, and IEEE Access. He serves in several book editorial positions for Springer, Elsevier, Wiley, and CRC. He presented ten plus keynote talks in reputed IEEE and Springer Conferences about WSNs, IoT, and 5G. He is a senior member, IEEE, since August 2020. Dr. Cengiz’s awards and honors include the Tubitak Priority Areas Ph.D. Scholarship, the Kadir Has University PhD Student Scholarship, best presentation award in ICAT 2016 Conference, and best paper award in ICAT 2018 Conference.

Hiral Raja is working as associate professor in the Mathematics Department at Dr. C.V. Raman University Bilaspur. She received her PhD in mathematics in 2017 from C.V. Raman University India. Her main research includes image processing, embedded system, artificial intelligence, and sensor signaling. She was successfully granted two national and two international patents. She has published approximately ten research papers in national and international journals, including Scopus, IEEE, and Springer. 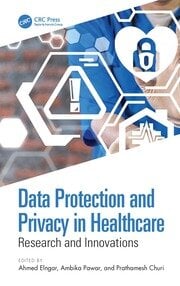 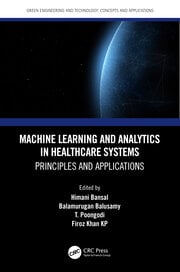 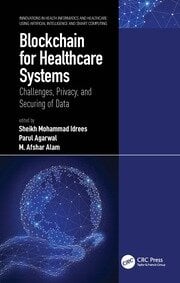