Next Generation Netroots
Realignment and the Rise of the Internet Left 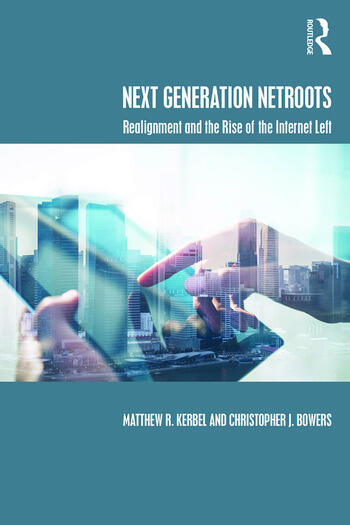 Next Generation Netroots: Realignment and the Rise of the Internet Left

From the early demise of Trent Lott at the hands of bloggers to the agonized scream of Howard Dean; from Daily Kos and the blogosphere to the rise of Twitter and Facebook, politics and new media have co-existed and evolved in rapid succession. Here, an academic and practitioner team up to consider how new and old media technologies mix with combustible politics to determine, in real time, the shape of the emerging political order. Our political moment shares with other realigning periods the sense that political parties are failing to address the public interest. In an era defined by the collapse of the political center, extreme income inequality, rapidly changing demography, and new methods of communicating and organizing, a second-generation online progressive movement fueled by email and social media is coming into its own.

In this highly readable text, the authors – one a scholar of Internet politics, the other a leading voice of the first generation netroots – draw on unique data and on-the-ground experience to answer key questions at the core of our tumultuous politics: How has Internet activism changed in form and function? How have the left and right changed with it? How does this affect American political power?

1. There Is No Center  2. On Coalitions, Movements and Regime Change  3. Netroots Rising  4. Television, Message Control, Money and Republican Dominance  5. Objectivity and Transparency  6. The Limits of Netroots Influence  7. Resolution

Matthew R. Kerbel is Professor and Chair of the Political Science Department at Villanova University.

Christopher J. Bowers is the Senior Campaign Director for Daily Kos and an experienced consultant for a wide range of campaigns and organizations.

Like the printing press, radio, and television in the past, today's communication technologies are vastly reshaping the political landscape. Bowers has been in the middle of this revolution, while Kerbel has had a front-row seat. Together, they place current changes in historical context and persuasively suggest what this era of the Internet means for liberals, conservatives, and the future of American politics.

Matthew R. Kerbel and Christopher J. Bowers have written the seminal account of the ascendance of the netroots and the progressive movement that has accompanied it. Next Generation Netroots describes the struggle of the forces on the left to first gain a foothold in the Democratic Party and, more recently, to use the mobilization powers of the Internet to assert a stronger voice in setting policy. This book is crucial to the understanding of the conflicting forces at work at a time when the direction of the country is deeply uncertain.

Next Generation Netroots is the book online activists didn't know they were waiting for. Matthew Kerbel and Chris Bowers explain why everything we thought we knew about how to expand the progressive netroots is wrong, and why it's time for a new approach. When what you're doing doesn't work, read this book.