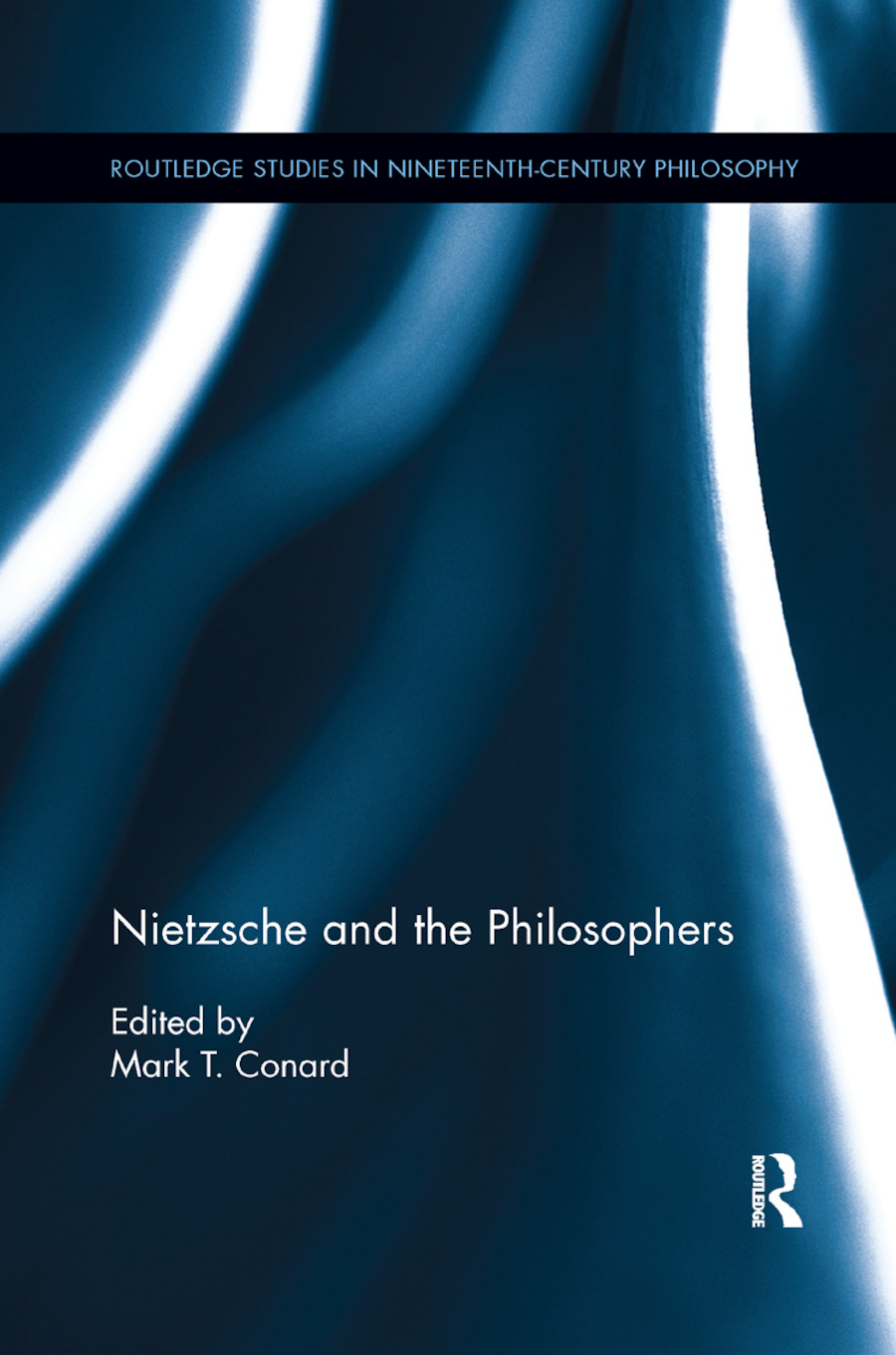 Nietzsche and the Philosophers

Nietzsche is undoubtedly one of the most original and influential thinkers in the history of philosophy. With ideas such as the overman, will to power, the eternal recurrence, and perspectivism, Nietzsche challenges us to reconceive how it is that we know and understand the world, and what it means to be a human being. Further, in his works, he not only grapples with previous great philosophers and their ideas, but he also calls into question and redefines what it means to do philosophy. Nietzsche and the Philosophers for the first time sets out to examine explicitly Nietzsche’s relationship to his most important predecessors. This anthology includes essays by many of the leading Nietzsche scholars, including Keith Ansell-Pearson, Daniel Conway, Tracy B. Strong, Gary Shapiro, Babette Babich, Mark Anderson, and Paul S. Loeb. These excellent writers discuss Nietzsche’s engagement with such figures as Plato, Aristotle, Kant, Socrates, Hume, Schopenhauer, Emerson, Rousseau, and the Buddha. Anyone interested in Nietzsche or the history of philosophy generally will find much of great interest in this volume.

1. Nietzsche's Place in the Aristotelian History of Philosophy

2. Twilight of an Idol: Nietzsche’s Affirmation of Socrates

4. Nietzsche and Anaximander: The Innocence of Becoming, Or Life Without a Mortgage.

5. The Pivot of Nihilism: Buddha Through Nietzsche’s Eyes

6. Nietzsche and Epicurus: In Search of the Heroic-Idyllic

7. Nietzsche and Hume on the Genealogy and Psychology of Religion

9. Nietzsche and Schopenhauer: ‘For Me what Mattered was the Human Being’

12. The Obstinance of Voice: Rousseau and Nietzsche on Music, Language, and Human Association