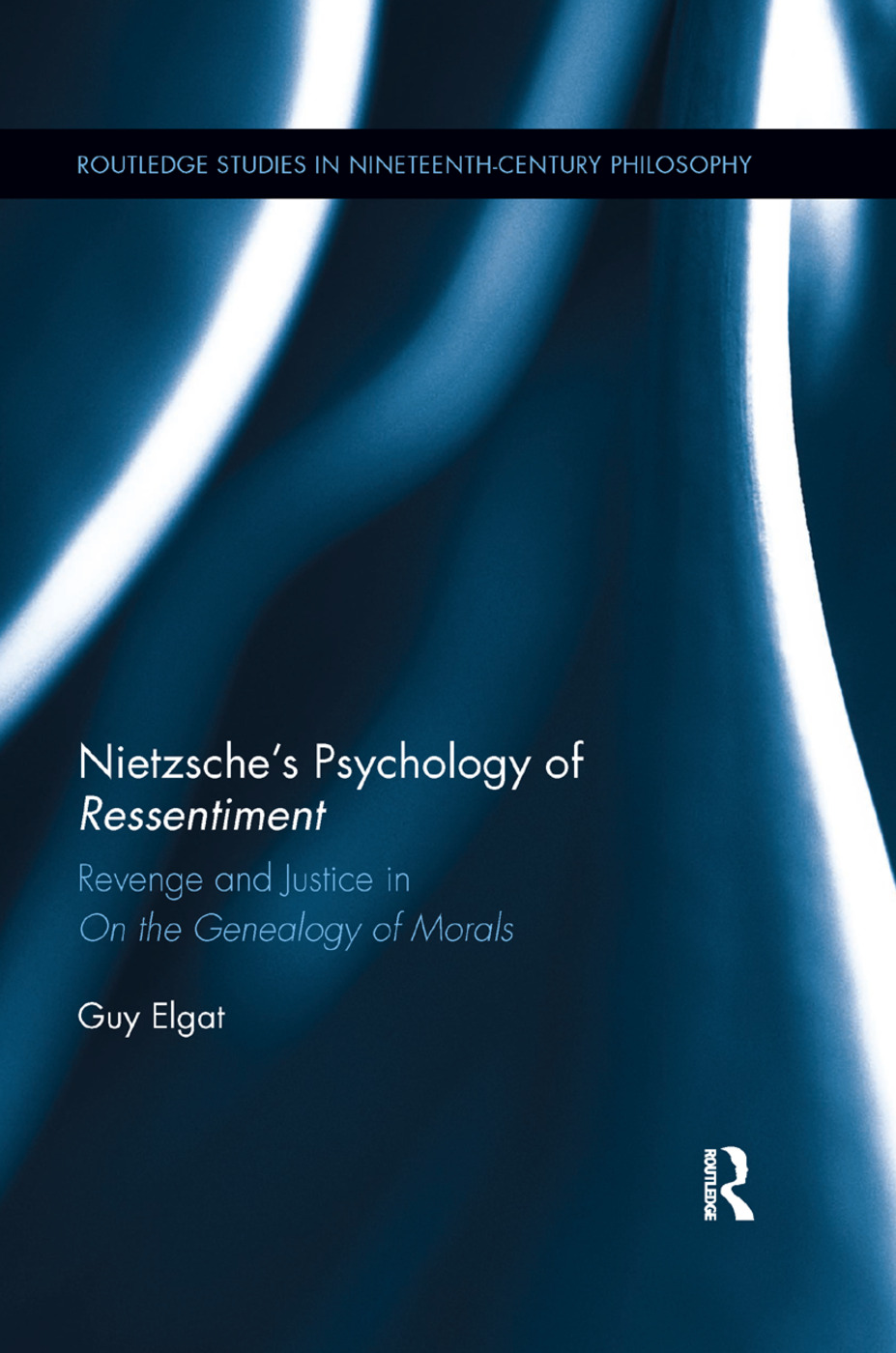 Revenge and Justice in "On the Genealogy of Morals", 1st Edition

"It's pleasing that in the book under review Nietzsche's account of ressentiment is carefully investigated and diligently analyzed . . . There is much in his book to learn from and admire, especially, in my view, the original and promising ideas he [Elgat] develops in his last chapter, concerning the role of justice as an epistemic or cognitive virtue in Nietzsche's philosophy . . . Though we still recognize justice of this sort in such expressions as ‘doing (or not doing) justice to a subject matter’, it has received surprisingly little attention from mainstream philosophers generally, and interpreters of Nietzsche specifically. Here's hoping that the pioneering efforts found in these pages inspire at least the latter group to further work on the deep and subtle issues involved." – Notre Dame Philosophical Reviews

1. Ressentiment as the ‘Home of Justice’?

2. The Psychology of Ressentiment

6. The Emergence of Moral Justice

7. A Genealogy of the Capacity to be Just to Others