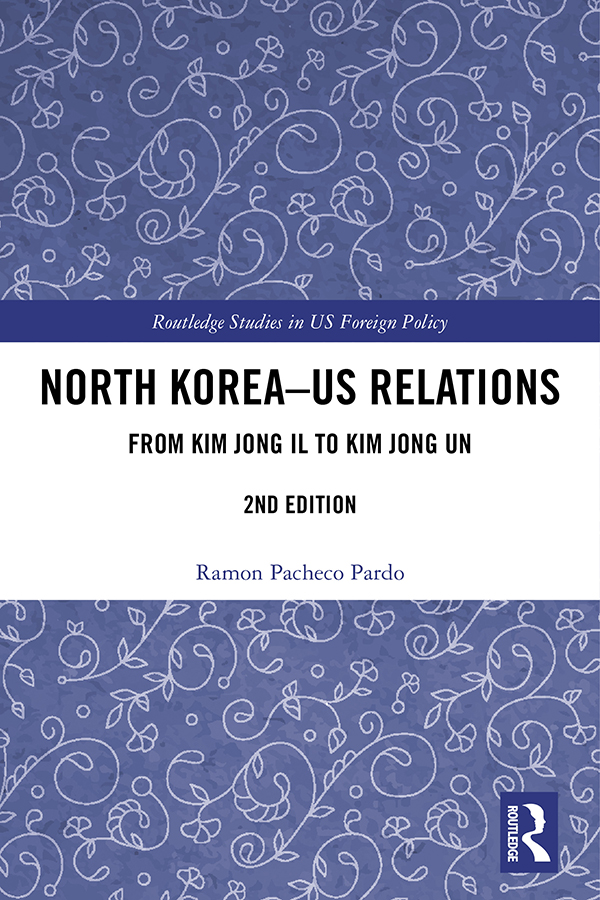 How has North Korea sought to normalize diplomatic relations with the US? Explaining the continuities between the Kim Jong-un and Kim Jong-il governments, as well as the discontinuities, especially the decisive move towards brinkmanship under Kim Jong-un culminating in 2017 and subsequent turn towards diplomacy, this book shows how North Korea has constantly learnt from its own experience and the experience of others to evolve and adapt its policy towards the US.

This fully revised and expanded second edition draws on interviews and conversations with American, North and South Korean, Chinese and other countries’ policy-makers and experts and North Korean official media stories. It has been updated to include discussion of the post-2012 period when Kim Jong-un replaced his father to become the leader of North Korea, and provides detailed analysis of both presidencies, concluding with a study of the two bilateral summits held with President Donald Trump.

Showing how weaker powers can try to achieve their main foreign policy goals with respect to great powers, this book will be of interest to scholars and students of the international relations of East Asia, US Foreign Policy, Korean Studies and Foreign Policy Analysis. It should also prove relevant to those studying international bargaining and negotiation.

"For decades, North Korea has been one of the thorniest global security problems. Its recent advancements in ballistic missile and nuclear technologies under leader Kim Jong Un have intensified the urgency to understand the regime’s intentions and capabilities. In this deeply researched book, Dr. Ramon Pacheco Pardo chronicles North Korea foreign policy behavior from the 1990s to the present and argues that Pyongyang’s tactics are rooted in the regime’s sensitivity to and assessments of regional and global developments and its perception of the drivers shaping decisionmaking in Washington and East Asian capitals. The book benefited from scores of interviews with US, South Korean, Chinese, Japanese, and Russian policymakers, enhancing Pacheco Pardo’s analysis of North Korea’s past bargaining behavior and providing a lens with which we should view the present and future of North Korean nuclear negotiations." – Jung H. Pak, SK-Korea Foundation Chair in Korea Studies and Senior Fellow, Brookings Institution

"In a lucid and readable style, Dr. Pacheco Pardo frames North Korean behavior in an original theoretical context of small power bargaining and learning theory. He fills a void in the literature with extensively researched accounts of the two major nuclear agreements between the US and DPRK during the Clinton and Bush administrations, in addition to relations during Obama and Trump. I recommend this book highly." – Victor Cha, Author, The Impossible State; Professor and Vice Dean, School of Foreign Service, Georgetown University, and former U.S. deputy head of delegations to the Six Party talks.

"What drives US-North Korea relations? Dr. Pacheco Pardo examines this question by focusing on the North Korean side. Making use of a wealth of interviews of American, South Korean, Chinese and other policy-makers and experts combined with careful content analysis of North Korean statements, he concludes that Pyongyang's ultimate goal is to normalize diplomatic relations with Washington. The book sheds light on the strategic motivations behind North Korea's US policy during the Kim Jong Il and Kim Jong Un era, which adds new insights to our understanding of these most complex relations since the end of the Cold War. Highly recommended." – Sung-han Kim, Dean & Professor, Graduate School of International Studies, Korea University; former Vice Minster of Foreign Affairs and Trade, Republic of Korea

2. North Korea and the Clinton administration

is Reader in International Relations at King's College London and the KF-VUB Korea Chair at the Institute for European Studies of Vrije Universiteit Brussel. Dr Pacheco Pardo is also Committee Member at CSCAP EU. He has held visiting positions at Korea University, the Lee Kuan Yew School of Public Policy and University of Melbourne.