Dr. S. Saha Ray is currently a Professor at the Department of Mathematics, National Institute of Technology, Rourkela, India. Dr. Saha Ray completed his Ph.D. in 2008 from Jadavpur University, Kolkata, India. He received his M.C.A. degree in 2001 from Indian Institute of Engineering Science and Technology (IIEST), erstwhile Bengal Engineering College, Shibpur, India. He completed a master’s degree in applied mathematics at the Calcutta University, Kolkata, India, in 1998 and a bachelor’s (honors) degree in mathematics at St. Xavier’s College(currently known as St. Xavier’s University, Kolkata), Kolkata, India, in 1996. Dr. Saha Ray has about Seventeen years of teaching experience at the undergraduate and postgraduate levels in glorious Institutes like National Institute of Technology, Rourkela and two renowned private Engineering Institutes in Kolkata, West Bengal. He has also about Sixteen years of research experience in various fields of Applied Mathematics. He has published many peer reviewed research papers in numerous fields and various international SCI journals of repute, like Applied Mathematics and Computation, Communication in Nonlinear Science and Numerical Simulation, Nonlinear Dynamics, Transaction ASME Journal of Applied Mechanics, Journal of Computational and Nonlinear Dynamics, Computers and Mathematics with Applications, Journal of Computational and Applied Mathematics, Mathematical Methods in the Applied Sciences, Computers & Fluids, Physica Scripta, Communications in Theoretical Physics, Nuclear Engineering and Design, International Journal of Nonlinear Science and Numerical Simulation, Annals of Nuclear Energy, and Journal of Mathematical Chemistry, etc. For a detail citation overview, the reader may be referred to Scopus. To date, he has more than 149 research papers published in journals of international repute, including more than 119 SCI journal papers.

He has contributed papers on several topics, such as fractional calculus, mathematical modelling, mathematical physics, stochastic modeling, integral equations, and wavelet methods. He is a member of the Society for Industrial and Applied Mathematics (SIAM) and the American Mathematical Society (AMS).

He was the Principal Investigator of the TWO Board of Research in Nuclear Sciences research project, with grants from by Bhabha Atomic Research Centre, Mumbai, India. He was also the principal investigator of a research Project financed by the Department of Science and Technology, Government of India. Currently, he has been acting as principal investigator of another research projects financed by the National Board for Higher Mathematics, Department of Atomic Energy, Government of India, respectively.

It is not out of place to mention that he had attended the workshop organized by West Bengal University of Technology (WBUT) on "Review of Engineering Degree Curriculum of Mathematics" held at National Institute of Technical Teacher’s Training and Research (NITTTR) Kolkata, from 26th to 30th July 2004. In that Workshop Curriculum of Mathematics in Undergraduate level as well as Postgraduate level of West Bengal, University of Technology was revised.

He was invited to deliver lecture in a Short Term Training Programme on "Mathematical Modelling" organized by Department of Science, National Institute of Technical Teacher’s Training and Research (NITTTR) Kolkata, from 4th-8th December 2006. He also attended a Summer School on "Mathematical Modelling and Its Engineering Applications" organized jointly by West Bengal State Council of Science & Technology and Department of Science & Technology, Government of West Bengal in association with B. P. Poddar Institute of Management & Technology, 137, V.I.P. Road, Kolkata-700052, during 27th April to 9th May 2007.

It is worth noting to mention that he was invited to deliver lecture in a Workshop on "Fractional Order systems" organized by Instrumentation & Electronics Engineering Department, Jadavpur University, Salt Lake Campus, Kolkata sponsored by IEEE Kolkata Chapter, DRDL Hydrabad, BRNS (DAE) Mumbai, from 28th March to 29th March 2008.

Moreover, he was also invited to deliver lecture in a Short Term Training Programme on "Mathematical Modelling" organized by Department of Science, National Institute of Technical Teacher’s Training and Research (NITTTR) Kolkata, from 24th-28th November 2008.

He was convener of "Symposium on Recent Trends and Emerging Applications of Mathematical Sciences (SRTEAMS-2013)" sponsored by CSIR, New Delhi; DST, Govt. of India and INSA, New Delhi held on May 16 to May 17, 2013. He had attended as invited participant in "International Conference on Mathematical Modeling in Physical Sciences" held in Madrid, Spain from August 28th to August 31st, 2014.

Recently, he attended as invited participant in "Global Conference on Applied Physics and Mathematics" held in Rome, Italy from July 25th to July 27th, 2016. Travel grant was sponsored by SERB, DST, Government of India.

is currently working as an Assistant Professor in the Department of Mathematics, School of Applied Sciences, Kalinga Institute of Industrial Technology (KIIT) Deemed to be University, Bhubaneswar, Odisha, India. Dr. Sahu completed his Ph. D. in 2017 from National Institute of Technology, Rourkela, Odisha. He completed his M.Sc. from Utkal University, Odisha in the year 2011 and graduated from Utkal University with Mathematics Honors in the year 2009. He has research experience of more than 5 years in the field of Applied Mathematics. He has many papers published in various national and International journals of repute. 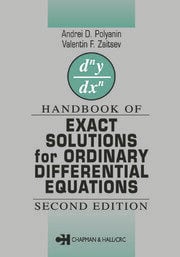 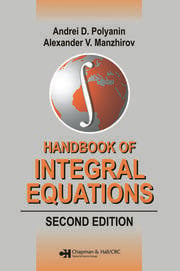 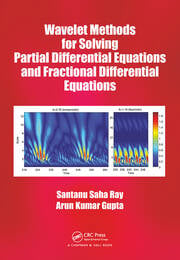