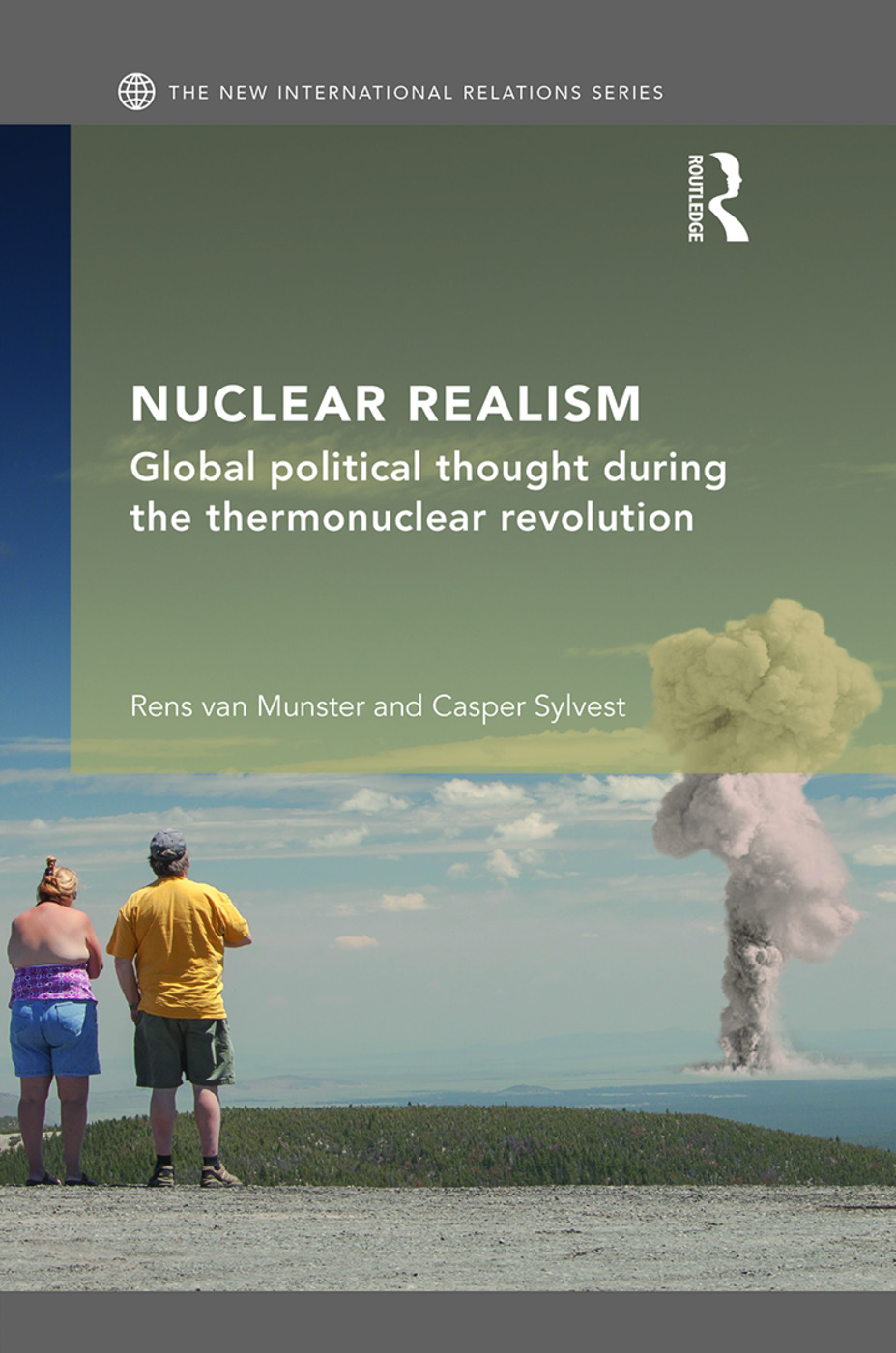 What is a realist response to nuclear weapons? This book is animated by the idea that contemporary attempts to confront the challenge of nuclear weapons and other global security problems would benefit from richer historical foundations.

Returning to the decade of deep, thermonuclear anxiety inaugurated in the early 1950s, the authors focus on four creative intellectuals – Günther Anders, John H. Herz, Lewis Mumford and Bertrand Russell – whose work they reclaim under the label of ‘nuclear realism’. This book brings out an important, oppositional and resolutely global strand of political thought that combines realist insights about nuclear weapons with radical proposals for social and political transformation as the only escape from a profoundly endangered planet.

Nuclear Realism is a highly original and provocative study that will be of great use to advanced undergraduates, graduates and scholars of political theory, International Relations and Cold War history.

'This path breaking contribution to international theory cuts through tired intellectual divides, offering a creative reconsideration of some familiar intellectual figures, as well as a fresh look at others unfairly neglected. By means of a brilliant exploration of what the authors dub ‘nuclear realism,’ it forces us to rethink conventional scholarly views about postwar international relations theory and intellectual history. If you think you have already heard everything one could possibly hear about realism or nuclear politics, this well-written and carefully crafted volume will prove you wrong.' - William E. Scheuerman, Professor of Political Science, Indiana University, USA

'The history of thinking about nuclear issues has been badly neglected in recent decades. This innovative and illuminating study demonstrates the value and importance of reversing that neglect. Filled with historical insights and contemporary resonance, this is a significant contribution to the intellectual history of the twentieth century.' - Michael C Williams, Graduate School of Public and International Affairs, University of Ottawa, Canada

'Nuclear Realism is a timely, and even vital, intervention. Engaging mid-20th century thinkers who understood immediately that the atomic bomb was not just a new technology but a fundamental challenge to both humanity and governance, van Munster and Sylvest underscore the ongoing challenges and dangers of the nuclear revolution.' - Joseph Masco, Department of Anthropology, The University of Chicago, USA

Introduction 1. The Atomic Bomb and the New Knowledge Economy 2. Limits of War and Rationality in the Thermonuclear Age 3. Security and Liberty 4. Technology and Ecology 5. Reimagining the Future. Conclusion

Rens van Munster is senior researcher at the Danish Institute for International Studies (DIIS). Located at the intersection of IR theory and critical security studies, his research critically interrogates practices of security and risk management, with a particular focus on the politics and governance of catastrophes. He has published widely in leading IR journals and is the (co-)author of several books. His most recent publications include the co-edited volumes, with Casper Sylvest, Documenting World Politics: A Critical Companion to IR and Non-Fiction Film (Routledge, 2015) and The Politics of Globality since 1945: Assembling the Planet (Routledge, 2016)

Casper Sylvest is associate professor at the Department of History, University of Southern Denmark. Combining the study of politics, history, law and technology, most of his work has examined realist and liberal visions of international and global politics during the nineteenth and twentieth centuries. He has published widely in leading historical and IR journals and has recently co-edited, with Rens van Munster, Documenting World Politics: A Critical Companion to IR and Non-Fiction Film (Routledge, 2015) and The Politics of Globality since 1945: Assembling the Planet (Routledge, 2016).

The field of international relations has changed dramatically in recent years, with new subject matter being brought to light and new approaches from in and out of the social sciences being tried out. This series offers itself as a broad church for innovative work that aims to renew the discipline.