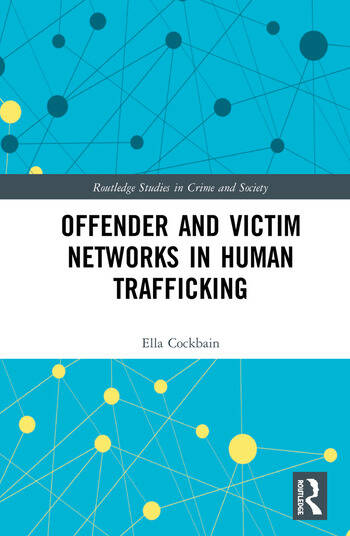 Millions of pounds are spent every year trying to tackle human trafficking, modern slavery and child sexual exploitation. These are apparently threats perpetrated by ‘criminal masterminds’, spreading at a dizzying rate and approaching epidemic proportions – or so the story goes. Amid all the bold rhetoric and sweeping claims, there is very little robust research to help understand these problems and inform evidence-based policy and practice.

In this book, readers are invited to delve inside the murky world of human trafficking. It focuses on the internal (domestic) trafficking of children for sexual exploitation. It is based on far-reaching analysis of six of the earliest and largest such investigations in the United Kingdom (UK), including the infamous Derby and Rochdale cases that sparked nationwide concerns about ‘street grooming’ and ‘Asian sex gangs’. Innovative methods, analytical rigour and truly extraordinary data underpin the research: a nuanced and sometimes unsettling exploration of the offender and victim networks, their characteristics, structure, activity and dynamics and the problems they pose for investigation and prosecution. The results paint a picture of a sprawling and dynamic system of grooming and abuse that is deeply embedded in complex webs of social relations and interactions.

This book challenges accepted wisdom, debunks myths and introduces new and fundamentally different ways of thinking about trafficking and its prevention. An accessible and compelling read, this book is for academics, policymakers, practitioners and others interested in serious and organised crime.

1. Introduction: A different kind of trafficking

4. The messy realities of grooming in a complex sex crime

5. Talking to the traffickers: Denials, distortions and destructive dynamics

Dr Ella Cockbain is a lecturer in Security and Crime Science at University College London (UCL), where she holds a prestigious national ‘Future Research Leaders’ fellowship. Her research deals with serious and organised crime and its prevention, with a particular focus on human trafficking, child sexual exploitation and forced labour. She has collaborated widely with agencies across the public and third sectors and contributed to counter-trafficking training, guidance and strategy at national and international levels. She is the co-editor of the book Applied Police Research (with J. Knutsson, 2015).

"Research and action around human trafficking has been characterized by justifiably high levels of outrage and urgency and a damaging paucity of data, rigor, and evaluation. Ella Cockbain’s landmark study brings a groundbreaking mixed-methods approach to this vital arena and shows that established criminological theoretical and applied frameworks have much to offer; that the problem on the ground is not what we think it is; and that real progress is possible: if what we think and do is grounded in granular reality rather than preconception. A model not just for this important problem but for how applied research should approach the apparently intractable."

"This beautifully written book explodes a series of widely held myths about internal trafficking of children for sex and replaces them with carefully assembled research findings. It is a model of systematic research on a complex and highly sensitive issue. The book should be widely read by researchers, policymakers, practitioners, journalists and the general public. They all have a lot to learn from it."

"This timely book explores what situational factors and processes contribute to the internal sex trafficking of British children and impede official responses. It is a must-read for academics and practitioners, as the scientific and societal debate on human trafficking is in desperate need of sound empirical research such as this."

"Our moral indignation about sex trafficking and other sex offences is important – it heightens attention to the problem and ignites the demand for strong responses. The strongest responses, on the other hand, are founded on cool-headed objectivity and careful empirical research. Dr Cockbain’s book is a great example of how a seemingly ‘wicked’ problem like sex trafficking can be analysed, understood, constrained, and ultimately prevented."

"This research contributes hugely to a better understanding of internal trafficking. Knowing what internal trafficking is will help policymakers to focus, and to improve the fight against it. This book concerns all three P’s: prevention, protection and prosecution."

- Corinne Dettmeijer-Vermeulen, Judge and Dutch National Rapporteur on Trafficking in Human Beings and Sexual Violence against Children (2006–2017), The Netherlands

"In the course of her research, Dr Cockbain has greatly supported the UK Police Service in our efforts to tackle human trafficking and child sexual exploitation. She has particularly helped us explore how connectivity can be leveraged to strengthen both strategic and tactical responses, providing early pathways out of exploitative situations. This book provides insight that is both interesting and useful for practitioners, academics and policy makers who are seeking to build a society where children and young people are no longer hurt in this way."