The (ISC)²® Systems Security Certified Practitioner (SSCP®) certification is one of the most important credentials an information security practitioner can have. Having helped thousands of people around the world obtain this distinguished certification, the bestselling Official (ISC)2 Guide to the SSCP CBK® has quickly become the book that many of today’s security practitioners depend on to attain and maintain the required competence in the seven domains of the (ISC)² CBK.

Picking up where the popular first edition left off, the Official (ISC)2 Guide to the SSCP CBK, Second Edition brings together leading IT security tacticians from around the world to discuss the critical role that policy, procedures, standards, and guidelines play within the overall information security management infrastructure. Offering step-by-step guidance through the seven domains of the SSCP CBK, the text:

Through clear descriptions accompanied by easy-to-follow instructions and self-assessment questions, this book will help you establish the product-independent understanding of information security fundamentals required to attain SSCP certification. Following certification it will be a valuable guide to addressing real-world security implementation challenges.

Harold F. Tipton, currently an independent consultant, was a past president of the International Information System Security Certification Consortium and a director of computer security for Rockwell International Corporation for about 15 years. He initiated the Rockwell computer and data security program in 1977 and then continued to administer, develop, enhance, and expand the program to accommodate the control needs produced by technological advances until his retirement from Rockwell in 1994.

Tipton was a member of the National Institute for Standards and Technology (NIST), the Computer and Telecommunications Security Council, and the National Research Council Secure Systems Study Committee (for the National Academy of Science). He received his BS in engineering from the U.S. Naval Academy and his MA in personnel administration from George Washington University; he also received his certificate in computer science from the University of California, Irvine. He is a certified information system security professional (CISSP), ISSAP, & ISSMP.

He has conducted/participated in information security seminars for (ISC)2, Frost & Sullivan, UCI, CSULB, System Exchange Seminars, and the Institute for International Research. He participated in the Ernst & Young video "Protecting Information Assets." He is currently serving as the editor of the Handbook of Information Security Management (Auerbach). He chairs the (ISC)2 CBK Committees and the QA Committee. He received the Computer Security Institute’s Lifetime Achievement Award in 1994, the (ISC)2’s Hal Tipton Award in 2001 and the (ISC)2 Founders Award in 2009. 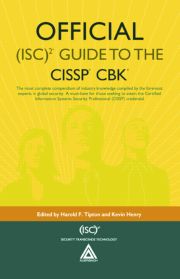 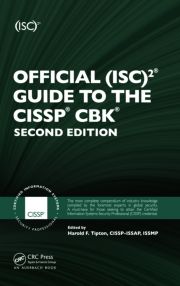 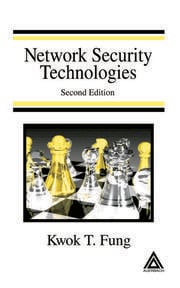 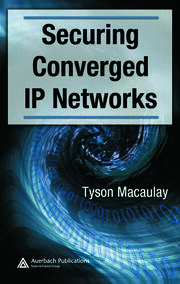