On Animation
The Director's Perspective Vol 2

On Animation: The Director's Perspective Vol 2

On Animation: The Director's Perspective is a collection of interviews with 23 animated feature-film directors. These extensive interviews were conducted over the past several years by filmmakers and educators (and peers to the directors interviews) Tom Sito and Bill Kroyer. Interviews cover in-depth discussion of each director's career -- focusing on their creative development, their films, lesson learned and advice. The interviews were edited and produced by Ron Diamond.

Tom Sito's screen credits include The Little Mermaid, Beauty and the Beat, Aladdin, The Lion King, Who Framed Roger Rabbit, The Prince of Egypt, Shrek, and Looney Tunes: Back in Action. Tom co-directed Warner Bros' Osmosis Jones in 2001. He is the author of Drawing the Line: The Untold Story of Animation Unions from Bosko to Bart Simpson and Moving Innovation: A History of Computer Animation. He is currently the Chair and a Professor at the John C Hench Division of Animation and Digital Arts at the School of Cinematic Arts, University of Southern California.

Bill Kroyer began his career at Disney as animator on The Fox and the Hound. He left Disney to develop Tron with director Steven Lisberger. Following Tron, he started his own studio, Kroyer Films, where he directed the short film Technological Threat and feature film FernGully: The Last Rainforest. Warner Bros tapped Bill to play a key role setting up its feature animation division. Soon after he joined Rhythm and Hues Studios as Senior Animation Director and supervised the CGI animation for films such as Garfield, Scooby Doo, Cats & Dogs and The Flintstones in Viva Rock Vegas. He is currently the Head of the Digital Arts department at Lawrence and Kristina Dodge College of Film and Media Arts at Chapman University.

Ron Diamond founded ACME Filmworks in 1990 to create commercials, shorts and long form animated projects. In addition to producing over 1600 commercials, Ron produced the TV Series Drew Carey’s Green Screen Show for Warner Bros and Drawn From Memory for PBS. He is a recognized expert in international animation and lectures at schools and animation festivals worldwide. He curates specialty animation programs for festivals and presents his annual Animation Show of Shows of new important shorts at the major US animation studios, animation schools, and animation festivals. He is also co-founder of the Animation World Network.

If the only reason to animate something is because it can’t be done in live action, animation would’ve gone extinct decades ago. Because live action can now do anything. The reason to do something in animation is caricature, and I use that word in a good sense, to get through to the truth of something. – Brad Bird

Sometimes you have to pick another day for a battle. You don’t have to give up on it. There may be another way to approach it later

I have no stomach for movies that are just desperate, frenetic grabs for audience attention. If you have a chance to make a movie, it damn well better say something.

That’s what directing is. Ultimately, it’s all about story, whether you are talking about the lighting of the scene, the animation, or the design of a character. You have to make sure your animators and crew are working and creating to bring out your story.

It’s like generals of an army—you look at them and go, "We got to take that bridge; a lot of you are going to die. But we got to do it, or we are going to lose the war." That’s the role of the leader. You have to ask someone to do the hard work, and it’s terribly sad at times. – Jennifer Yuh Nelson 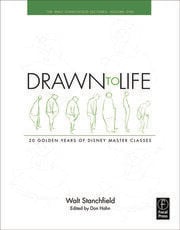 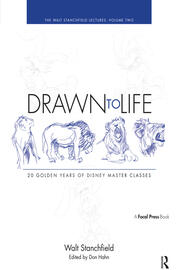