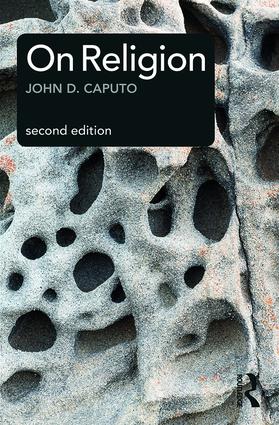 In a thoroughly updated second edition of his popular and engaging book, John D. Caputo revisits Augustine’s ancient question "what do I love when I love my God?" and presses it into service in the post-modern world. Accessible but without compromising the big ideas, he raises the question of what religion means today in the face of widespread religious violence after 9/11, of spreading secularization, the dazzling discoveries of contemporary cosmology, and the eerie advent of the "post-human" world. All along sculpting the idea of a post-modern, post-secular "religion without religion," which turns on the "mystical element" of our lives, he wonders what the future of traditional religion will be, or whether it even has one.

will fascinate anyone interested in the challenges religion faces in the contemporary world. It offers an ideal starting point from which undergraduate and postgraduate students, teachers, and lecturers can explore religion and philosophy today.

"Caputo's ability to distill Continental thought - making it both more potent and more easily imbibed - was already on full display in On Religion. This revised edition maintains all the depth and approachability of the first while increasing the breadth of concepts, influences, and applications covered. For anyone teaching or just interested in the (re)turn to religion, it is time to move On Religion from 'recommended' to 'required'."

"Many are the people who write uninterestingly and unintelligently about religion. Precious few do the opposite, and no one writes more brilliantly and delightfully on religion than John Caputo. From the first sentence of On Religion to the last, Caputo guides you into what is arguably life's most alluring (and insistent) exploration. On Religion is both incisive and playful, accessible and profound, snarky (in a philosophical way) and reverent. This new second edition preserves all that made the original edition so outstanding and adds new material that makes this book even more worth reading - whether you're an agnostic college student or an aging minister like me."

"This second edition of John Caputo's classic text on religion is a most welcome event. It is a book full of bold wit, singular compassion and surprising grace. Vintage Caputo, inviting us to an impossible God beyond God before whom one can dance and sing."

"On Religion, 2nd Edition entertains as it provokes, and it should not be missed by anyone concerned with religion in a postmodern condition."

The Love of God One

Religion is for Lovers

What do I Love When I Love My God?

Our Prophets: Kierkegaard and Nietzsche

Putting Religion in Its Place Three

The Mystical Element in Life

The Place of Religion

Can There Be a Religion with Religion? Four

Never Say "Only" a Symbol

A God Before Whom We Can Sing and Dance

Why is Religion So Violent? Five

Why Was Jesus Killed?

The Hermeneutics of Love

God is Dead—Or Maybe Not So Fast

Panentheism or the Divine Milieu

Not Your Great-Grandfather’s Newtonianism

Cosmic Grace: World Without Why, Amen

On Religion – Without Religion Seven

The Tragic Sense of Life

The Faith of a Post-Modern

Axioms of a Religion Without Religion