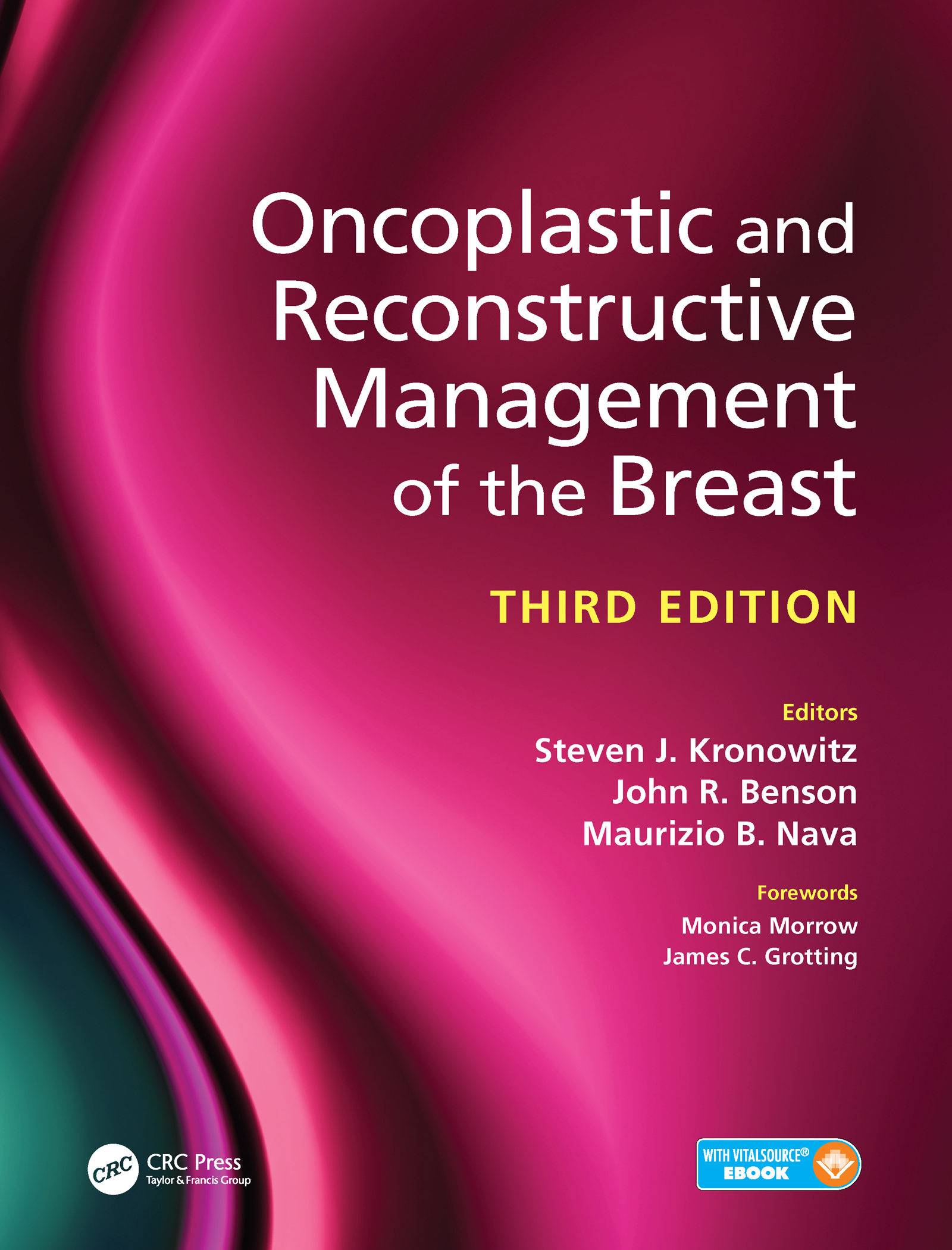 Oncoplastic and Reconstructive Management of the Breast, Third Edition

This new edition provides a comprehensive and contemporary account of techniques in oncoplastic and reconstructive breast surgery. Uniquely, this book includes short, concise chapters containing only the most critical information. Many of the chapters are entitled " My Approach." and this enables the reader to become integrated into the clinical practice of the world's breast experts. The true multidisciplinary nature of the book ensures that the perspectives of all members of the breast cancer team are included. This transfer of knowledge between disciplines leads to improved patient care and the integration of multidisciplinary treatment, thus providing an educational and practical multidisciplinary breast cancer book for practicing breast cancer doctors and trainees worldwide.

Professor John Benson is a Consultant Breast Surgeon in the Cambridge Breast Unit at Addenbrooke’s Hospital, Cambridge, UK. He received his basic medical degree from Oxford University Clinical School and has been awarded doctorates from both Oxford and Cambridge Universities [DM (Oxon); MD (Cantab)]. He was a research fellow at The Royal Marsden Hospital and Institute of Cancer Research, London and undertook internships both at the Royal Marsden Hospital in Surrey and the Chelsea and Westminster Hospital, London, UK. Further experience was gained in management of breast diseases as Visiting Professor at the New York Hospital - Cornell Medical Centre. Professor Benson is a Fellow of Selwyn College, Cambridge where he is also Director of Clinical Studies, Associate Lecturer, University of Cambridge and Professor of Applied Surgical Sciences at Anglia Ruskin University, Cambridge, UK. He is a member of the Panel of Examiners, Intercollegiate MRCS Examination (Royal College of Surgeons of Edinburgh) and was appointed a Regional Breast Tutor by The Royal College of Surgeons of England. He is a Fellow of the Royal College of Surgeons of England, a Fellow of the Royal College of Surgeons of Edinburgh and a member of the British Breast Group. His clinical practice is devoted entirely to patients with breast diseases and current research interests include investigation of a fluorescent navigation system for sentinel lymph node detection in early breast cancer patients. He has published three papers in the past 3 years on this topic – all in American journals and one of these a leading commentary summarizing where we are and where we are going with this technology (Annal of Surgical Oncology). Professor Benson is principle investigator for two national breast cancer trials (POSNOC and MarginProbe) and regularly acts as reviewer for major grant giving bodies (Cancer Research UK, Medical Research Council, Breast Cancer Now and NIHR).

Professor Benson has published widely in the field of breast disease in general (>140 publications) and co-ordinated or written articles for leading journals including The Lancet and The Lancet Oncology, Annals of Surgery, British Journal of Surgery, Surgical Clinics of North America and Breast Diseases Quarterly. He has also contributed numerous book chapters and presented papers at major international meetings. He is author and editorial consultant for the breast module of PIER (American College of Physicians) and a Module Lead for the Masters in Oncoplastic Breast Surgery (E-Learning) (Royal College of Surgeons of England and University of East Anglia) [Gold Award for e-learning 2013]. In addition, he is co-editing the third edition of the text "Oncoplastic and Reconstructive Management of the Breast" with colleagues from the United States and Italy and this should be ready for publication in early 2018. Professor Benson is ranked amongst the top 0.18% of world’s breast cancer experts and won First Prize in the Oncology Section of BMA Medical Book Awards (2013).

Over the past 3 years Professor Benson has undertaken invited speaker presentations in the United States, India, Brazil, Japan, Kuwait, Italy and Spain. In September 2015, he visited the University of Pernambuco in Brazil (Faculdade de Ciencias Medicas) where he gave a memorial lecture to his former Professor and mentor Antonio Figueira Filho who was a pioneer of breast surgery in South America. He is a former member of the Planning Committee for the San Antonio Breast Cancer Symposium which is the world’s premier breast cancer meeting with >8000 attendees from 100 countries outside the United States of America. He was Visiting Professor at the University of Texas, Health Sciences Centre at San Antonio in December 2016 and had the honour of being invited to deliver the Grand Round Lecture (Department of Surgery). He was elected to the Executive Board of the Association of Breast Surgery (United Kingdom) as an Ordinary Trustee in September 2016. He is currently co-convener for the Advanced Skills in Breast Disease Course at the Royal College of Surgeons of England.

Maurizio Nava achieved his Bachelor of Medicine and Surgery at the University of Milan in 1977.

He majored in oncology in 1980 and general surgery in 1986. In 1993, he then majored in plastic and reconstructive surgery. Since graduating he worked at the Istituto Nazionale dei Tumori in Milan and from 1997 till 2014 as Director of the Plasic Surgery Unit. As Adjunct Professor – School of Specialization in Plastic Surgery, University of Milan and from 2017 University of Genova, he participates in national and international studies on implants, ADMs, fat cells and microsurgidjunctcal flaps in oncoplastic breast surgery and breast aesthetic surgery.

He has organized several international conferences concerning both reconstructive and aesthetic surgery of the breast.

He and his team are dedicated to the surgery of the breast from tumour to reconstruction and to the aesthetic outcome and body contouring.

He introduced new surgical techniques both in mastectomy and reconstruction and aesthetic breast surgery.

Steven J. Kronowitz is a world-renowned expert in the field of breast reconstruction and is best known for his expertise in oncology-related breast reconstruction, radiation-related breast reconstruction, and oncoplastic surgery. He is known internationally for his expertise in multidisciplinary-breast cancer care and has developed numerous treatment approaches, techniques, and algorithms that are used worldwide in the care of patients with breast cancer. Besides publishing numerous landmark publications in peer-reviewed journals, Dr. Kronowitz edits his own international textbooks with contributions from the recognized world experts in multidisciplinary breast care. Dr. Kronowitz has published extensively and lectures both nationally and internationally. He is also a basic science researcher focusing on mechanisms of DNA injury and repair after radiation therapy, cell-to-cell interaction and crosstalk, and vascular–stromal and stem cell interaction and transplantation.