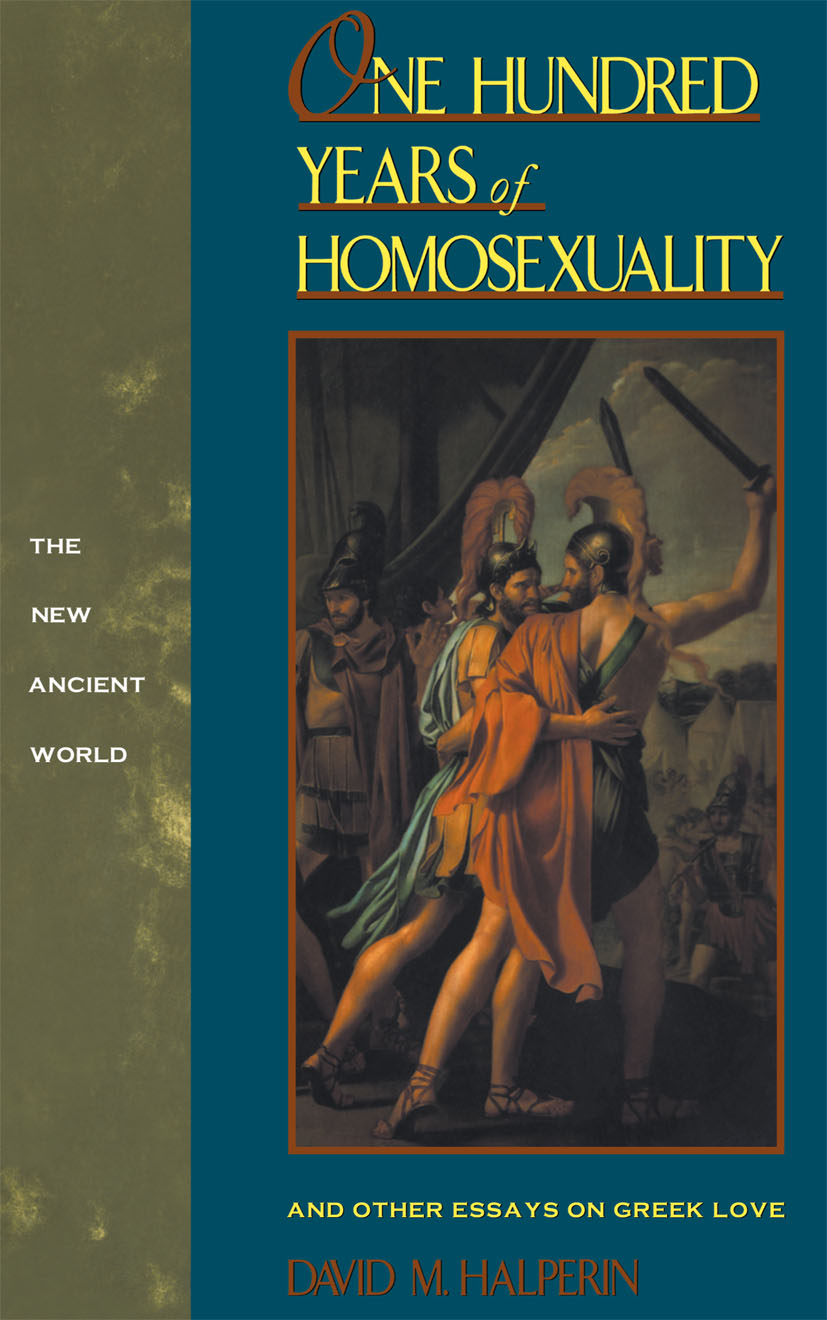 One Hundred Years of Homosexuality

And Other Essays on Greek Love, 1st Edition

Halperin's subject is the erotics of male culture in ancient Greece. Arguing that the modern concept of "homosexuality" is an inadequate tool for the interpretation of these features of sexual life in antiquity, Halperin offers an alternative account that accords greater prominence to the indigenous terms in which sexual experiences were constituted in the ancient Mediterranean world. Wittily and provocatively written, Halperin's meticulously drawn windows onto ancient sexuality give us a new meaning to the concept of "Greek love."

"the single most important contribution to the interpretation of gay history in nearly a decade." -- Outweek

"the most significant study of Greek homosexuality since the pioneering work of K.J. Dover…This rich and stimulating book has something to offer to the general reader of Homer and Plato as well as to the specialized theorist of human sexuality. Halperin's research is very much on the cutting edge of classical studies and is sure to be an influence in the field for years to come." -- Classical World

"all very fine essays, characterized by meticulous scholarship and a great deal of fresh insight." -- Journal of the History of Sexuality

"Carries out, with careful scholarly arguments and a judicious, wide-ranging use of evidence, the project Foucault mapped out in the second volume of his History of Sexuality . . . Clear and incisive, these essays are probably the best available introduction for the general reader to the issues raised by Foucault's work." -- Martha Nussbaum, TLS

"[Halperin] is a brilliant polemicist . . . it is hard to imagine a more eloquent and well-informed presentation of his point of view. And the passion and dash of his prose serve to remind us that what is in question is not only theory but the beliefs and behaviors of real human beings." -- Mark Golden, Classical Views

"the best kind of work being produced as the fruit of about 15 years of serious scholarship on homosexuality…serious, sensitive, erudite yet passionate." -- Bay Windows

"a tremendous acomplishment…among the very best works that have emerged from lesbian/gay studies…bold, witty, and densely packed with powerful interpretations." -- Gay Community News

David M. Halperin is Professor of Literature at the Massachusetts Institute of Technology.