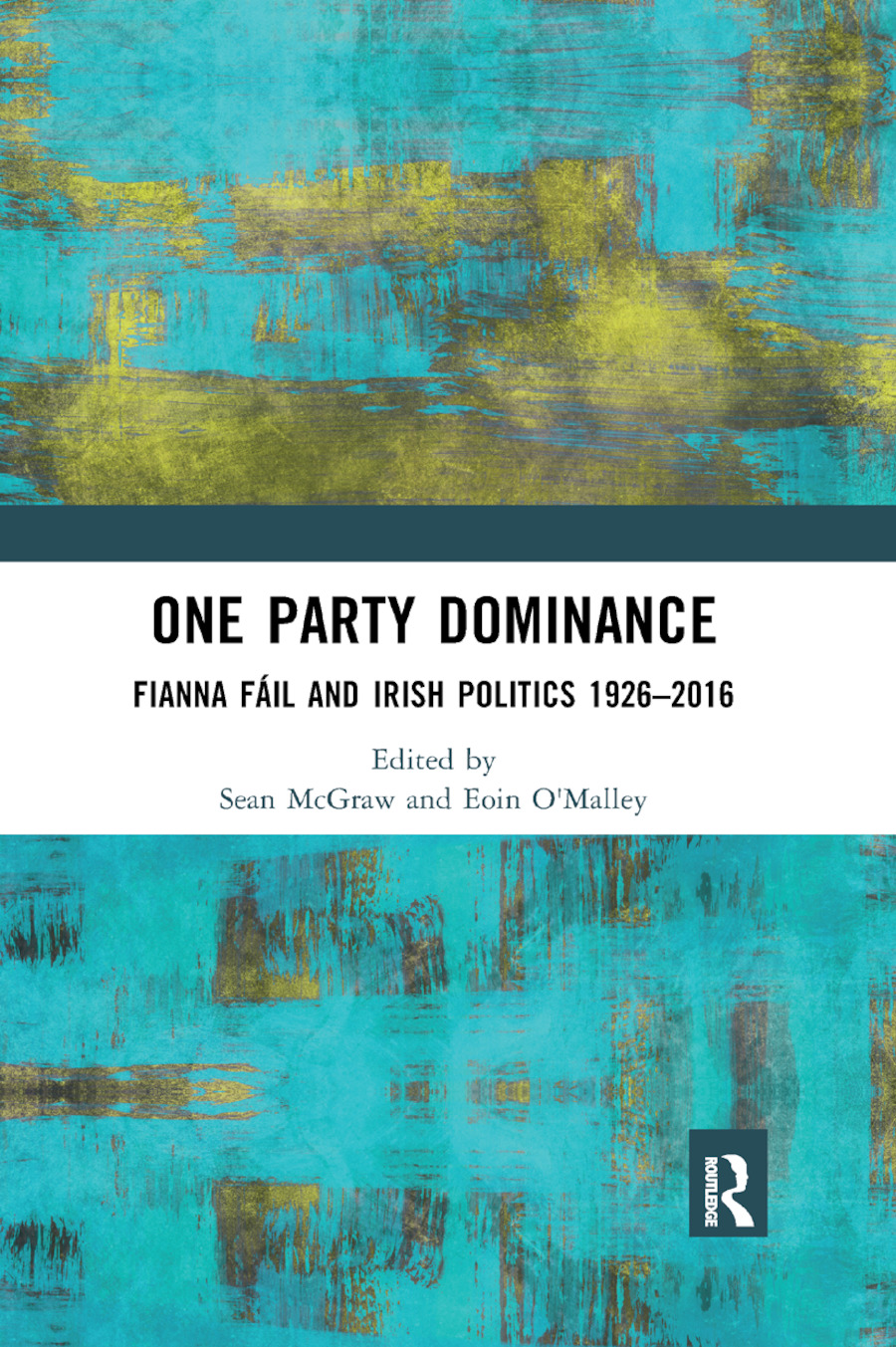 Fianna Fáil was for most of the 20th century the democratic world’s most successful political party. It dominated the politics of Ireland from 1932, when it first took power, until 2011 when it became a prominent electoral victim of the Great Recession.

This book provides original research that explains how Fianna Fáil became dominant and managed its coalitions of support to maintain that position for eight decades. It gathers prominent political scientists who focus on a variety of factors including its ideological flexibility, control of state resources and the venue for decision making, the party’s leadership, its organisation and communications strategies. In addition the book takes a comparative approach to understanding the position of dominant parties in democratic countries, and uses empirical data to understand the sources of its support and decline.

It is a book that will be of interest not only to scholars of Ireland, but also to those who wish to understand the sources of power of dominant political parties and the impact of the Great Recession on democratic politics.

This book was originally published as a special issue of Irish Political Studies.

Sean McGraw is an Assistant Professor of Political Science at the University of Notre Dame, USA. His main research focuses on political parties and party systems and he also studies the politics of religion. His first book How Parties Win: Shaping the Irish Political Arena, addresses these themes in Ireland.

is a Senior Lecturer at the School of Law and Government, Dublin City University, Ireland. His main research is on government and leadership in Ireland. He is a columnist with Sunday Independent, Ireland’s most read newspaper.