Mathematicians have devised different chaotic systems that are modeled by integer or fractional-order differential equations, and whose mathematical models can generate chaos or hyperchaos. The numerical methods to simulate those integer and fractional-order chaotic systems are quite different and their exactness is responsible in the evaluation of characteristics like Lyapunov exponents, Kaplan-Yorke dimension, and entropy. One challenge is estimating the step-size to run a numerical method. It can be done analyzing the eigenvalues of self-excited attractors, while for hidden attractors it is difficult to evaluate the equilibrium points that are required to formulate the Jacobian matrices. Time simulation of fractional-order chaotic oscillators also requires estimating a memory length to achieve exact results, and it is associated to memories in hardware design. In this manner, simulating chaotic/hyperchaotic oscillators of integer/fractional-order and with self-excited/hidden attractors is quite important to evaluate their Lyapunov exponents, Kaplan-Yorke dimension and entropy. Further, to improve the dynamics of the oscillators, their main characteristics can be optimized applying metaheuristics, which basically consists of varying the values of the coefficients of a mathematical model. The optimized models can then be implemented using commercially available amplifiers, field-programmable analog arrays (FPAA), field-programmable gate arrays (FPGA), microcontrollers, graphic processing units, and even using nanometer technology of integrated circuits.

The book describes the application of different numerical methods to simulate integer/fractional-order chaotic systems. These methods are used within optimization loops to maximize positive Lyapunov exponents, Kaplan-Yorke dimension, and entropy. Single and multi-objective optimization approaches applying metaheuristics are described, as well as their tuning techniques to generate feasible solutions that are suitable for electronic implementation. The book details several applications of chaotic oscillators such as in random bit/number generators, cryptography, secure communications, robotics, and Internet of Things.

Esteban Tlelo-Cuautle is a principal investigator at Instituto Nacional de Astrofísica, Óptica y Electrónica (INAOE), México. He has authored 4 and edited 11 books, and has published around 300 articles in books, reputed journals and conferences. He is an Associate Editor in IEEE Transactions on Circuits and Systems, Engineering Applications of Artificial Intelligence, MDPI Electronics, Integration the VLSI Journal, and Frontiers of Information Technology and Electronics Engineering. His research interests include analog signal processing, synthesis and design of integrated circuits, optimization by metaheuristics, design and applications of chaotic systems, IoT security, symbolic analysis and analog/RF and mixed-signal design automation tools.

is in the Computer Science Department at the Center of Research and Advanced Studies (Cinvestav), in Mexico City. His research areas include computer vision, application of evolutionary algorithms, applied mathematics, and network security. He is very enthusiastic on open software and GNU/Linux systems. Dr. de la Fraga has published more than 30 articles in reputed journals, 6 in books, 1 book and more than 50 articles in international conferences. He had graduated 27 MSc and 3 PhD students. He is member of the Mexican Academy of Sciences, and Senior Member of the IEEE society. He is also member of ACM society.

received a B.Eng. degree from Instituto Tecnológico de Veracruz, and the M.Sc. degree in Electronics in 2018 from Instituto Nacional de Astrofísica, Óptica y Electrónica (INAOE) in México. He is currently pursuing a Ph.D. at INAOE. He has authored 1 book, and around 10 works published in book chapters, international journals and conferences. His topics of interest are oriented to chaotic systems, synchronization techniques, security of data transmission, embedded systems and integrated circuit design and applications.

received his Engineering degree on Electronics and his M.Sc. degree from Instituto Tecnológico de Puebla, México in 2013. He received a Ph.D. degree from Instituto Nacional de Astrofísica, Óptica y Electrónica (INAOE), México in 2020. He has authored 1 book, and around 10 works published in book chapters, international journals and conferences. His research interests include modeling, embedded systems, simulation and optimization of chaotic systems, synthesis of analog circuits and fractional-order chaotic systems and applications. 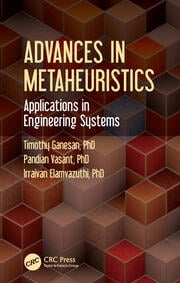 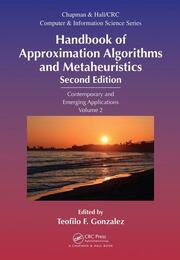 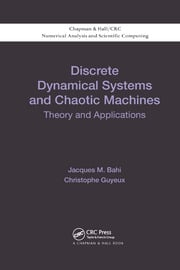