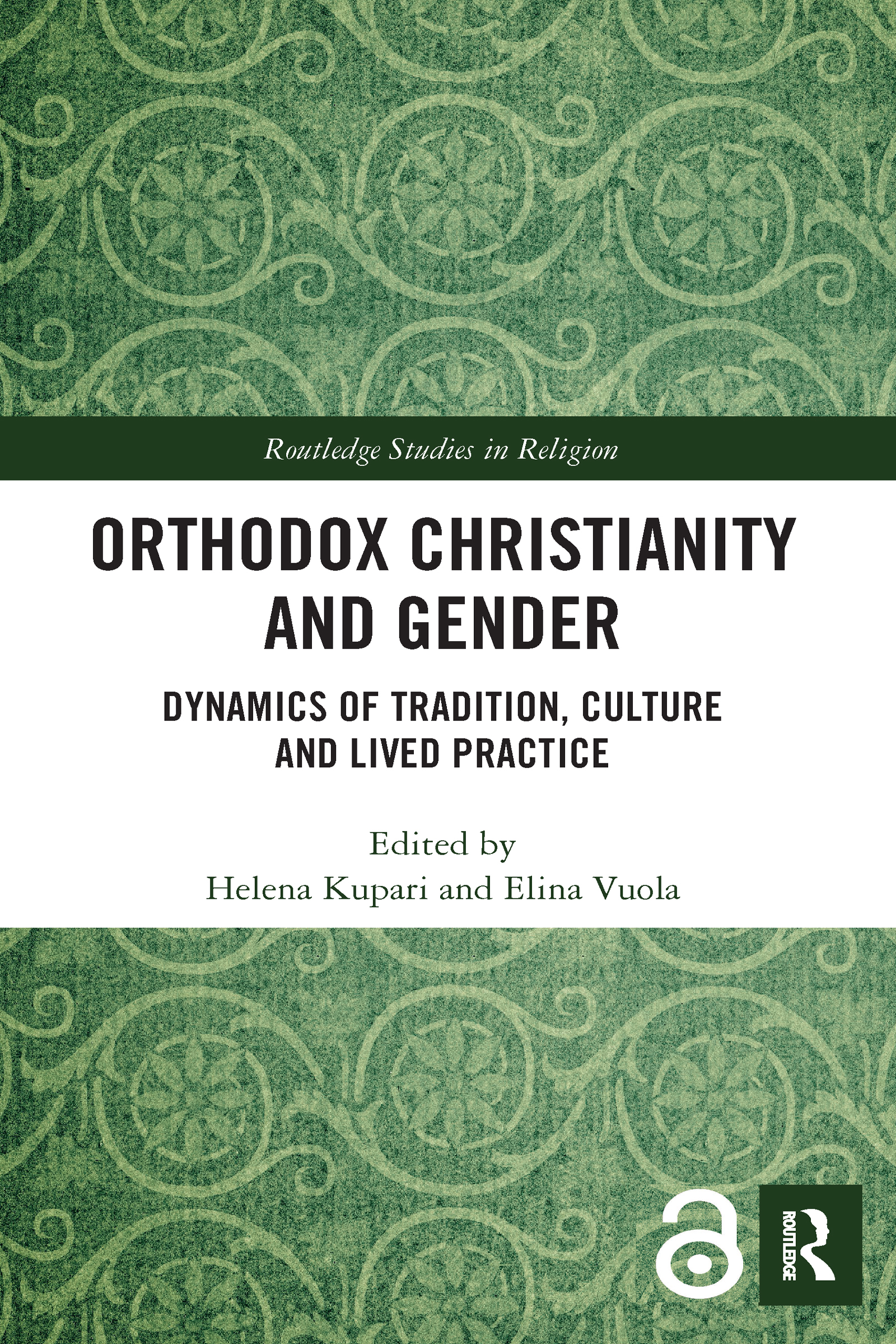 The Orthodox Christian tradition has all too often been sidelined in conversations around contemporary religion. Despite being distinct from Protestantism and Catholicism in both theology and practice, it remains an underused setting for academic inquiry into current lived religious practice. This collection, therefore, seeks to redress this imbalance by investigating modern manifestations of Orthodox Christianity through an explicitly gender-sensitive gaze. By addressing attitudes to gender in this context, it fills major gaps in the literature on both religion and gender.

Starting with the traditional teachings and discourses around gender in the Orthodox Church, the book moves on to demonstrate the diversity of responses to those narratives that can be found among Orthodox populations in Europe and North America. Using case studies from several countries, with both large and small Orthodox populations, contributors use an interdisciplinary approach to address how gender and religion interact in contexts such as, iconography, conversion, social activism and ecumenical relations, among others.

From Greece and Russia to Finland and the USA, this volume sheds new light on the myriad ways in which gender is manifested, performed, and engaged within contemporary Orthodoxy. Furthermore, it also demonstrates that employing the analytical lens of gender enables new insights into Orthodox Christianity as a lived tradition. It will, therefore, be of great interest to scholars of both Religious Studies and Gender Studies.

3. Women in the Church: Conceptions of Orthodox Theologians in Early Twentieth-Century Russia

4. Obedient Artists and Mediators: Women Icon Painters in the Finnish Orthodox Church from the Mid-Twentieth to the Twenty-First Century

5. What Has Not Been Assumed Has Not Been Redeemed: The Forgotten Orthodox Theological Condonement of Women’s Ordination in the 1996 Orthodox and Old Catholic Consultation on Gender and the Apostolic Ministry

6. How to Ask Embarrassing Questions About Women’s Religion: Menstruating Mother of God, Ritual Impurity, and Fieldwork Among Seto Women in Estonia and Russia

8. Tradition, Gender, and Empowerment: The Birth of Theotokos Society in Helsinki, Finland

10. On Saints, Prophets, Philanthropists, and Anticlericals: Orthodoxy, Gender, and the Crisis in Greece

11. Russian Orthodox Icons of Chernobyl as Visual Narratives about Women at the Center of Nuclear Disaster

Helena Kupari is a Postdoctoral Researcher at the Department of Cultures, Faculty of Arts, University of Helsinki, Finland. She has published a monograph entitled Lifelong Religion as Habitus: Religious Practice among Displaced Karelian Orthodox Women in Finland (2016) and has contributed chapters and articles on Religious Studies to various publications in the field.

Elina Vuola is Professor of Global Christianity and Dialogue of Religions at the Faculty of Theology, University of Helsinki, Finland. She has been a visiting scholar at the Women’s Studies in Religion Program of the Harvard Divinity School (2002-2003) and at the Religious Studies Department at Northwestern University (2014-2015). She has written multiple chapters and articles and lectured widely on the interaction of gender and Orthodox Christianity. Her most recent monograph is The Virgin Mary across Cultures: Devotion among Costa Rican Catholic and Finnish Orthodox Women (2019).