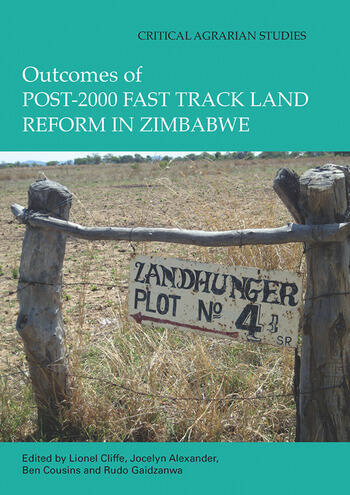 The struggle over land has been the central issue in Zimbabwe ever since white settlers began to carve out large farms over a century ago. Their monopolisation of the better-watered half of the land was the focus of the African war of liberation war, and was partially modified following Independence in 1980. A dramatic further episode in this history was launched at the start of the last decade with the occupation of many farms by groups of African veterans of the liberation struggle and their supporters, which was then institutionalised by legislation to take over most of the large commercial farms for sub-division.

Sustained fieldwork over the intervening years, by teams of scholars and experts, and by individual researchers is now generating an array of evidence-based findings of the outcomes: how land was acquired and disposed of; how it has been used; how far new farmers have carved out new livelihoods and viable new communities; the major political and economic problems they and other stakeholders such as former farm-workers, commercial farmers, and the overall rural society now face.

This book will be an essential starting place for analysts, policy-makers, historians and activists seeking to understand what has happened and to spotlight the key issues for the next decade.

This book was published as a special issue of the Journal of Peasant Studies.