PID Tuning
A Modern Approach via the Weighted Sensitivity Problem 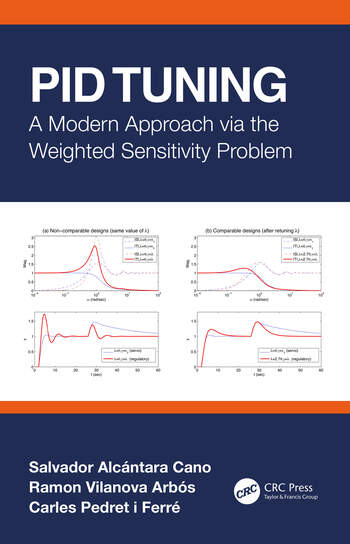 PID Tuning: A Modern Approach via the Weighted Sensitivity Problem

The PID controller is the most common option in the realm of control applications and is dominant in the process control industry. Among the related analytical methods, Internal Model Control (IMC) has gained remarkable industrial acceptance due to its robust nature and good set-point responses. However, the traditional application of IMC results in poor load disturbance rejection for lag-dominant and integrating plants. This book presents an IMC-like design method which avoids this common pitfall and is devised to work well for plants of modest complexity, for which analytical PID tuning is plausible. For simplicity, the design only focuses on the closed-loop sensitivity function, including formulations for the H∞ and H2 norms. Aimed at graduate students and researchers in control engineering, this book:

Salvador Alcántara Cano graduated in Computer Science & Engineering and then obtained the MSc and PhD degrees in Systems Engineering & Automation, all from Universitat Autònoma de Barcelona, in 2005, 2008, and 2011, respectively. During his short-lived research career, he focused on PID control and the analytical derivation of simple tuning rules guided by robust and optimal principles. He also made two research appointments with Professors Weidong Zhang and Sigurd Skogestad, almost completed a degree in Mathematics, and held a Marie Curie postdoctoral position in The Netherlands. Back in Barcelona, "Salva" worked as an automation & control practitioner for one more year, before definitively shifting his career into software development. Apart from programming and DevOps in general, his current interests include Stream Processing, Machine Learning, and Functional Programming & Category Theory.

Ramón Vilanova Arbos was born in Lérida, Spain, on September 10, 1968. He graduated from Universitat Autònoma de Barcelona (1991) obtaining the title of doctor through the same university (1996). At present he occupies the position of Lecturer at the School of Engineering of Universitat Autònoma de Barcelona where he develops educational task teaching subjects of Signals and Systems, Automatic Control, and Technology of Automated Systems. His research interests include methods of tuning of PID regulators, systems with uncertainty, analysis of control systems with several degrees of freedom, application to environmental systems, and development of methodologies for design of machine-man interfaces. He is an author of several book chapters and has more than 100 publications in international congresses/journals. He is a member of IEEE and SIAM.

Carles Pedret i Ferré was born in Tarragona, Spain, on January 29, 1972. He received the BSc degree in Electronic Engineering and the PhD degree in System Engineering and Automation from Universitat Autònoma de Barcelona, in 1997 and 2003, respectively. He is Associate Professor at the department of Telecommunications and System Engineering of Universitat Autònoma de Barcelona. His research interests are in uncertain systems, time-delay systems, and PID control. 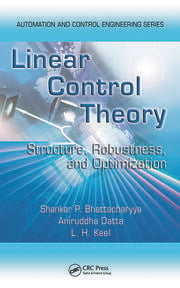