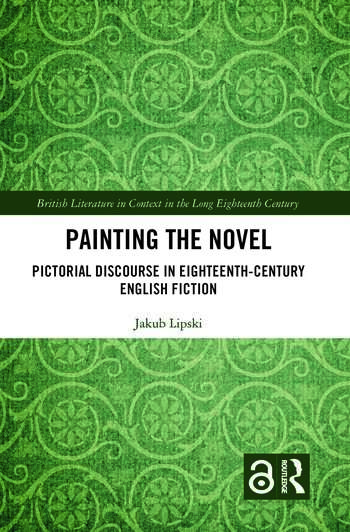 Painting the Novel: Pictorial Discourse in Eighteenth-Century English Fiction focuses on the interrelationship between eighteenth-century theories of the novel and the art of painting – a subject which has not yet been undertaken in a book-length study. This volume argues that throughout the century novelists from Daniel Defoe to Ann Radcliffe referred to the visual arts, recalling specific names or artworks, but also artistic styles and conventions, in an attempt to define the generic constitution of their fictions. In this, the novelists took part in the discussion of the sister arts, not only by pointing to the affinities between them but also, more importantly, by recognising their potential to inform one another; in other words, they expressed a conviction that the theory of a new genre can be successfully rendered through meta-pictorial analogies. By tracing the uses of painting in eighteenth-century novelistic discourse, this book sheds new light on the history of the so-called "rise of the novel".

Jakub Lipski is Assistant Professor in the Department of English, Kazimierz Wielki University, Bydgoszcz. Before obtaining  his PhD in English Literature (University of Warsaw, 2013), he had studied English, Cultural Studies and Art History. He is the author of In Quest of the Self: Masquerade and Travel in the Eighteenth-Century Novel (Brill/Rodopi, 2014) and co-editor of The Enchantress of Words, Sounds and Images: Anniversary Essays on Ann Radcliffe (Academica Press, 2015). His research interests include eighteenth-century English literature and culture, as well as the correspondences between word and image.

Far-ranging and deeply researched, Painting the Novel is an essential read for eighteenth-century scholars and a must for word and image students.

The debate between realism and the ideal had been an ongoing debate in art criticism long before it entered performance and criticism in narrative fiction. Jakub Lipski’s excellent book surveys this encounter between painting and prose fiction as it played out in British fiction of the eighteenth century from Defoe to Sterne, from Fielding to Radcliffe, from more or less attempts to capture "real life" in the presentation of character to ideal figures of beauty such as Sophia Western, from the real world of Smollett’s tavern scenes to the idealised illustrations of Burney’s Evelina, and finally to the mixture of ideally sentimentalised characters with the often grotesque landscape of the Gothic. If Hogarth and Guido Reni do not quite bookend the discussion, they play important roles.  Lipski’s book appears at a time when descriptive moments in works of fiction—moments outside the flow of narrative—are drawing ever greater critical attention. His work makes an important contribution to that discussion.

In this admirably broad and wide-ranging study Jakub Lipski sheds new light on the relationship between the novel and the visual arts, especially painting, in the eighteenth century. Moving beyond the familiar accounts of the ‘sisters arts’ he carefully elucidates a deeper engagement, demonstrating that novelists frequently evoked the pictorial to work through and better understand their own practice in a period of generic instability and turmoil. Through a series of compelling case studies, illuminated by welcome attention to paratextual features alongside painterly motifs and explicit references, the complexity of the entanglement between the verbal and the visual in the eighteenth century is brought intelligently and vividly to life.