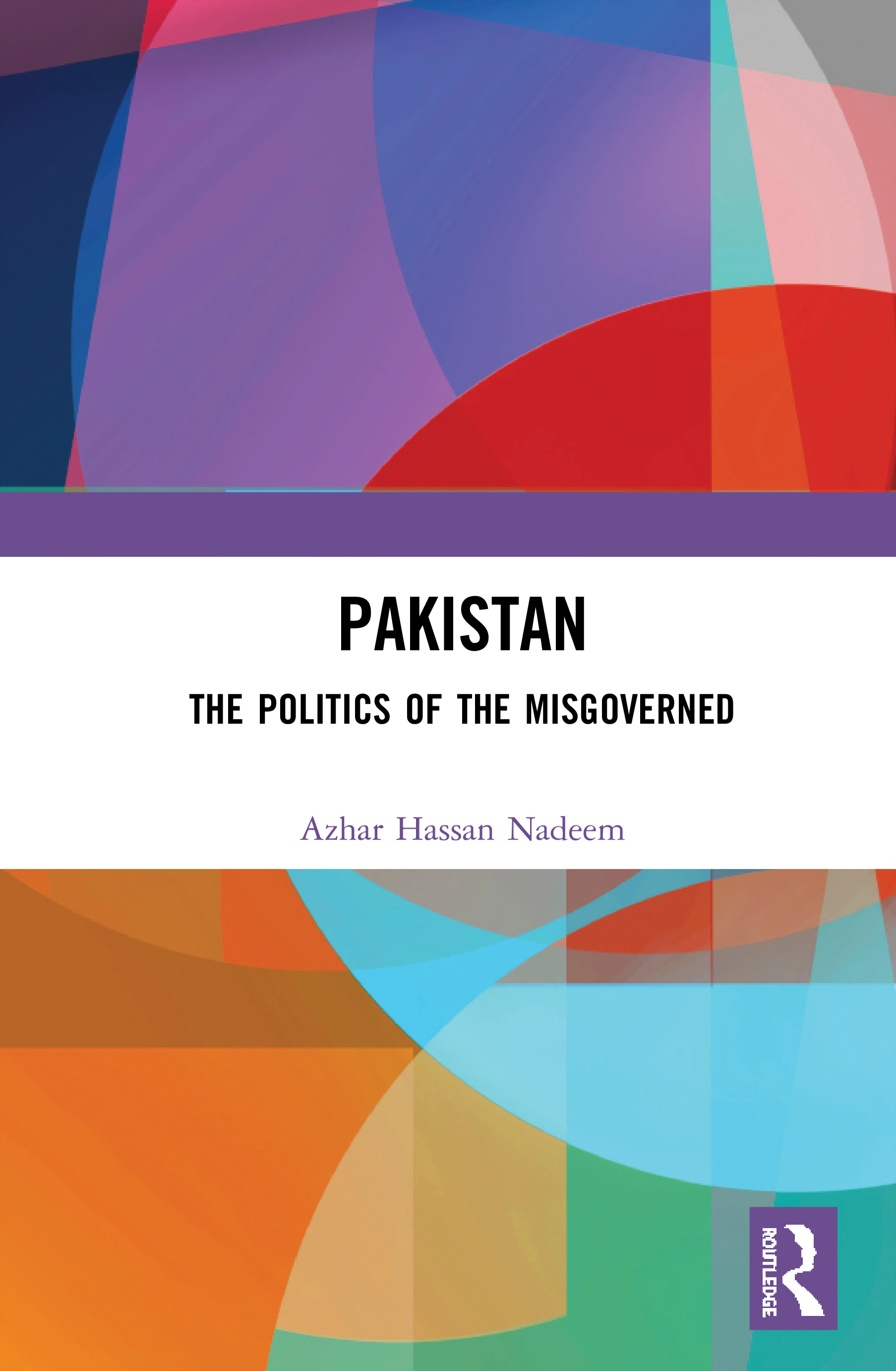 The Politics of the Misgoverned, 1st Edition

This book offers a comprehensive analysis of the state of political institutions, the military establishment and political parties in Pakistan. It provides a nuanced understanding of the practices of disenfranchisement by theocratic governments in the country which has relegated the people to the margins of their society.

The volume provides an in-depth account of the political history of Pakistan focusing not only on national politics and foreign policy but also on their congruences with subnational systems of governance, the criminal justice system, bureaucracy, the electoral system and the police. It discusses challenging issues plaguing the country such as the continued dominance of the military, lagging economic development, lack of accountability within political institutions, and sectarianism and terrorism. The author dissects and critically examines Pakistan’s hegemonic politics and underlines the need for a new social contract based on the principles of inclusiveness and equality.

The volume offers fresh perspectives on the multifaceted problems in Pakistan’s politics. It will be of great interest to policy practitioners and to academics and students of politics, law and governance, sociology, international relations, comparative politics, Pakistan studies and South Asia studies.

'This book brilliantly examines the history of governance in Pakistan and focuses on the critical aspects of country’s institutional growth. It’s emphasis on the centrality of criminal justice system & rule of law offers readers a very important perspective. The book provides the challenge of terrorism that Pakistan faced for many decades now as a test case of how state institutions responded to this ugly episode. His analysis and prescriptions for governance reform efforts in Pakistan offers much needed clarity and wisdom.

Azhar Hassan Nadeem retired as the Inspector General Police of Punjab, Pakistan in 2008 and served as Member Punjab Public Service Commission from May 2008 to 2011. He has been delivering lectures from time to time in various universities and training institutions at home and abroad. He is currently serving as Senior Fellow at the Lahore School of Economics. He has Masters of Economic and Social Studies from the University of Wales, Cardiff, UK and Doctorate in Economics from the University of the Punjab in 1998. Apart from the policing and administrative experience, he is an economist and a criminologist who has authored a number of books including Pakistan: The Political Economy of Lawlessness (2002). His book titled The Punjab Police in a Comparative Perspective (1989) was awarded by the National Book Council of Pakistan and received the Allama Iqbal Award by the Government of the Punjab.