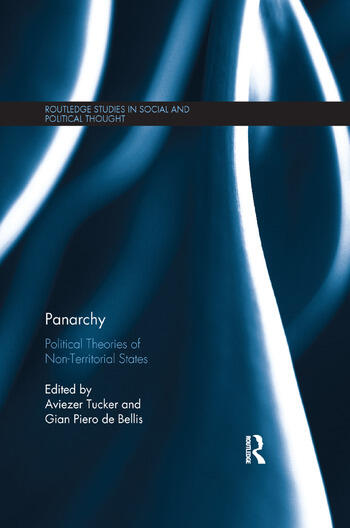 Panarchy is a normative political meta-theory that advocates non-territorial states founded on actual social contracts that are explicitly negotiated and signed between states and their prospective citizens. The explicit social contract, or a constitution, sets the terms under which a state may use coercion against its citizens and the conditions under which the contract may be annulled, revised, rescinded, or otherwise exited from. Panarchy does not advocate any particular model of the state or social justice, but intends to encourage political variety, innovation, experimentation, and choice. With its emphasis on explicit social contracts, Panarchy offers an interesting variation on traditional social contract theories.

Today, Panarchist political thought is particularly relevant and interesting in the context of globalization, increased international migration, the weakening of national sovereignty, the rise of the internet "cloud" as a non-territorial locus of political and protopolitical social networks that are not geographic, the invention of cryptocurrencies that may replace national currencies, and the rise of urban centers where people of many different political identities live and work together.

This is the first volume to bring together key philosophically and politically interesting yet often overlooked Panarchist texts. From the first published translation of de Puydt seminal 1860 article to contemporary Silicon Valley political theory, the volume includes Panarchist texts from different eras, cultures and geographical regions. The amassed wealth of theoretical insight enables readers to compare different texts in this tradition of political thought and distinguish different streams and varieties within this political tradition, in comparison with Cosmopolitanism, Contractarianism, and Anarchism.

Aviezer Tucker is a political philosopher and theorists. He is an associate of the Davis Center at Harvard.

'Tucker and de Bellis have assembled an important collection of 19th, 20th, and 21st century authors with an interesting and often overlooked perspective on the nature of political authority, which will be challenging to anarchists and social-contract theorists alike.'—Aeon J. Skoble, author of Deleting the State: An Argument about Government

'Question: What form of government do you desire?" So asks Paul-Emile de Puydt, setting the stage for this anthology in which Aviezer Tucker and Gian Piero de Bellis introduce us to Panarchy, the normative theory which has been all but forgotten since its first treatment in 1860. Readers familiar with cosmopolitanism may find themselves in uncharted lands, from the foundational work of John Zube, to Shih Shun Liu's thesis on extraterritoriality. "Panarchy may appear radical to readers who have only known and lived in nation-states." But for those looking to transcend Westphalia and other political monopolies, or to find new ground in social contract theory, this volume offers an exciting, thought-provoking and well structured exploration of not just a theory, but also an ideal which was once overlooked, but now has a timely resonance.'—Steve Pickering, Kobe University, Japan