Paranoia
The madness that makes history 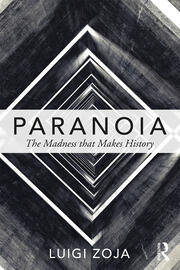 Paranoia: The madness that makes history

Luigi Zoja presents an insightful analysis of the use and misuse of paranoia throughout history and in contemporary society. Zoja combines history with depth psychology, contemporary politics and tragic literature, resulting in a clear and balanced analysis presented with rare clarity. The devastating impact of paranoia on societies is explored in detail.

Focusing on the contagious aspects of paranoia and its infectious, self-replicating dynamics, Zoja takes such diverse examples as Ajax and George W. Bush, Cain and the American Holocaust, Hitler, Stalin and Othello to illustrate his argument. He reconstructs the emblematic arguments that paranoia has promoted in Western history and examines how the power of the modern media and mass communication has affected how it spreads. Paranoia clearly examines how leaders lose control of their influence, how the collective unconscious acquires an autonomous life and how seductive its effects can be – more so than any political, religious or ideological discourse.

This gripping study will be essential reading for depth and analytical psychologists, and academics and students of history, cultural studies, psychology, classical studies, literary studies, anthropology and sociology.

Introduction: The Madness of Ajax. 1. What is Paranoia? 2. The Beginnings: Myth and History. 3. European Nationalism: From cultural renaissance to paranoia 4. Naive Persecutors. 5. Darkness over Europe. 6. Freud, Keynes and the Bamboozled Man. 7. Siegfried 8. The Granite Foundation and the Hour of Idiocy 9. The Man of Steel and the Final Product 10. Fire That Feeds Fire 11. Further and Further West 12. A Plan for the Twenty-first Century? 13. Inconclusive Thoughts 14. Iago’s Whisper. Bibliography.

Luigi Zoja is an analytical psychologist in private practice in Milan who lectures internationally. He is a former training analyst of the C. G. Jung Institut, Zurich, past president of CIPA (Centro Italiano di Psicologia Analitica) and former president of IAAP (International Association of Analytical Psychology). He has taught at the University of Insubria and at Beijing Normal University, and his previous books have been published in multiple languages. 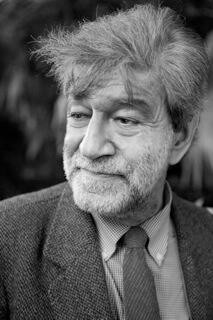 "This analysis of the collective paranoia that results in horrendous conflicts between societies and between groups within societies, provides a ‘different angle of vision’ (to use Robert K. Merton’s useful sociological perspective) for the social scientist trying to make sense of unrest and war in the world. Zoja’s sweep of history shows how leaders have capitalized on tendencies toward paranoia to mobilize against targeted groups throughout history and well into our own time. This is an intellectual tour de force that brings together both psychological, cultural and sociological factors that have resulted in aggression against subgroups within societies and aggression against societies close to or far from home. It expands our outlook that limits analysis to economic, geographic, or political factors." - Cynthia Epstein, Emeritus Distinguished Professor of Sociology, Graduate Center of the City University of New York, USA

"A great book, blazing new trails...A new look at the phenomenon of paranoia - this time as a motive for action, personal as well as collective; a factor capable of determining the course of biographies but also of history. In our times of the world falling out of join, ambient fears seeking in vain the place to cast their anchors, and so the collective and personal paranoia exuberant and in full swing, Zoja's study acquires exceptional topicality. A truly eye-opening study!" - Zygmunt Bauman, Professor Emeritus of Sociology, University of Leeds, UK

"Lemkin, a Polish jurist, coined the word ‘genocide’ around 1943. Some 70 years afterwards, Zoja is engaging with the demanding endeavour of continuing the work of Lemkin in exploring the real meaning of the genocidal process and the genocidal mind. Paranoia is one of the outcomes of this endeavour, and now represents a masterpiece for the world of genocide experts. With rigorous historical analysis, this book presents the effect of ‘paranoia’ on masses and how paranoia has been wielded by different ideologies to create a "just war" doctrine." -Enzo Maria Le Fevre Cervini, vice-chair, Budapest Centre for the International Prevention of Genocide and Mass Atrocities

"Zoja has written a path-breaking book which not only looks at paranoia as a clinical category but also as a social and cultural phenomenon of great historical consequence. The author unites his professional training as a distinguished Jungian analyst with far ranging historical readings. The combination enables him to propose a complex definition of paranoia and to use it to illuminate key moments in contemporary history– none more so than the Hitler-Stalin comparison. Zoja’s work is sophisticated and extremely wide-ranging. It is also written in an extremely accessible and lucid style. A wonderfully provocative read." - Paul Ginsborg, Professor of Contemporary European History, University of Florence, Italy