Parliament, Inventions and Patents
A Research Guide and Bibliography 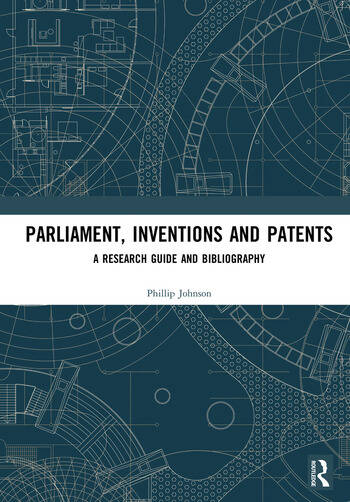 Parliament, Inventions and Patents: A Research Guide and Bibliography

This book is a research guide and bibliography of Parliamentary material, including the Old Scottish Parliament and the Old Irish Parliament, relating to patents and inventions from the early seventeenth century to 1976. It chronicles the entire history of a purely British patent law before the coming into force of the European Patent Convention under the Patents Act 1977. It provides a comprehensive record of every Act, Bill, Parliamentary paper, report, petition and recorded debate or Parliamentary question on patent law during the period.

The work will be an essential resource for scholars and researchers in intellectual property law, the history of technology, and legal and economic history.

Part 3: Acts and Legislation of the Old Scottish and Irish Parliament

2. Parliamentary Rewards Sought But Not Granted

Phillip Johnson is Professor of Commercial Law at Cardiff University, UK. His research interests include patent law, public law and legal history. His publications include a leading practitioner text, The Modern Law of Patents (Lexisnexis), and Privatised Law Reform: A History of Patent Law through Private Legislation, 1620–1907.