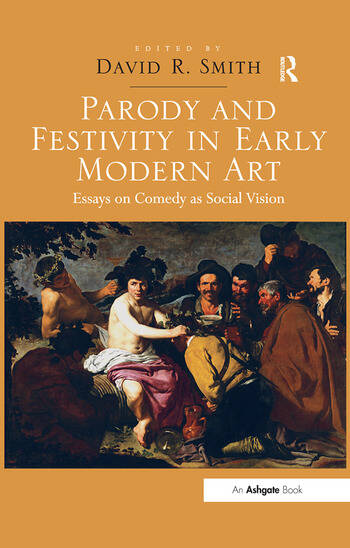 Parody and Festivity in Early Modern Art: Essays on Comedy as Social Vision

Dwelling on the rich interconnections between parody and festivity in humanist thought and popular culture alike, the essays in this volume delve into the nature and the meanings of festive laughter as it was conceived of in early modern art. The concept of 'carnival' supplies the main thread connecting these essays. Bound as festivity often is to popular culture, not all the topics fit the canons of high art, and some of the art is distinctly low-brow and occasionally ephemeral; themes include grobianism and the grotesque, scatology, popular proverbs with ironic twists, and a wide range of comic reversals, some quite profound. Many hinge on ideas of the world upside down. Though the chapters most often deal with Northern Renaissance and Baroque art, they spill over into other countries, times, and cultures, while maintaining the carnivalesque air suggested by the book's title.

David R. Smith is Professor of Art History at the University of New Hampshire, USA.

'Altogether, this diverse collection of essays makes a stimulating contribution to the study of humor in visual culture.' Renaissance Quarterly

'... a most welcome beginning to future work on comedy. The volume innovatively discusses the tough topic of laughter and comedy.' Historians of Netherlandish Art

'With its discerning and in-depth essays, the book contributes significantly to the study of festive culture and attests to the importance and the need of analyzing carefully all its manifestations.' Journal of the Northern Renaissance

'The book offers a rich array of delightful visual and textual material, which will enable readers to rediscover art from a different perspective, as defined by Paul Barolsky: "art is frequently fun-a form of play!"' Sixteenth Century Journal