The most significant overhaul of the U.S. patent laws in decades occurred with the recent passage of the Leahy-Smith America Invents Act (AIA). Understanding the law that dictates what a patent is and how a patent is obtained and enforced, and the recent changes through statute or case law litigation presents unique challenges. This third edition of Patent Fundamentals for Scientists and Engineers examines the new Act and provides an overview of the patent system for the independent inventor as well as for members of the scientific and business community—whether a scientist, engineer, supervisor, or manager.

In addition to a new chapter dedicated to the America Invents Act, the third edition includes annotations of the recent law changes, updates in all chapters, new figures, and new case studies. The authors discuss patent filing outside of the United States and also dedicate a chapter specifically to the Canadian patent system. They describe the key topics that anyone involved in the patent process needs to know, including what makes an invention patentable, the art of patent searching, and the crucial role of record keeping. The text also includes an indispensable glossary of patent terminology, as well as an appendix with sample U.S. Patent and Trademark Office (USPTO) forms.

This book provides a valuable guide to assist inventors in dealing with the USPTO, as well as with patent professionals. The text describes the patent process from conception to application filing and is a must-have reference for scientists and businesspeople alike. Since the role of patent professionals is to obtain the maximum protection for inventors, both the inventor and businessperson would be well advised to understand and participate in all the steps involved. This book offers an excellent insight into the patent process.

Thomas T. Gordon [deceased] worked as a chemist in the pharmaceutical and polymer industries before earning a JD from St. Louis University. Mr. Gordon had over 40 years’ experience in the patent field, working in various areas of patent preparation, searching, and prosecution. He conducted patent licensing programs in the United States and Europe and worked for major industrial corporations. He finished his career in private patent practice in the Arlington, Virginia area.

is a patent agent with more than 45 years’ experience in patent law in both corporate and private practice. He has served as a patent examiner in the U.S. Patent and Trademark Office and is the author of numerous publications on patents and inventions. Based on his undergraduate work in chemistry and geoscience and graduate work in science and education, Dr. Cookfair has had a varied career as a chemist, educator, and patent practitioner. He has lectured and taught extensively on science and patent law in this country and abroad and has been the recipient of a Fulbright grant.

is a registered patent attorney with the firm of Kloss, Stenger & LoTempio in Buffalo, New York. His practice focuses on intellectual property matters including patent, trademark, copyright prosecution, and infringement litigation. Mr. LoTempio is a consultant on patent issues to corporate and independent inventors. He has authored articles on patents in the Buffalo Law Journal and Buffalo Business First and he writes weekly articles on intellectual property in his personal LoTempio Law Blog. Also he lectures to businesses and inventors groups on how to identify and protect valuable intellectual property such as patentable subject matter.

is a registered patent attorney. He previously worked as a private software consultant in the health care industry. Mr. Lillis has developed and cofounded (with Vincent G. LoTempio) PatentHome.com, which serves as an educational resource for inventors to learn about intellectual property law through articles, audio recordings, and videos. Mr. Lillis is an avid speaker, conducting lectures on patent law to schools, corporations, and inventor’s organizations. He is currently a private practitioner in the Buffalo, New York, area, where he practices corporate and intellectual property law, specializing in software-related patent applications.

The authors, both with wide experience in the patent industry, provide a clear, nontechnical explanation of the patent system and patent principles.
—Mechanical Engineering, Vol. 128, No. 4, April 2006 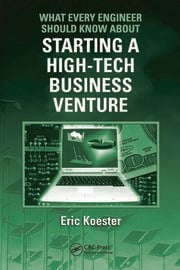 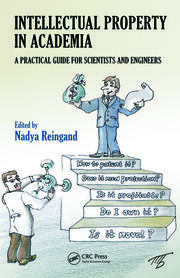 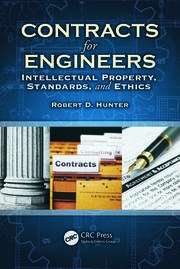