Peace and Rural Development in Colombia: The Window for Distributive Change in Negotiated Transitions

Combining academic rigor with an insider’s perspective, García Trujillo shows that the peace agreement in Colombia opened an exceptional window for addressing rural inequality. Yet, despite some progress, he argues that the agreement’s leverage to stir change was severely constrained by opposing actors within and outside the government. García Trujillo later applies the framework developed for the Colombian case to explain key dynamics of other post-conflict societies that have dealt with agrarian issues under a transitional context, like El Salvador or South Africa.

4 War Gives Way to a Possible Peace: The Domestic and International Politics of Ending the Conflict

5 A Policy Window Opens in Havana: Understanding the Inclusion of the Rural Development Item in the Peace Talks’ Agenda

6 The Comprehensive Rural Reform: A Robust Agreement with Effects on Policy

Andrés García Trujillo is an associate at the Institute for Integrated Transitions (IFIT) and a professor in the Economics Faculty of the Universidad Externado de Colombia. He served as adviser to the Colombian government in the peace talks with the FARC, mainly on rural development and implementation planning. He also worked at the Ministry of Agriculture in a program aimed at supporting family agriculture. He has over 14 years of academic and practitioner experience in development, conflict resolution, peacebuilding, and social policy. Andrés holds a BA in International Development Studies and International Political Economy from Trent University, an MA in Social Policy from Universidad Javeriana, and a PhD in Global Governance from the University of Waterloo, Canada. 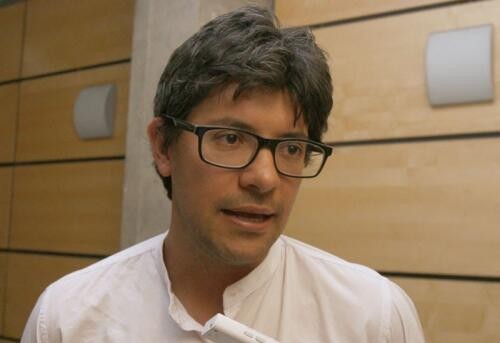 "Peace and Rural Development in Colombia presents a fascinating window into an incredible moment for potential social change: the peace accord that drew Colombia’s brutal half-century civil war to a close. García Trujillo presents readers a front-row seat to the critical decisions behind rural development policy change and why peacebuilding has foundered. The resulting account is a must-read for students of conflict resolution, rural politics, bureaucracy, and post-war politics."

"Andrés García Trujillo’s brilliant, richly documented new book provides an insider account of the recent failed critical juncture for rural change in Colombia. In doing so, it offers a major new theory of the conditions under which pro-poor rural reform is possible. This book is essential reading for anyone interested in unlocking the puzzle of promoting land reform and rural empowerment in Latin America."

"No-one is better qualified to explain why rural development is the bedrock on which non-repetition of the conflict and peace are founded, as well as how the peace process in turn opened an enormous window of opportunity for rural development, than Andrés García Trujillo. As a key advisor in my team, he helped shape the negotiations in Havana, and subsequently as a doctoral student brought the relevant theoretical apparatus to bear on that vision and experience. The result is a lucid and compelling account of why the transformation of conditions in rural areas is part and parcel of any serious conception of peace in Colombia. In Havana, we were in effect aiming to redefine the relation between state and society in the peripheral and violence-afflicted regions of the country, through what we called "territorial peace". At the same time, the book illustrates the fierce political opposition of entrenched interests against any change to the status quo and therefore against peace. For anyone who cares about these issues, not just in Colombia, Peace and Rural Development in Colombia should be a standard work."

"…this book is an outstanding contribution given that it was written in the midst of an unfolding process. For researchers trying to go beyond superficial reports and policy briefs on the progression of the rural development agenda after the signing of the 2016 Peace Agreement in Colombia, García Trujillo's book is an essential companion. More broadly, for an audience trying to reconcile the process of economic development with the persistence of violent conflict in a large economy like Colombia's, this book provides a crucial insight into the competing agendas that have enabled these processes to develop alongside and interact with each other."