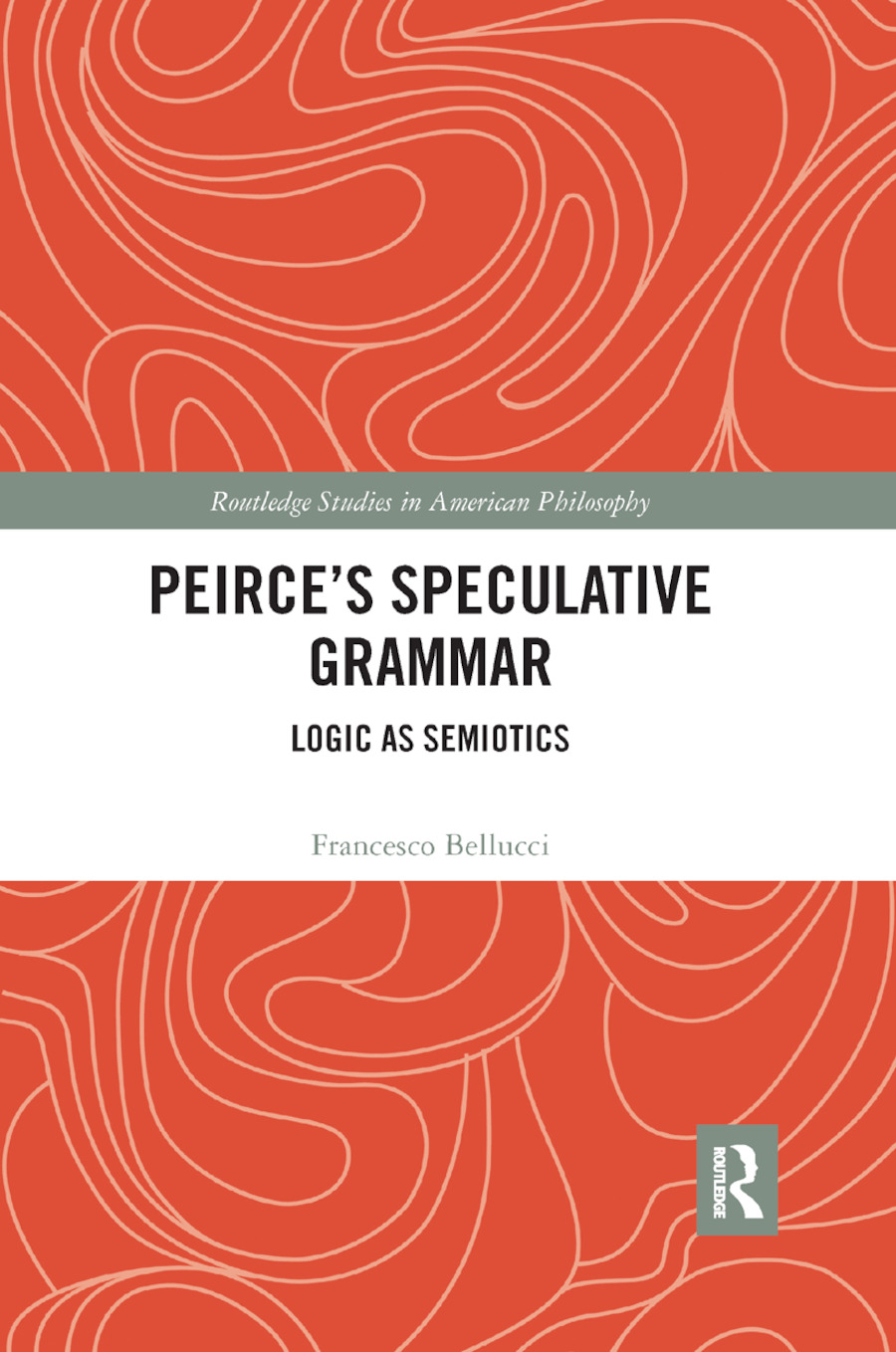 Peirce’s Speculative Grammar: Logic as Semiotics offers a comprehensive, philologically accurate, and exegetically ambitious developmental account of Peirce’s theory of speculative grammar. The book traces the evolution of Peirce’s grammatical writings from his early research on the classification of arguments in the 1860s up to the complex semiotic taxonomies elaborated in the first decade of the twentieth century. It will be of interest to academic specialists working on Peirce, the history of American philosophy and pragmatism, the philosophy of language, the history of logic, and semiotics.

"Francesco Bellucci offers an erudite exposition of the fundaments of Charles S. Peirce's philosophical theory of signs. His study is both highly ambitious and rigorously delimited, seeking to reconstruct the logical character and systematic development of Peirce's semiotic grammar by means of close readings of the original texts . . . Owing to his firm focus, Bellucci succeeds in providing the most detailed account of Peirce's speculative grammar to date." – Notre Dame Philosophical Reviews

"Peirce’s Speculative Grammar is a masterful chronological reconstruction of Peirce’s work on logic as semiotics, or the study of signs and the purposes to which we put them . . . Patently, gaining a comprehensive overview of Peirce’s writings on logic is no small feat, and Bellucci is to be celebrated for his efforts." – Richard Kenneth Atkins in Journal of the History of Philosophy

"Francesco Bellucci’s new book is great news to those many who take interest in Peirce’s semiotics, be they intellectual historians, Peirce scholars, logicians, philosophers, semioticians, pragmatists. It constitutes a great leap forward in understanding the intricacies, depths, problems, and possibilities of that doctrine." – Frederik Stjernfelt in Sign Systems Studies

"Bellucci’s reconstruction of the development of Peirce’s conception of the foundations of his semiotic logic succeeds in accomplishing the aim it sets itself with paradigmatic erudition, impressive expository perspicuity and great care for the most minute details … It, therefore, represents one of the most important contributions to this central branch of scholarship in Peirce." – Alessandro R. R. Topa in Cognitio

Chapter 4. How to Reason

Chapter 5. The Schröder Reviews and the Logical Graphs

Francesco Bellucci is Adjunct Professor at the University of Bologna and Research Fellow at the Tallinn University of Technology. He was awarded the Peirce Society Essay Contest Prize in 2015.