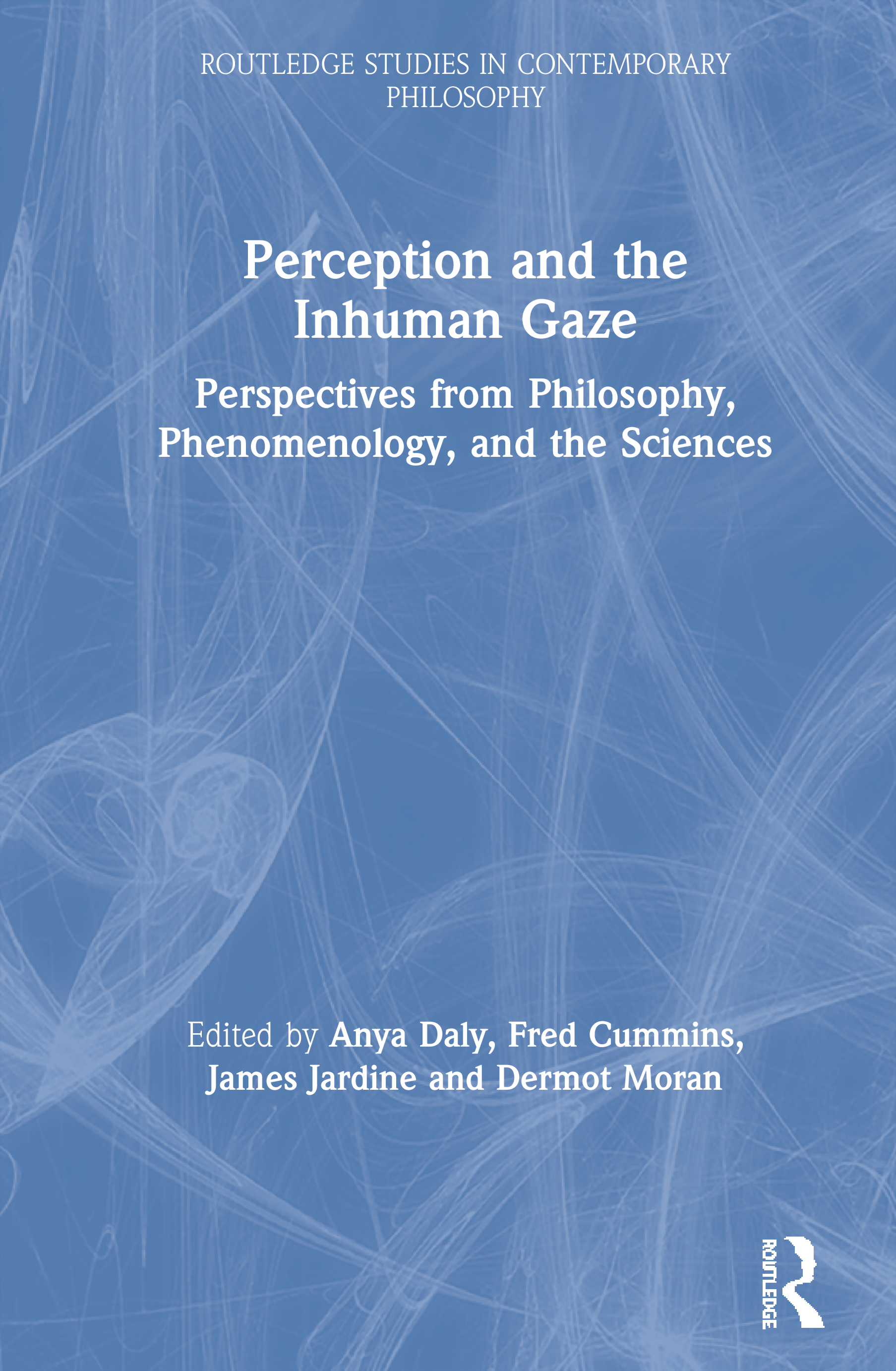 Perception and the Inhuman Gaze

Perspectives from Philosophy, Phenomenology, and the Sciences, 1st Edition

The diverse essays in this volume speak to the relevance of phenomenological and psychological questioning regarding perceptions of the human. This designation, human, can be used beyond the mere identification of a species to underwrite exclusion, denigration, dehumanization and demonization, and to set up a pervasive opposition in Othering all deemed inhuman, nonhuman, or posthuman. As alerted to by Merleau-Ponty, one crucial key for a deeper understanding of these issues is consideration of the nature and scope of perception. Perception defines the world of the perceiver, and perceptual capacities are constituted in engagement with the world – there is co-determination. Moreover, the distinct phenomenology of perception in the spectatorial mode in contrast to the reciprocal mode, deepens the intersubjective and ethical dimensions of such investigations.

Questions motivating the essays include: Can objectification and an inhuman gaze serve positive ends? If so, under what constraints and conditions? How is an inhuman gaze achieved and at what cost? How might the emerging insights of the role of perception into our interdependencies and essential sociality from various domains challenge not only theoretical frameworks, but also the practices and institutions of science, medicine, psychiatry and justice? What can we learn from atypical social cognition, psychopathology and animal cognition? Could distortions within the gazer’s emotional responsiveness and habituated aspects of social interaction play a role in the emergence of an inhuman gaze?

Perception and the Inhuman Gaze

"This volume brings together diverse areas of philosophical and interdisciplinary research around the richly ambiguous theme of ‘the inhuman gaze,’ which raises fruitful questions concerning the status of the transcendental subject in phenomenology, the nature of embodiment and perception, our understanding of psychopathology, the meaning of objectivity, and our ethical relationships to others like and unlike ourselves. Itis a timely and exciting volume of essays with both a compelling focus and an impressive scope." – Laura McMahon, Eastern Michigan University, USA

Part I. The Gaze in Classical Phenomenology: Perspectives on Objectification

1. Defending the Objective Gaze as a Self-transcending Capacity of Human Subjects

2. Two Orders of Bodily Objectification: The Look and the Touch

5. Disclosure and the Gendered Gaze in Simone de Beauvoir's Ethics

Perception and its Objects.

9. The Inhuman Gaze and Perceptual Gestalts: The Making and Unmaking of Others and Worlds

11.The Inhuman and Human Gaze in Psychiatry, Psychopathology and Schizophrenia.

13. From excess to exhaustion : The rise of burnout in a post-modern achievement society.

Part IV. Beyond the Human: Divine, Posthuman and Animal Gazes

15. Wondering at the Inhuman Gaze

17. Beyond Human and Animal: Metamorphosis in Merleau-Ponty

Part V. Sociality and Boundaries of the Human

18.Voice and gaze considered together in ‘languaging’.

19.Ethics Beyond the Human: Disability and The Inhuman

21. What are you looking at? Dissonance as a window on the autonomy of participatory sense-making frames.

Anya Daly is Honorary Fellow at the University of Melbourne, Australia and a former IRC Fellow at University College Dublin, Ireland.

Fred Cummins is Associate Professor of Cognitive Science in the School of Computer Science at University College Dublin, Ireland.

James Jardine is Postdoctoral Fellow at the University of Jyväskylä, Finland and a former IRC Fellow at University College Dublin, Ireland.

Dermot Moran is the inaugural holder of the Joseph Chair in Catholic Philosophy at Boston College, USA and Full Professor of Philosophy at University College Dublin, Ireland.