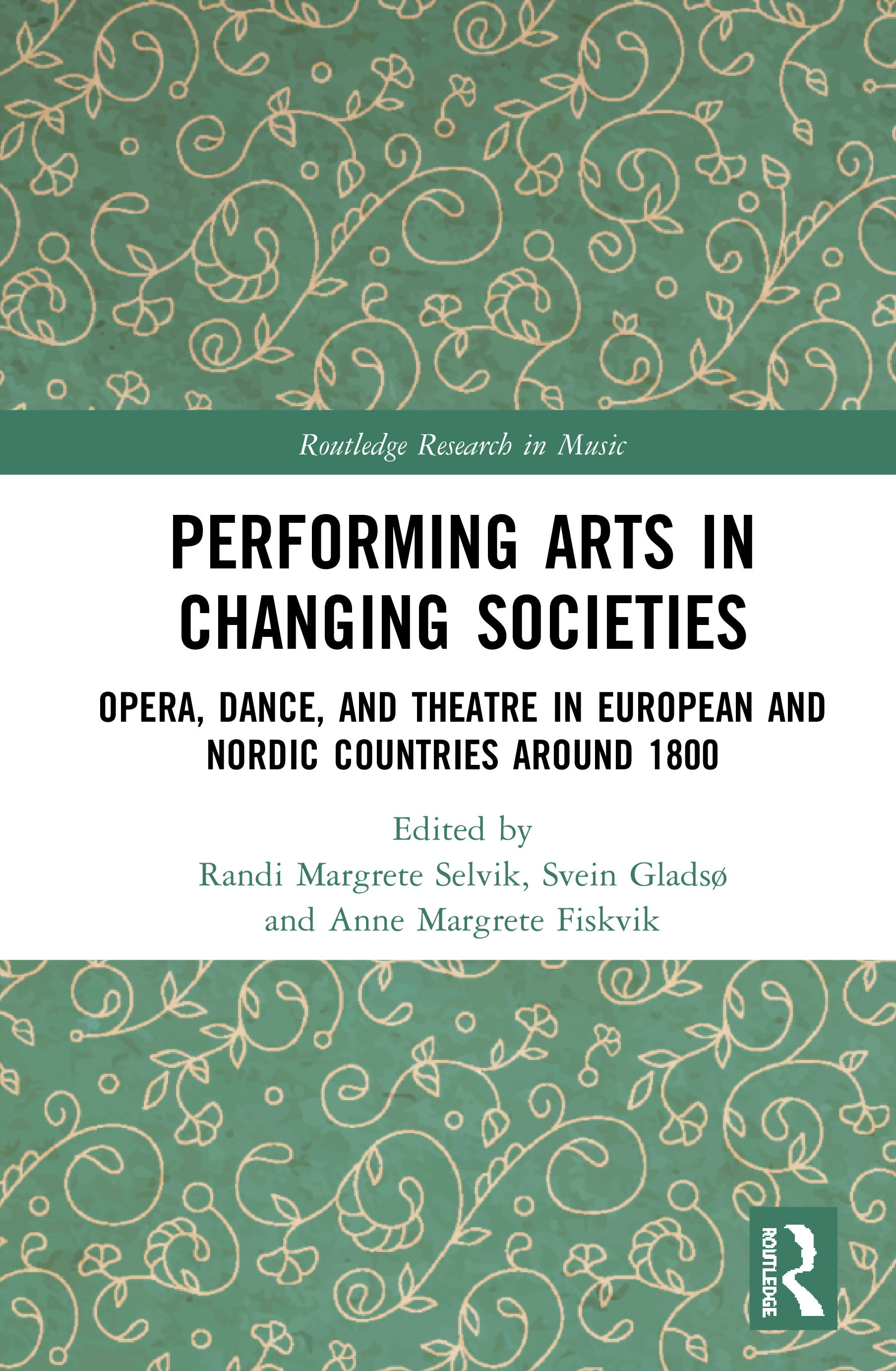 Opera, Dance, and Theatre in European and Nordic Countries around 1800, 1st Edition

Performing Arts in Changing Societies is a detailed exploration of genre development within the fields of dance, theatre and opera in selected European countries during the decades before and after 1800. An introductory chapter outlines the theoretical and ideological background of genre thinking in Europe, starting from Antiquity. A further fourteen chapters cover the performing genres as they developed in England, France, Germany, and Austria, and follow the dissemination and adaptation of the corresponding genres in minor and major cities in the Nordic countries. With a strong emphasis on the role that pragmatic and contextual factors had in defining genres, the book examines such subjects as the dancing-masters in Christiania (Oslo), circa 1800, the repertory and travels of an itinerant acrobat and his wife in Norway in the 1760s and the influence of Enlightenment ideas on bourgeois drama in Denmark.

Including detailed analyses in the light of material, political, and social factors, this is a valuable resource for scholars and researchers in the fields of musicology, opera studies, and theatre and performance studies.

1. Performative Arts between Rules and Realities: The Adaptive History of Genre

2. Opera at Home: Performance and Ownership in Eighteenth-Century France

5. Syngespill – a Favourite or a Substitute?

7. Amphions of the North – Court Kapellmeisters in the Musical Life of Sweden around 1800

8. Representative Performances, Political Propaganda and the Question of Financing – The Royal Swedish Opera in Stockholm 1773–1823

12. Pantomime under the Aurora Borealis: The Winter Season of the Gautier Troupe in Trondheim, Norway, 1839/40

13. ‘Not for Pleasure Alone’: The Dramatic Societies and the Theatre Craze, 1770–1850: Their Background in the Age of Enlightenment and Their Importance for the Emergence of Private Theatres in Denmark

14. On the Wire: Scenographing Affect at Sillgateteatern in Gothenburg around 1800

Randi M. Selvik is emerita professor of musicology at the Department of Music, the Norwegian University of Science and Technology (NTNU), Norway

is a professor of theatre studies at the Department of Art and Media Studies, the Norwegian University of Science and Technology (NTNU), Norway

holds the position as Professor at the Department of Musicology, Program for Dance Studies, the Norwegian University of Science and Technology (NTNU), Norway

This series is our home for cutting-edge, upper-level scholarly studies and edited collections. Considering music performance, theory, and culture alongside topics such as gender, race, ecology, film, religion, politics, and science, titles are characterized by dynamic interventions into established subjects and innovative studies on emerging topics.