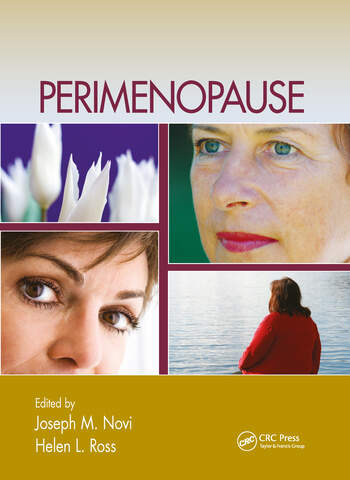 A simple and accessible reference that is perfect for the busy gynecologist or obstetrician in clinical practice, Perimenopause presents a comprehensive discussion on the various issues affecting menopausal women. Each chapter contains handy quick-tab-tables to swiftly locate diagnoses and treatment methodologies.

Key topics in the text include:

JOSEPH M. NOVI is Director of the Division of Urogynecology and Reconstructive Pelvic Surgery and Assistant Residency Program Director of Obstetrics and Gynecology, Riverside Methodist Hospital, and Clinical Assistant Professor of Obstetrics and Gynecology, The Ohio State University, Columbus, Ohio, USA. He completed a Urogynecology and Reconstructive Pelvic Surgery Fellowship at the University of Pennsylvania, Philadelphia, Pennsylvania, USA. Dr. Novi has been the recipient of several awards, including two Fellows’ Teaching Awards and the Outstanding Resident Educator award. He is a member of the American Medical Association, the American Association of Gynecologic Laparoscopists, and the International College of Surgeons, among others. Dr. Novi is also an editor for the American College of Physicians Physician’s Interactive Educational Resource and a reviewer for The Journal of Reproductive Medicine, the International Journal of Urogynecology, and the American Journal of Obstetrics and Gynecology.

HELEN L. ROSS is Clinical Assistant Professor of Obstetrics and Gynecology, University of Florida College of Medicine, Gainesville, Florida, USA. She developed her interest in perimenopause while in private practice when she realized the effects of perimenopause on all aspects of a woman’s life. Consequently, Dr. Ross’s interest in perimenopause and menopause lead to presentations to local and state-wide groups on these topics. A board-certified obstetrician/gynecologist, Dr. Ross received the 2002 APGO Excellence in Teaching Award. In addition to her training in obstetrics and gynecology, Dr. Ross received a Master of Science in Genetics from Pennsylvania State University, Harrisburg, Pennsylvania, USA. Following her residency, she completed a fellowship in reproductive genetics from both the Department of Obstetrics and Gynecology and the Department of Molecular and Human Genetics at Baylor College of Medicine, Houston, Texas, USA.