Permanent magnet synchronous motors (PMSMs) have been used in the field of electric vehicles due to their high-power density, large torque to inertia ratio, and high reliability. This book presents an improved Field-oriented control (FOC) strategy, for optimal proportional-integral (PI) parameters for robust stability, faster dynamic response, and higher efficiency in the flux-weakening region. Combined design of a PI current regulator and a varying switching frequency PWM is presented, including improved linear model predictive control (MPC) control strategy. This book is aimed at researchers and graduate students in electrical Engineering, systems and control, and electric vehicles.

This book is aimed at researchers, graduate students, and libraries in electrical engineering with specialization in systems and control and electric vehicles.

Chapter 1: Introduction
Abstract
1.1 Research Background and Significance of the PMSMs in Industrial Applica-tions and Main Construction
1.2 Literature Review for the PMSM Control Schemes
1.3 Contribution of the Book
1.4 Organization of the Book
1.5 Summary
Bibliography

Wei Xu (M’09-SM’13) received the double B.E. and M.E. degrees from Tianjin University, Tianjin, China, in 2002 and 2005, and the Ph.D. from the Institute of Electrical Engineering, Chinese Academy of Sciences, in 2008, respectively, all in electrical engineering. His research topics mainly cover design and control of linear/rotary machines.

From 2008 to 2012, he made Postdoctoral Fellow with University of Technolo-gy Sydney, Vice Chancellor Research Fellow with Royal Melbourne Institute of Technology, Japan Science Promotion Society Invitation Fellow with Meiji Uni-versity, respectively. Since 2013, he has been full professor with State Key La-boratory of Advanced Electromagnetic Engineering in Huazhong University of Science and Technology, China. He is Fellow of the Institute of Engineering and Technology (IET). He is the General Chair for 2021 International Symposium on Linear Drives for Industry Applications (LDIA 2021) and 2023 IEEE Internation-al Conference on Predictive Control of Electrical Drives and Power Electronics (PRECEDE 2023), both in Wuhan, China. He has published over 140 papers, and over 120 Invention Patents granted, all in the re-lated field of electrical machines and drives. He has been Associate Editor for several IEEE Transactions Journals.

received his B.E. and M.E. degrees in Electrical Engi-neering from the Minia University, EL-Minya, Egypt, in 2011 and 2016, respec-tively. Besides, he also received his Ph.D. degree in 2021 at the school of Elec-trical and Electronics Engineering, State Key Laboratory of Advanced Electro-magnetic Engineering of Huazhong University of Science and Technology, Wu-han, China. He has been awarded an Honorary International Graduate Certificate for his Ph.D. degree.

He is currently employed as Assistant Professor at Minia University In 2021. He starts teaching at the Higher Institute of Engineering and Technology in New Minya city.

He has published scientific papers in both international conferences and high-quality SCI journals. He serves as a reviewer for IEEE Transactions journals (TVT, TIE, TTE, TPEL, TEC, and IAS), IEEE-JESTIE, and IEEE-Access. He has been selected as one of the Top Reviewers of IEEE Transactions on Vehicular Technology in 2020.

received the Ph.D. degree from University of Technology Sydney (UTS), Sydney, Australia, in 2014 in electrical engineering.

He is currently a Senior Lecturer with the School of Electrical, Computer, and Telecommunications Engineering (SECTE), University of Wollongong (UOW), New South Wales, Australia. He is a Senior Member of IEEE. His research inter-ests are in the fields of power electronic converters, renewable energy technolo-gies, power quality, electrical machines, electric vehicles, and smart grid. He has authored or co-authored more than 330 papers including about 100 IEEE Trans-actions/IEEE Journal papers. He has written or edited 7 technical books pub-lished by Springer and Taylor & Francis. He has received several Best Paper Awards including 2 Best Paper recognitions from IEEE Transactions on Energy Conversion in 2020. He is serving as an Associate Editor for the IEEE Transac-tions on Industrial Electronics, IEEE Transactions on Energy Conversion, IEEE Power Engineering Letters, and IEEE Access. As a Lead Guest Editor, he has or-ganized the first joint IEEE Industrial Electronics Society and IEEE Power & En-ergy Society Special Section entitled "Advances in High-frequency Isolated Power Converters". He is an Editor of the Book Series entitled "Advanced in Power Electronic Converters" for CRC Press, Taylor & Francis Group. He has received several funding from Government and Industries including in total $5.48 million from Australian Government through Australian Research Council (ARC) Discovery Project (DP) 2020 entitled "A Next Generation Smart Solid-State Transformer for Power Grid Applications" and ARC Industrial Transfor-mation Training Centre Project 2021 entitled "ARC Training Centre in Energy Technologies for Future Grids". 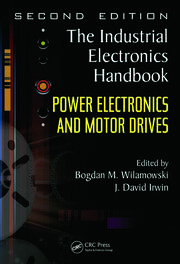 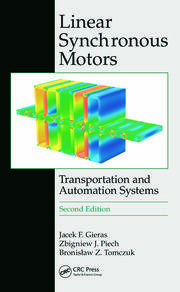