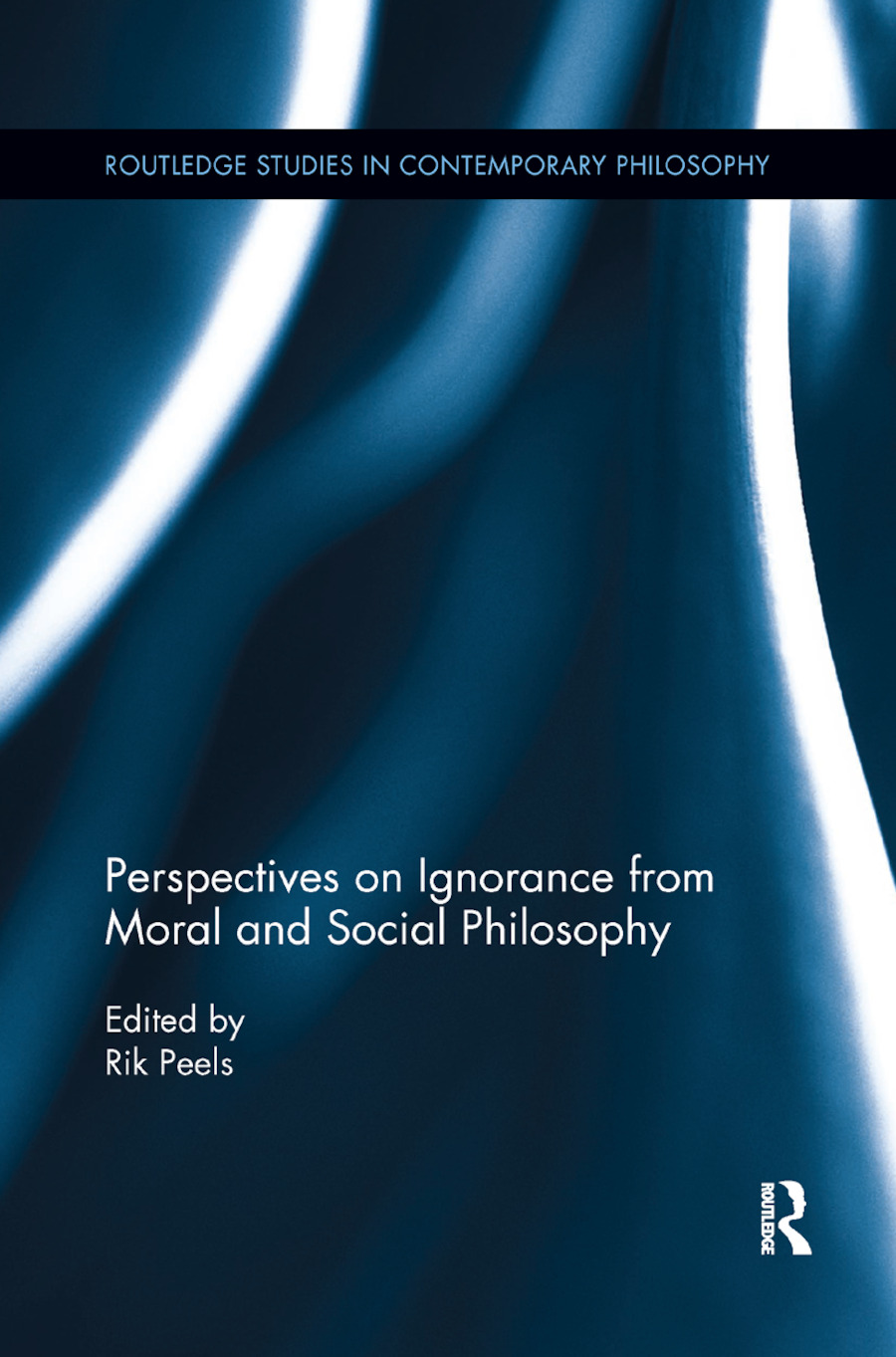 Perspectives on Ignorance from Moral and Social Philosophy

This edited collection focuses on the moral and social dimensions of ignorance—an undertheorized category in analytic philosophy. Contributors address such issues as the relation between ignorance and deception, ignorance as a moral excuse, ignorance as a legal excuse, and the relation between ignorance and moral character. In the moral realm, ignorance is sometimes considered as an excuse; some specific kind of ignorance seems to be implied by a moral character; and ignorance is closely related to moral risk. Ignorance has certain social dimensions as well: it has been claimed to be the engine of science; it seems to be entailed by privacy and secrecy; and it is widely thought to constitute a legal excuse in certain circumstances. Together, these contributions provide a sustained inquiry into the nature of ignorance and the pivotal role it plays in the moral and social domains.

Rik Peels is a postdoctoral researcher at the Vrije Universiteit Amsterdam, the Netherlands. His primary research interests are the ethics of belief, ignorance, science and scientism, and various issues in the philosophy of religion, such as whether God has a sense of humor. He published on these issues in, amongst others, Australasian Journal of Philosophy, Journal of Philosophy, Philosophical Studies, Philosophical Quarterly, and Philosophy and Phenomenological Research. He is the author of Responsible Belief: An Essay at the Intersection of Ethics and Epistemology (2016). In this book, he argues that we lack control over our beliefs. We are nevertheless responsible for our beliefs because of the influence we have on our beliefs. Responsible belief should be understood in terms of our obligations to exercise such influence and in terms of being excused for failing to do so. With Martijn Blaauw, he edited another volume on ignorance: The Epistemic Dimensions of Ignorance (2016). With Jeroen de Ridder and René van Woudenberg, he is also the editor of Scientism: A Philosophical Exposition and Evaluation (2017).