Perverse Psychology
The pathologization of sexual violence and transgenderism 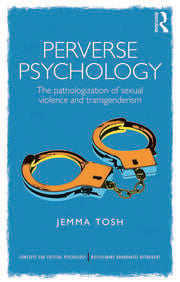 Perverse Psychology: The pathologization of sexual violence and transgenderism

Psychology defines people who take pleasure in the suffering of others as having a form of mental illness, while media representations frame such behaviour as ‘evil’. This is hotly contested territory, not least where sexual violence is concerned – violence which feminist voices argue is related to power rather than sex.

examines psychiatric constructions of sexual violence and transgender people from the 19th century until the latest DSM-5 diagnoses. It uses discourse analysis to interrogate the discursive boundaries between 'normal' and 'abnormal' rape, as well as the pathologization of gender and sexual diversity. The book illuminates for the first time the parallels between psychiatry’s construction of gender diversity and sexual violence, and leads us to question whether it is violence that the profession finds so intriguing, or the gender nonconformity it represents.

is ideal reading for postgraduate students and researchers in the fields of critical psychology, discourse analysis, feminism, transgender people, LGBT psychology, and the history of psychiatry.

Jemma Tosh is a lecturer in Psychology at the University of Chester, UK. Her research interests include feminism and gender, including transgenderism and intersexuality; intersections between academia and activism; critical psychology, community psychology, and the history of psychology and psychiatry. 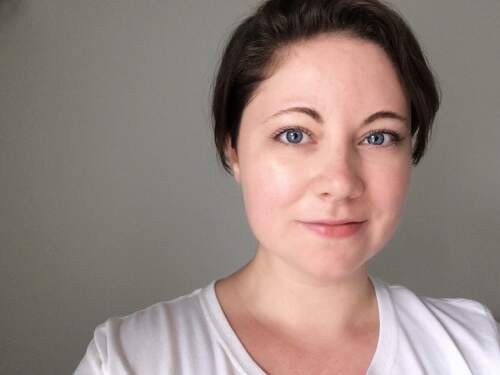 ‘At last, a book that speaks about the unspoken, discusses topics that society would rather brush under the carpet and makes sense of the disorganised evidence-base. This book serves to instigate discussion and contemplation. Well written, well referenced – a highly stimulating read.’ – Kirsten Nokling, The Psychologist

‘This highly original, closely argued and ingenious analysis reverses the discourse of pathology to reveal psychology and psychiatry models as perverse, rather than those they diagnose. It unpacks conventional understandings of the relations between gender and sexuality to show how 'paraphilic rape' is constructed as a perversion of gender, rather than sexuality, so showing how assumptions of gender and (ir)rationality inhabit classifications of pathological sexual violence. Tosh generates an alternative analysis of psychiatric discourses around sexual coercion/violence, to link campaigns against rape with those against gender non-conformity, demonstrating how urgent methodological and political consequences follow from transfeminist perspectives.’ – Erica Burman, Professor of Education, Manchester Institute of Education, The University of Manchester, UK

'The purpose of this book is to foster awareness concerning enigmatic beliefs about sexual violence and transgender individuals with regard to differing historical perspectives throughout the last few decades. The book addresses incorrect assumptions, fear, suffering, and prejudice due to the nature of public and media exposure and misrepresentation. Perverse Psychology is well written, insightful, interesting, informative, and an excellent resource for counselors and other mental health providers.' – Joan N. Strutton, PsycCRITIQUES

'What Tosh's work does is place at centre stage the politics of the mental health professions - how they deliberate and what they conclude, through classification and explanation, about sexual violence and gender identity, matters to academics and activists, and, most importantly, anyone interested in gender justice. For this reason alone, I would recommend it as a welcome addition to these debates.' - Pierre Brouard, Psychology in Society