Philosophy, Science, and History
A Guide and Reader 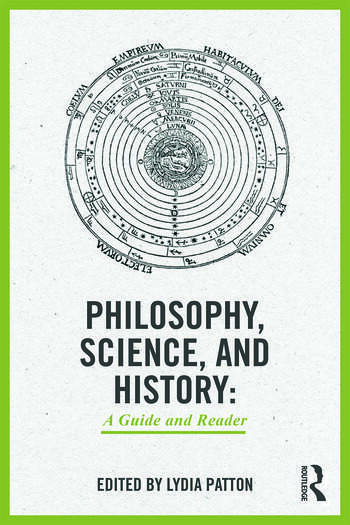 Philosophy, Science, and History: A Guide and Reader

Philosophy, Science, and History: A Guide and Reader is a compact overview of the history and philosophy of science that aims to introduce students to the groundwork of the field, and to stimulate innovative research. The general introduction focuses on scientific theory change, assessment, discovery, and pursuit. Part I of the Reader begins with classic texts in the history of logical empiricism, including Reichenbach’s discovery-justification distinction. With careful reference to Kuhn’s analysis of scientific revolutions, the section provides key texts analyzing the relationship of HOPOS to the history of science, including texts by Santayana, Rudwick, and Shapin and Schaffer. Part II provides texts illuminating central debates in the history of science and its philosophy. These include the history of natural philosophy (Descartes, Newton, Leibniz, Kant, Hume, and du Châtelet in a new translation); induction and the logic of discovery (including the Mill-Whewell debate, Duhem, and Hanson); and catastrophism versus uniformitarianism in natural history (Playfair on Hutton and Lyell; de Buffon, Cuvier, and Darwin).

The editor’s introductions to each section provide a broader perspective informed by contemporary research in each area, including related topics. Each introduction furnishes proposals, including thematic bibliographies, for innovative research questions and projects in the classroom and in the field.

Part One Approaches to the History and Philosophy of Science

Part Two Debates in History and Philosophy of Science

A. Hypotheses in Scientific Discovery

B. Force in Natural Philosophy

Lydia Patton is Associate Professor in the Department of Philosophy, Virginia Tech. Dr. Patton's research centers on the history and philosophy of science and epistemology.  Recent work includes "Methodology of the Sciences," forthcoming, Oxford Handbook of Nineteenth Century German Philosophy;  "Experiment and Theory Building" (Synthese); "Hermann Von Helmholtz" (Stanford Encyclopedia of Philosophy); and "Signs, Toy Models, and the A Priori" (Studies in History and Philosophy of Science).

"This innovative anthology is a must for all those who have been puzzled and delighted at the crossroads of philosophy, history, and science. Rooted in the recent flourishing of scholarship in HOPOS (history of philosophy of science), this unique collection addresses many far-reaching questions concerning the nature and development of knowledge. The various general programmatic statements in the opening section of the book are enriched and sharpened by articles embodying the history of three specific philosophical–scientific debates. Lydia Patton has admirably shaped this collection into a lively resource to aid further research and debate, going well beyond providing a static repository of great works."

"Philosophy, Science, and History is an anthology, consisting mostly of excerpts from important texts in philosophy of science...the editor’s introductions are very good as they provide excellent contexts for the understanding of the texts, debates, and problems, as well as indications for further reading and research, along with brief comments on current literature about the themes presented. The introduction to Part II-B is particularly outstanding in this aspect: more than just contextualizing the remarkable sample of the natural philosophy texts presented, the editor also suggests, in a quite precise manner, three more debates that could figure in tha section as well. Hence, with this book, someone who begins to explore HOPOS has not only a solid starting point, but also a clear prospect of continuation."