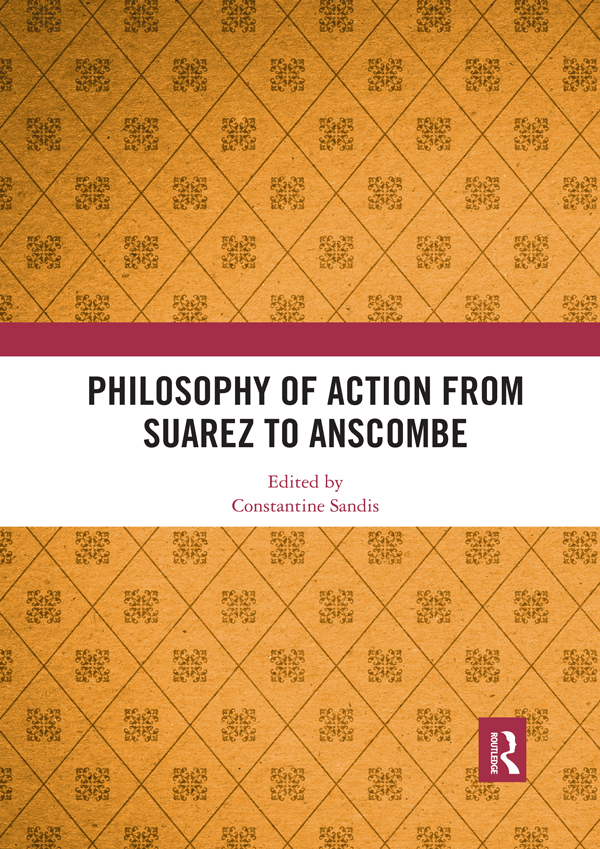 Philosophy of Action from Suarez to Anscombe

Accounts of human and animal action have been central to modern philosophy from Suarez and Hobbes in the sixteenth century to Wittgenstein and Anscombe in the mid-twentieth century via Locke, Hume, Kant, and Hegel, among many others. Philosophies of action have thus greatly influenced the course of both moral philosophy and the philosophy of mind. This book gathers together specialists from both the philosophy of action and the history of philosophy with the aim of re-assessing the wider philosophical impact of action theory. It thereby explores how different notions of action, agency, reasons for action, motives, intention, purpose, and volition have affected modern philosophical understandings of topics as diverse as those of human nature, mental causation, responsibility, free will, moral motivation, rationality, normativity, choice and decision theory, criminal liability, weakness of will, and moral and social obligation. In so doing, it reinterprets the history of modern philosophy through the lens of action theory while also tracing the origins of contemporary questions in the philosophy of action back across half a millennium.

This book was originally published as a special issue of Philosophical Explorations.

"A number of the papers raise fascinating issues which contemporary philosophers of action may well benefit from engaging with."

1. Agents, objects, and their powers in Suarez and Hobbes Thomas Pink

2. Human action and virtue in Descartes and Spinoza Noa Naaman-Zauderer

3. Action, knowledge and embodiment in Berkeley and Locke Tom Stoneham

9. Before ethics: scientific accounts of action at the turn of the century Anna C. Zielinska

10. The touch of King Midas: Collingwood on why actions are not events Giuseppina D’Oro

11. Remarks on the "thickness" of action description: with Wittgenstein, Ryle, and Anscombe Julia Tanney

Constantine Sandis is Professor of Philosophy at the University of Hertfordshire, UK.