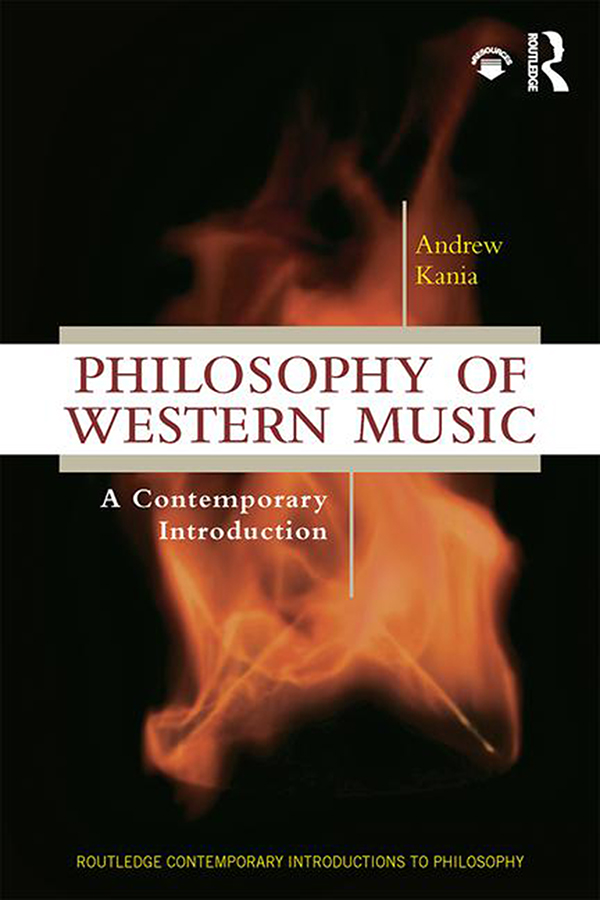 This is the first comprehensive book-length introduction to the philosophy of Western music that fully integrates consideration of popular music and hybrid musical forms, especially song. Its author, Andrew Kania, begins by asking whether Bob Dylan should even have been eligible for the Nobel Prize in Literature, given that he is a musician. This motivates a discussion of music as an artistic medium, and what philosophy has to contribute to our thinking about music. Chapters 2-5 investigate the most commonly defended sources of musical value: its emotional power, its form, and specifically musical features (such as pitch, rhythm, and harmony). In chapters 6-9, Kania explores issues arising from different musical practices, particularly work-performance (with a focus on classical music), improvisation (with a focus on jazz), and recording (with a focus on rock and pop). Chapter 10 examines the intersection of music and morality. The book ends with a consideration of what, ultimately, music is.

"Andrew Kania's Philosophy of Western Music is the book that I and my students have been waiting for. Scholarly, lucid, and pleasingly opinionated, it will both enlighten and enthuse anyone with a serious interest in the analytic philosophy of music."

1. Song and the medium of music

2. Emotions in the music

3. Emotions in the listener

5. The value of music

11. The definition of music

Andrew Kania is Professor of Philosophy at Trinity University in San Antonio; his principal research is in the philosophy of music, film, and literature. He is the editor of Memento (in Routledge’s series Philosophers on Film, 2009) and co-editor, with Theodore Gracyk, of The Routledge Companion to Philosophy and Music (2011).

An innovative, well structured series, the Routledge Contemporary Introductions to Philosophy are designed for students who already have completed an introductory-level course in philosophy.  Each book introduces a core general subject in contemporary philosophy and offers students an accessible but substantial transition from introductory to higher-level college work in that subject.  The series is accessible to non-specialists and each book clearly motivates and expounds the problems and positions introduced.  An orientating chapter briefly introduces its topic and reminds readers of any crucial material they need to have retained from a typical introductory course.  Considerable attention is given to explaining central philosophical problems of a subject and the main competing solutions and arguments for those solutions.  The primary aim is to educate students in the main problems, positions and arguments of contemporary philosophy rather than to convince students of a single position.