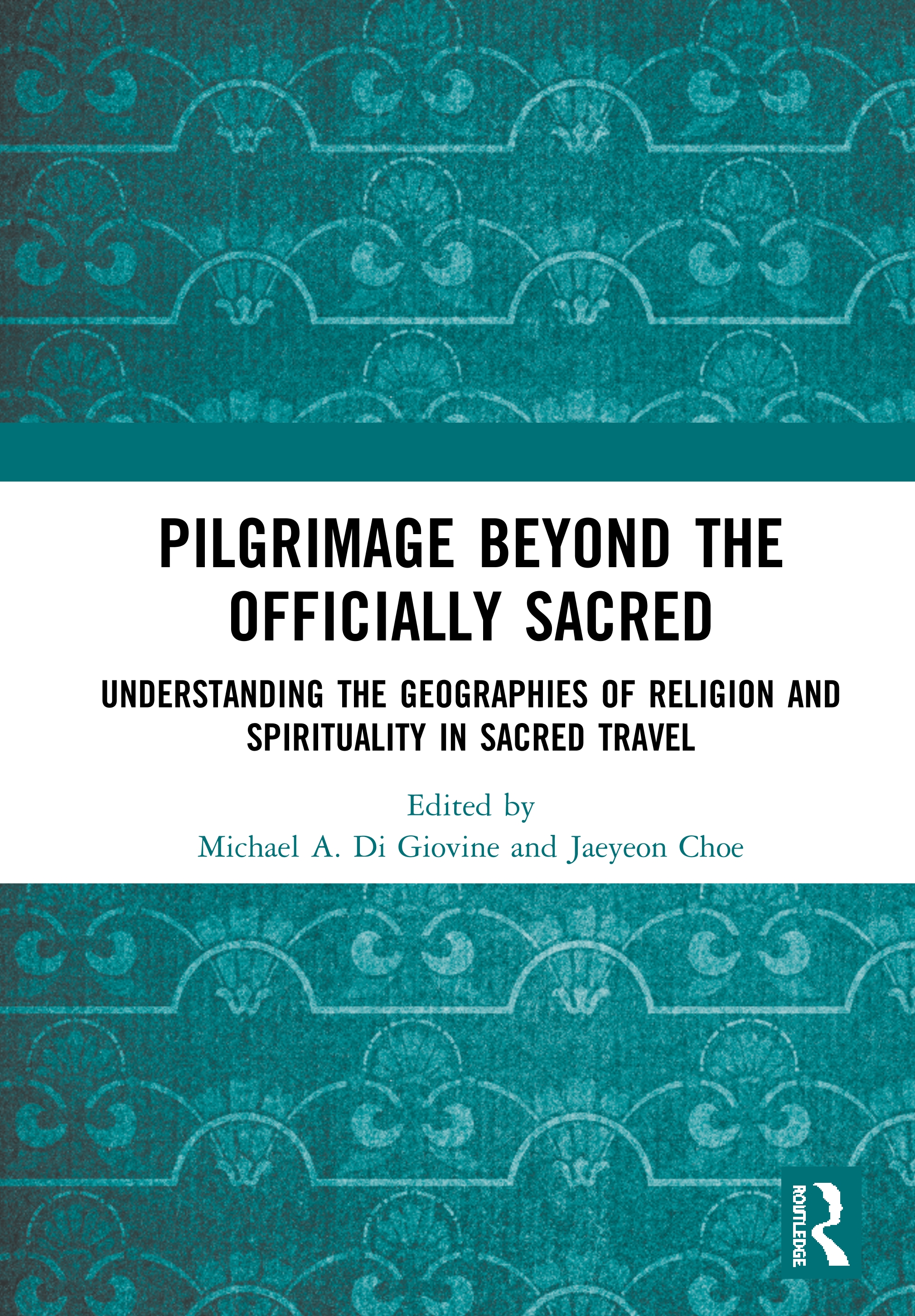 Pilgrimage beyond the Officially Sacred

Understanding the Geographies of Religion and Spirituality in Sacred Travel, 1st Edition

Pilgrimage beyond the Officially Sacred: Understanding the Geographies of Religion and Spirituality in Sacred Travel examines the many ways in which pilgrimage engages with sacredness, delving beyond the officially recognized, and often religiously conceived, pilgrimage sites.

As scholarship examining the lived experiences of pilgrims and tourists has demonstrated, pilgrimage need not be religious in nature, nor be officially sanctioned; rather, they can be 'hyper-meaningful' voyages, set apart from the everyday profane life—in a word, they are sacred. Separating the social category of 'religion' from the 'sacred,' this volume brings together a multidisciplinary group of scholars employing perspectives from anthropology, geography, sociology, religious studies, theology, and interdisciplinary tourism studies to theorize sacredness, its variability, and the ways in which it is officially recognized or condemned by power brokers. Rich in case studies from sacred centers throughout the world, the contributions pay close attention to the ways in which pilgrims, central authorities, site managers, locals, and other stakeholders on the ground appropriate, negotiate, shape, contest, or circumvent the powerful forces of the sacred. Delving ‘beyond the officially sacred,’ this collective examination of pilgrimages—both well-established and new, religious and secular, authorized and not—presents a compelling look at the interplay of secular powers and the transcendent forces of the sacred at these hyper-meaningful sites.

Providing a blueprint for how work in the anthropology and geography of religion, and the fields of pilgrimage and religious tourism, may move forward, Pilgrimage beyond the Officially Sacred will be of great interest to an interdisciplinary field of scholars. The chapters were originally published as a special issue in Tourism Geographies.

Geographies of religion and spirituality: pilgrimage beyond the ‘officially’ sacred

1. From the liminal to the lateral: urban religion in English cathedrals

2. Meaning-making in the course of action: affordance theory at the pilgrim/tourist nexus

7. Reframing and Reconceptualising Gambling tourism in Macau as a Chinese Pilgrimage

Michael A. Di Giovine is Associate Professor of Anthropology in the Department of Anthropology and Sociology at West Chester University of Pennsylvania, USA, and Director of the West Chester University Museum of Antrhopology and Archaeology. He is also a former tour operator whose research in Europe (Italy and Spain) and Southeast Asia (Vietnam and Cambodia) focuses primarily on pilgrimage and tourism, heritage discourses and practices, religious movements and cults, and foodways. He is the Book Reviews Editor of both Journey and The Journal of Tourism and Cultural Change, and is the editor of the book series The Anthropology of Tourism: Heritage, Mobility and Society with Lexington Books. A founder and Convenor of the Anthropology of Tourism Interest Group at the American Anthropological Association, Michael has published widely on pilgrimage and religious tourism; among his many publications is the co-edited volume, The Seductions of Pilgrimage: Sacred Journeys Afar and Astray in the Western Religious Tradition (Routledge, 2015).

Jaeyeon Choe is Senior Lecturer in the Department of People and Organizations at Bournemouth University, UK. She holds a PhD in tourism management with a minor in cultural anthropology from The Pennsylvania State University, USA. As an interdisciplinary researcher, her research areas revolve around spiritual/religious/wellness tourism, sustainable development, social sustainability, and poverty alleviation. She has worked on multiple tourism projects in Southeast Asia (Indonesia, Thailand, and Vietnam) including a recent study, 'Tourism for SDGs: Wellness Tourism and Sustainable Development in Bali, Indonesia'. She serves as an associate editor for the e-Review Tourism Journal and is a fellow of the Royal Geographical Society. She also co-founded the Refugee and Migrant Leisure Network with community organizations and local councils.